2021 Holiday Movies Worth Watching on Hallmark, Netflix, Lifetime and More 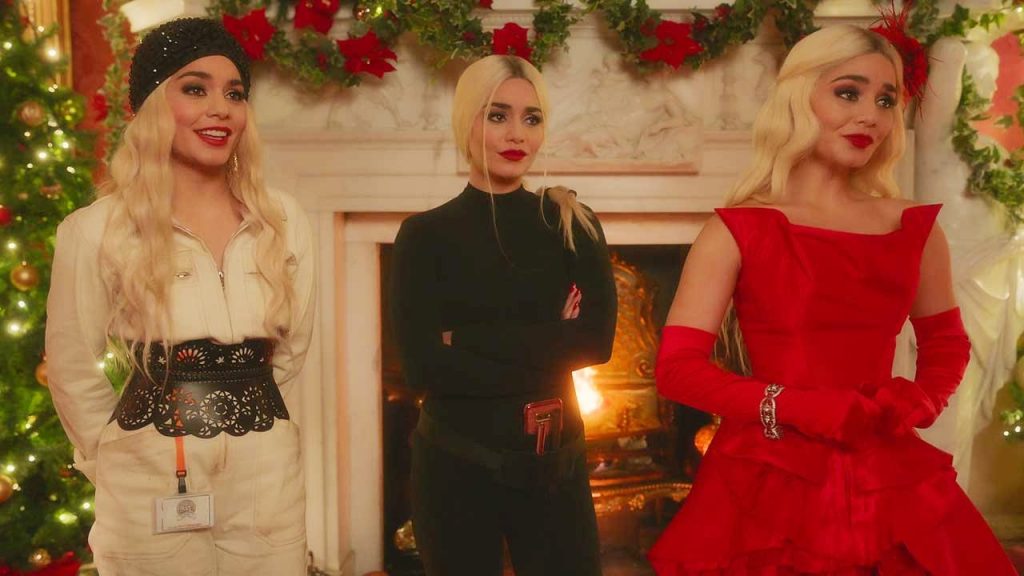 There’s nothing like turning on a festive movie and snuggling up in cozy pajamas with a hot beverage (or wine) to get in the mood for the holidays. If you’re ready to do this ASAP, you’re probably wondering which holiday movies are worth streaming this year. To help you avoid the endless scroll-through on your go-to streaming app, ET has gathered a selection of holiday films to watch from the comfort of your home this season.

Spanning across the major streaming services from Netflix to Apple TV+, there are so many fun, festive films to watch alone, with friends or family. Our top picks include Zoey’s Extraordinary Christmas, The Princess Switch 3: Romancing the Star (all three Vanessa Hudgenses are back), the Disney+ Home Alone remake, RuPaul’s The B***h Who Stole Christmas and more!

Get the details on the holiday flicks to stream below.

Starring: Ellie Kemper, Rob Delaney, Archie Yates, Aisling Bea, Kenan Thompson, Tim Simons
Plot: Love the OG Home Alone movies? Well, there’s a new 2021 installment you’ll want to watch with the family. Ten-year-old Max Mercer (Yates) is accidentally left behind at home during the holidays when his parents head for Tokyo. When Max is met with intruders, he does whatever it takes to protect his home.

Starring: Vanessa Hudgens, Nick Sagar, Remy Hii, Will Kemp, Amanda Donohoe, Sam Palladio
Plot: The Princess Switch is back with its third installment in the holiday film series. When a priceless Christmas relic is stolen from the Montenaro palace, lookalikes Margaret and Stacy turn to third doppelganger, Margaret’s cousin, Fiona, to help them find the missing artifact — involving a charismatic ex.

Premieres: Nov. 26
Plot: Brace yourself for this documentary about Christmas-obsessed lawyer Jeremy Morris, whose over-the-top holiday decorations land him a lawsuit when the neighbors find the holiday cheer display all too disruptive.

Premieres: Dec. 1
Starring: Jane Levy, Mary Steenburgen, Skylar Astin
Plot: Zoey’s Extraordinary Playlist is back, following the NBC cancellation of the musical dramedy, with a Roku Channel holiday movie, Zoey’s Extraordinary Christmas. The TV movie follows Zoey as she sets out to create a magical Christmas for her family just like the ones her late father, Mitch, used to do.

Premieres: Dec. 3
Starring: Inbar Lavi, Jake Epstein
Plot: A woman goes on a journey to find her secret admirer during Hanukkah. Take a look at the full lineup of Hallmark holiday movies.

The Housewives of the North Pole (Peacock)

Premieres: Dec. 9
Starring: Kyle Richards, Betsy Brandt, Tetona Jackson, Kyle Selig, Jearnest Corchado, Carlos Ponce, Alec Mapa and Damon Dayoub
Plot: Friends Trish (Richards) and Diana (Brandt) are known as the “Christmas Queens” of North Pole, Vermont, where they have dominated the holiday house decorating competition for years. Their friendship is tested when they get into a fight and split the town. Things get more dramatic when a journalist (Jackson) comes to town to write an expose called “Real Housewives of the North Pole.”

Premieres: Dec. 17
Starring: Emeraude Toubia, Mark Indelicato, Desmond Chiam, Rome Flynn, Vincent Rodriguez III, Isis King, Todd Grinnell, Constance Marie, Benito Martinez
Plot: With Love is a romantic comedy following the Diaz siblings, Lily and Jorge Jr., who are both on a mission to find love and purpose. Each of the five episodes, set during a different holiday throughout the year, follows Lily on her transition from being newly single to caught in a love triangle with two sexy suitors and Jorge Jr. as he introduces his new boyfriend Henry to the family for the first time on Christmas Eve/Nochebuena, and the Diazes’ cousin, Sol Perez, as they balance a potential blossoming relationship with their coworker Dr. Miles Murphy. The patriarchs of the family, Beatriz and Jorge Sr., as they also deal with their own relationship challenges and finding new ways to keep the spark alive in their 50s. The Diaz family takes a wild ride through all the highs and lows of life, during some of the most heightened holidays of the year.

Under the Christmas Tree (Lifetime)

Premieres: Dec. 19
Starring: Elise Bauman, Tattiawna Jones and Ricki Lake
Plot: Marketing whiz Alma Beltran (Bauman) and Christmas tree whisperer Charlie Freemont (Jones) cross paths when Charlie finds the perfect tree for the Maine Governor’s Holiday Celebration — right in Alma’s backyard. While they initially spar, romantic sparks soon begin to fly between the two women as the enchanting tree and some Christmas fairy dust from the town’s patissiere extraordinaire (Lake) bring out the best in them and spark each other to take leaps of faith and fight for love and Christmas magic.