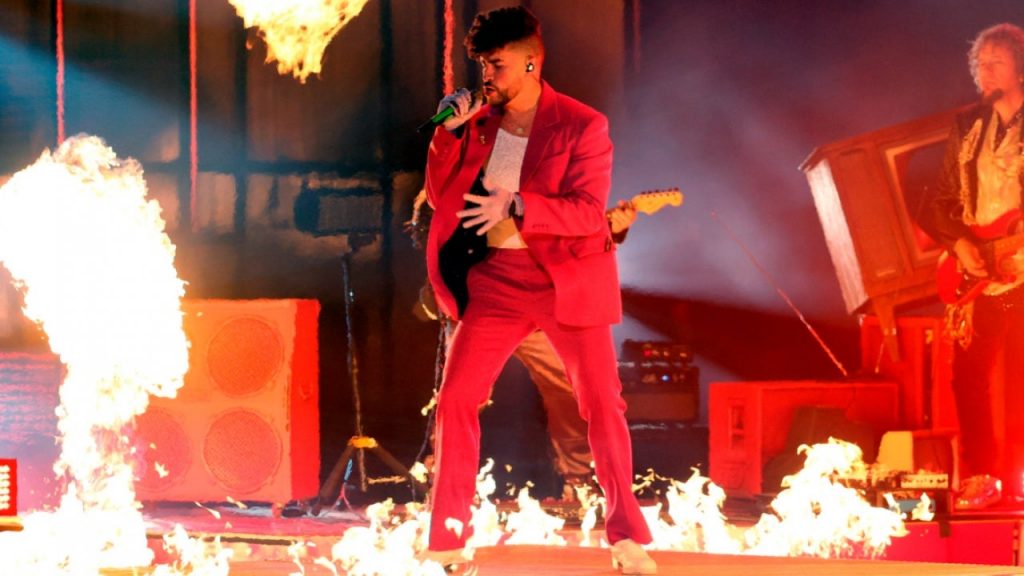 The 2021 Latin GRAMMY Awards brought people back together for an unforgettable night!

As the night comes to a close, here’s a look at some of the moments and highlights you’ll be talking about tomorrow from the 2021 Latin GRAMMY Awards. And — check out the winners, here.

The Latin queen kicked off the ceremony by performing a three-song medley, including her iconic song, “Abriendo Puertas,” along with “Cuando Hay Amor” and “Magalenha.”

Evaluna and her father, Ricardo Montaner, were on hand to introduce Camilo before his performance. During their intro, Ricardo couldn’t have been happier to present his son-in-law, and touched on their family getting bigger. Camilo also gave his baby on the way a shout-out during his acceptance speech.

Camilo and Evaluna are expecting their first child together. The couple announced the news last month in their “Indigo” music video.

A pregnant Mon Laferte showed off her powerful vocals as she joined the banda, Trevi and a mariachi for a stunning medley, which included “La Mujer.”

Ruben Blades Is the Person of the Year

The Latin music icon delivered a vibrant performance alongside Roberto Delgado & Orquesta featuring an ensemble of 20 musicians. El Residente later gave Blades the Person of the Year award and delivered a heartfelt speech.

Juanes, along with Ruben Albarran and Meme del Real of Cafe Tacvba, delighted audiences with a new arrangement of the late singer’s iconic “No Tengo Dinero.” The song is from Juanes’ Latin GRAMMY-winning album, Origen.

The artists were introduced by Gloria Estefan as they took the stage for a heartfelt, never-before-seen, acoustic rendition of “Patria y Vida.” Dedicated to Cuba, the artists all wore white as they were surrounded by candles. The artists took home the Song of the Year awards, among others.

Representing Mexico, the rock band and the ranchero singer performed a new rendition of Mana’s classic,“Mariposa Traicionera.” The two recently released the song as a remix.

The artist took the stage to accept the Best Urban Music Album awards and rocked a sharp pink suit. He later returned to perform his hit song “Maldita Pobreza” off of his album El Ultimo Tour Del Mundo.