2023 Golden Globes: Best, Biggest and Most Memorable Moments of the Night! 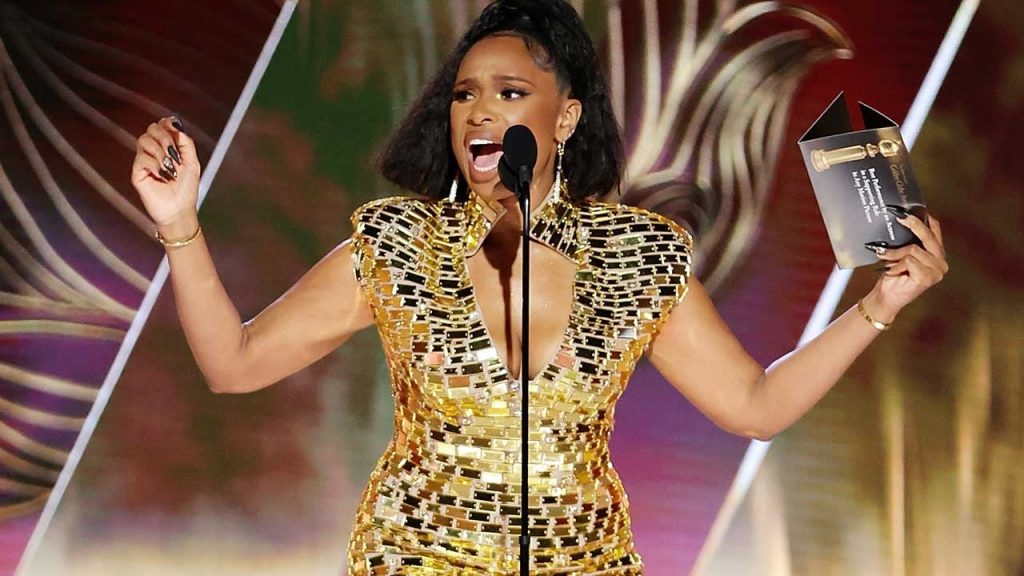 Some of the biggest names in Hollywood came together for a celebration of cinema and television on Tuesday at the Beverly Hilton in Beverly Hills, California, at the 2023 Golden Globes.

The night’s host, Jerrod Carmichael, opened the night with a surprisingly frank and candid opening monologue that addressed the Hollywood Foreign Press Association’s high-profile controversies — and then brought his comic stylings to the show with some unexpectedly edgy bits throughout the night.

Between the laughs, there was a score of surprising victories and triumphant moments that brought the audience to tears and to their feet in celebration in equal measure.

Here’s a look at some of the biggest, best and most memorable moments from the 80th Annual Golden Globe Awards.

Jerrod Carmichael Addresses the Elephant in the Room

To start off the show, Carmichael got serious and candid by delivering an opening monologue that addressed the show’s past controversies. “I’ll tell you why I’m here. I’m here because I’m Black,” Carmichael said. “This show… did not air last year because the Hollywood Foreign Press Association — I won’t say they were a racist organization, but they didn’t have one Black member until George Floyd died. Do with that information what you will.” Taking a seat on the steps at the edge of the stage, Carmichael treated the monologue as a subdued, personal one-man show and it set the tone while also allowing the show to move forward without the specter of unaddressed controversy looming over it.

This year’s show kicked off on a strong note with a delightful surprise as Jennifer Hudson presented the first award of the night. Ke Huy Quan took home the award for Best Supporting Actor in a Motion Picture for his acclaimed performance in Everything Everywhere All At Once. He got emotional as he thanked Steven Spielberg for giving him his big break years ago in Indiana Jones and the Temple of Doom.

The mood was instantly elevated by the heartfelt and genuine glee of the speech and only got more excited when Angela Bassett took home the win for Best Supporting Actress in a Motion Picture for her commanding presence in Black Panther: Wakanda Forever. Jennifer Hudson could hardly contain her joy — and mirrored the reaction of fans watching across the country.

After snagging the win for Best Actor in a Motion Picture — Musical or Comedy for his role in The Banshees of Inisherin, Farrell took to the stage to deliver his acceptance speech and used the opportunity to show presenter Ana de Armas some love. Farrell adorably used much of his stage time praising her for her performance in Blonde, before using much of the rest of his time to gush over his Banshee‘s co-star Brendan Gleeson. It was a top-notch use of making an acceptance speech about others instead of yourself.

Rihanna Laughs It Off

Following a commercial break, Carmichael risked angering all of Rihanna’s fans when he sent a shout-out to the new mom and upcoming Super Bowl performer. “I’m gonna say something controversial — I will actually get in trouble for this. Rihanna, you take all the time you want on that album, girl,” he said with a laugh. “Don’t let these fools on the internet pressure you into nothing!” To her credit, Rihanna took the joke in stride, laughing along.

While receiving the Carol Burnett Lifetime Achievement Award on Tuesday, Murphy used the moment to shine the spotlight on his colleagues, Murphy not only praised Mj Rodriguez for her untelevised 2022 win, but he also ushered a standing ovation for Rodriguez, who made history by becoming the first transgender actor to win a Golden Globe. Rodriguez wasn’t the only actor Murphy praised in his speech, with the prolific TV producer shouting out Matt Bomer, Niecy Nash, Billy Porter and a host of other LBTQ+ actors who have worked alongside him.

The White Lotus star won her first Golden Globe at Tuesday’s awards show for Best Supporting Actress in Limited or Anthology Series or Television Film for her performance in the much-buzzed-about second season, The White Lotus: Sicily. She used most of her time on stage to thank the show’s creator, Mike White, and didn’t censor herself when it came to sharing her love.

“Mike White, you have given me hope. You’ve given me a new beginning. Even if this is the end, you changed my life in a million different ways. My neighbors [are] speaking to me and things like that. I was never invited to one party and now everyone’s inviting me,” she shared. “If you don’t know Mike White, this is what you should know. He is worried about the world, he’s worried about people, he’s worried about friends of his that aren’t doing [well], he’s always worried about… animals. He really is one of the greatest people… You make people want to live longer… Mike, I love you to death. I just want to say, this is a real f**king fun night.”

Eddie Murphy Gets In One Solid Will Smith Quip

The comedy legend was honored with the coveted Cecil B. DeMille Award by Tracy Morgan and Jamie Lee Curtis and accepted the award with a memorable speech, which he kept short and sweet. After some thank yous, he wrapped up on a timely comedic note, sharing, “There is a definitive blueprint that you can follow to achieve success, prosperity, longevity and peace of mind… and I followed it my whole career. It’s just three things: Pay your taxes, mind your business, and keep Will Smith’s wife’s name out of your f**king mouth!”

‘The Banshees of Inisherin’ Wins Golden Globe for Best Comedy