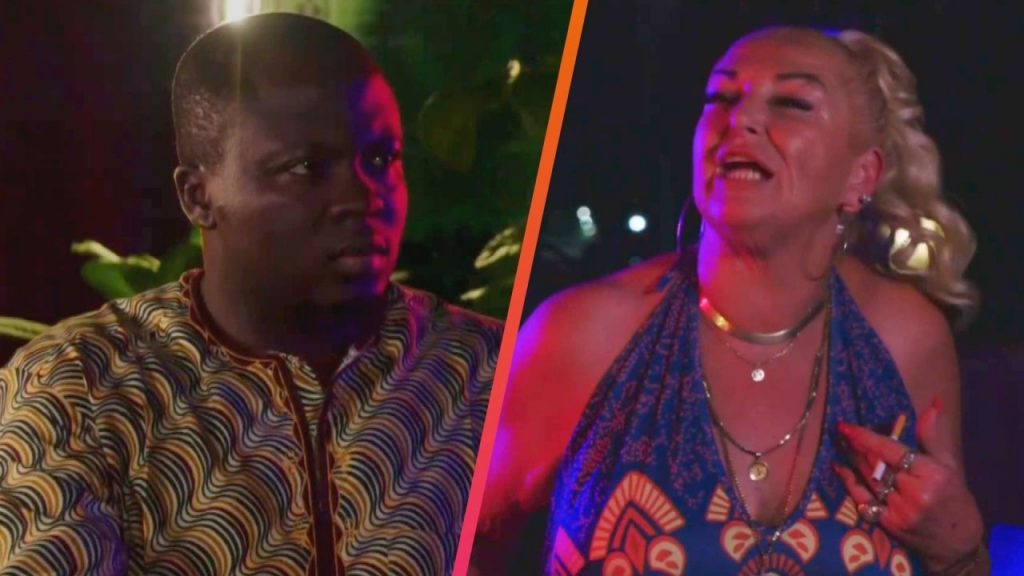 Angela and Michael’s confrontation in Nigeria keeps getting worse. After the two got into a physical altercation and then made up, the two got into yet another intense argument after Michael admitted to lying to Angela about his intention to shut down his social media accounts. On Sunday’s episode of 90 Day Fianc?: Happily Ever After?, Angela said she was divorcing Michael and also exposed his messages to another woman that insinuates they’re more than just friends.

On Sunday’s episode, Angela’s friend, Rene, attempted to make peace between Michael and Angela but it clearly didn’t work. Michael admitted he lied to Angela about taking down his Instagram just so she’d forgive him, and continued to put his foot down that he wasn’t going to get rid of his social media accounts. Even though Angela herself has social media accounts and even openly flirts with other men — like Billy, an ex stripper who lives in Canada whom she’s gotten close to — she insisted he needed to take his Instagram down since he had been unfaithful to her early in their relationship. Angela then told Rene she had screenshots of Michael calling another woman “my person.” Angela explained that because Michael blocked her, she had a friend do some digging, which is when she discovered Michael and the women’s interaction.

Michael insisted that it was just a person he knows very well and that the term was “slang.”

“How dare you call this b**ch your good friend? Ain’t nobody your mother-f**king person but me,” Angela replied.

Michael said he was loyal to Angela and that everyone knows he’s married. Still, Angela continued to have a breakdown.

“Do you see my pain?” she cried. “He don’t care about me, when y’all going to realize this? Opportunity — he had an agenda. It’s called a romance scam.”

At this point, Michael got upset and insisted that he did not marry Angela just to get a visa to come to America. But Angela said there was no resolving their issues.

“I got closure for me, she said. “As painful as it is, I know where I stand. I’m divorcing you. Have your Instagram, I’m over this.”

She added to cameras, “When you give all that you can give, something in your soul it tells you, you know, throw in the towel, there’s nothing you can do. I’ve always forgiven Michael and took him back, maybe I’m part of the problem as well. Maybe I’m the reason he keeps doing what he’s doing because I never, ever leave him.”

Angela then compared Michael to Billy and said Billy accepts her for who she is, and that she needed to find someone like him. Meanwhile, Michael said that even if he took down his Instagram, he and Angela would still have issues.

“If this is the end of my marriage, which I pray not, I will feel so unhappy, you know?” he somberly told cameras. “Angela is a part of my life and I really love her, but, either I choose her or I don’t have any say in this marriage. I don’t know. I’ll pray over it. It’s only divine intervention that can take place to make this marriage work now. Glory be to God.”