’90 Day Fiance’: Corey Brutally Tells Raul He’s Not Invited to His Wedding Because of Evelin (Exclusive) 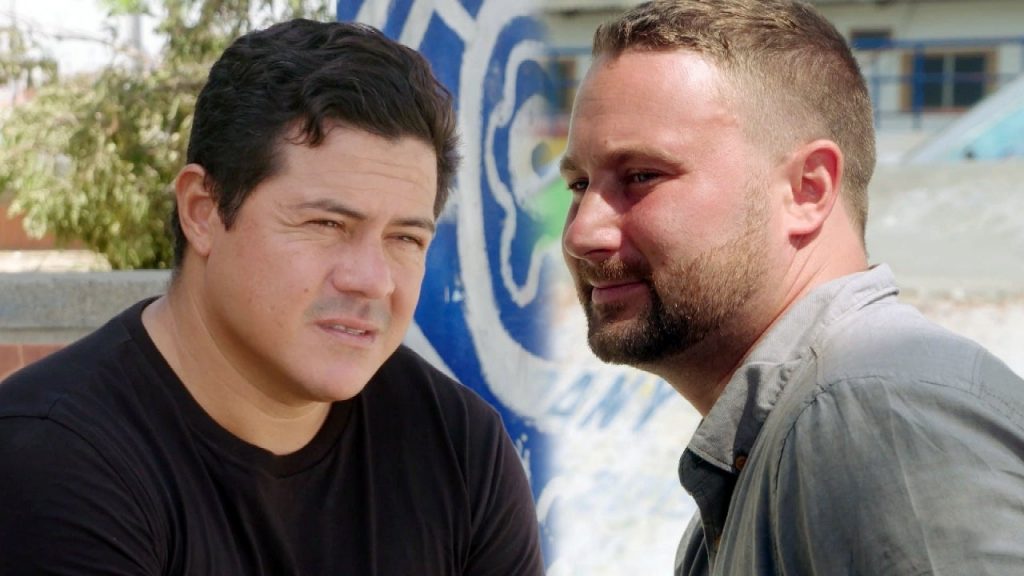 Looks like Corey will have no support at his wedding to Evelin. In this exclusive clip from Sunday’s episode of 90 Day Fiance: The Other Way, Corey meets up with his friend, Raul, and tells him that although they were once close, he won’t be invited to the wedding because of a past incident that made Evelin mad.

During last week’s episode, Corey re-proposed to Evelin and their upcoming wedding celebration is back on track although they’re already legally married. In this clip, Corey and Raul talk about their falling out a couple of months ago. Raul tells cameras he feels Corey stabbed him in the back because he let him stay at his place for a while, then all of a sudden he and Evelin ghosted him. Corey then explains to cameras that he stayed with Raul when Evelin kicked him out because of his relationship with a woman named Jenny while they were “on a break,” but he moved out because it caused more issues with him and Evelin.

Corey recalls one specific incident when Raul invited him to go out to dinner and unbeknownst to him, also invited two women to join them. Corey says they were Raul’s friends and that the women were already in relationships, but it still caused issues with Evelin when Raul posted a social media story of the group. Corey was upset given that he had asked Raul not to post it.

“Evelin sees this and obviously gets really mad,” he says. “Nothing happened, we just had dinner and then we left. But it became a much bigger problem after that.”

Corey then tells him he’s not invited to his and Evelin’s wedding.

“It just sucks that all of this had to happen at this moment because it did screw up a lot of things,” he tells him. “I’m sorry, I have to say that you’re not invited to the wedding.”

For more on Corey’s relationship with Jenny that led to Evelin kicking him out, watch the video below.

’90 Day Fiance’: Evelin Reveals the Only Reason She Married Corey