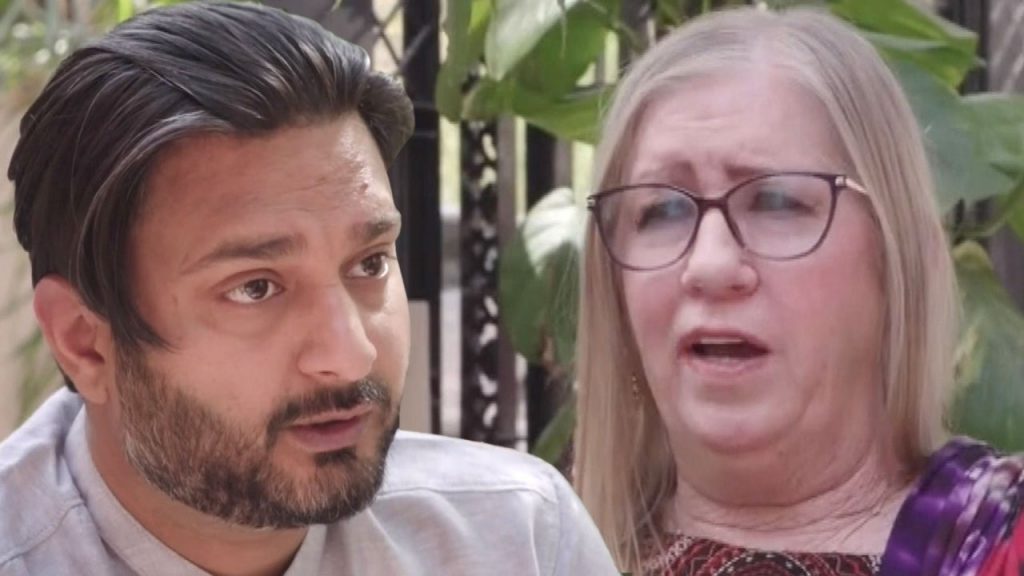 Jenny is at a crossroads in her nine-year relationship with Sumit. On Sunday’s episode of 90 Day Fiance: The Other Way, Sumit finally told her he put their marriage paperwork on hold behind her back because he was nervous about getting married again after his first arranged marriage ended in a messy divorce. Upon hearing this, Jenny threatened to leave him and go back to America.

Jenny was pushing to marry Sumit because his parents finally said they wouldn’t stand in their way, though his mom and dad are still not in support of the marriage. Jenny’s visa to stay in India was also running out. However, now it was Sumit getting cold feet despite him and Jenny already living together, and Jenny also previously forgiving him when he never told her he was married. Not surprisingly, Jenny was upset on Sunday’s episode when Sumit told her of his deception.

“We finally get the green light to get married and then bam! I’m blindsided by, ‘I don’t, I’m scared,'” she told cameras. “I’m hurt that he didn’t tell me and I’m angry that he did it.”

When Sumit told her she should support him because he was traumatized by his first marriage, she said it was time for him to support her.

“I stood by you through everything,” she told him. “I’ve been by your side, through everything, I put up with everything. I have been through hell and back, man. Especially, you know, learning that you were already married and everything. How should I feel of everything that I’ve done for you and given up for you, and you’re still not sure if you want to marry me or not?”

Jenny walked out of the conversation in anger when Sumit told her to calm down and to not pressure him to get married.

“I’m not gonna keep giving you all the time in the world,” she told him. “It’s not fair to keep me hanging by a thin thread here. You have a green light, we can get married. But at this point, if you’re still saying we’re not going to get married or I’m still scared or I need more time, than I know for sure that you don’t want to marry me. And I shouldn’t be here then, really, I shouldn’t be here.”

Meanwhile, Sumit said Jenny threatening to leave him was a manipulation tactic.

“Jenny threatening to leave, it brings out to me like, my rebellious nature, that I don’t want to do something when somebody is pushing me that you have to do this, or let’s do it right now,” he said. “This is exactly my fear about marriage, like, after getting married she’s going to try to control me by this way.”

Later, Jenny went to the temple and talked to her friend, Shaktimata, who bluntly told her she needed to go back to America to show Sumit that she was serious. She said that Sumit was a grown man that needed to make a decision and that as of now, he was getting all of the perks of being in a relationship but none of the responsibilities. Jenny acknowledged that she couldn’t bear to actually leave Sumit.

“I say I’m going to and I tell him I’m going to, but when it comes down to it, I can’t do it,” she admitted. “And he knows that. I know. This is the problem … that’s why there is no decision. Every time I tell Sumit that I’m gonna leave and go back to the U.S. and I don’t do it, it’s like I’m crying wolf. It’s just pretty much buying him more time I think.”

“Maybe I really do need to leave Sumit,” she continued. “I mean, I’m at a crossroads. Do I just keep giving Sumit you know, time, or do I lose everything and just go? If I want Sumit to know how serious I am, then probably I should go. Maybe he does need to be by himself for a while. Maybe then he’ll find out what does he really want. I need to be strong and think about myself first. Even if it breaks my heart into a million pieces.”

ET spoke to Sumit and Jenny ahead of this season of 90 Day Fiance: The Other Way and she said she had no plans to leave him despite what he’s put her through.

’90 Day Fiance’: Sumit Blocks His Marriage to Jenny Behind Her Back

’90 Day Fiance’: Jenny Explodes at Sumit After He Refuses to Marry Her