’90 Day Fiance’: Jesse and Jeniffer Meet for the First Time in Person and Sparks Fly (Exclusive) 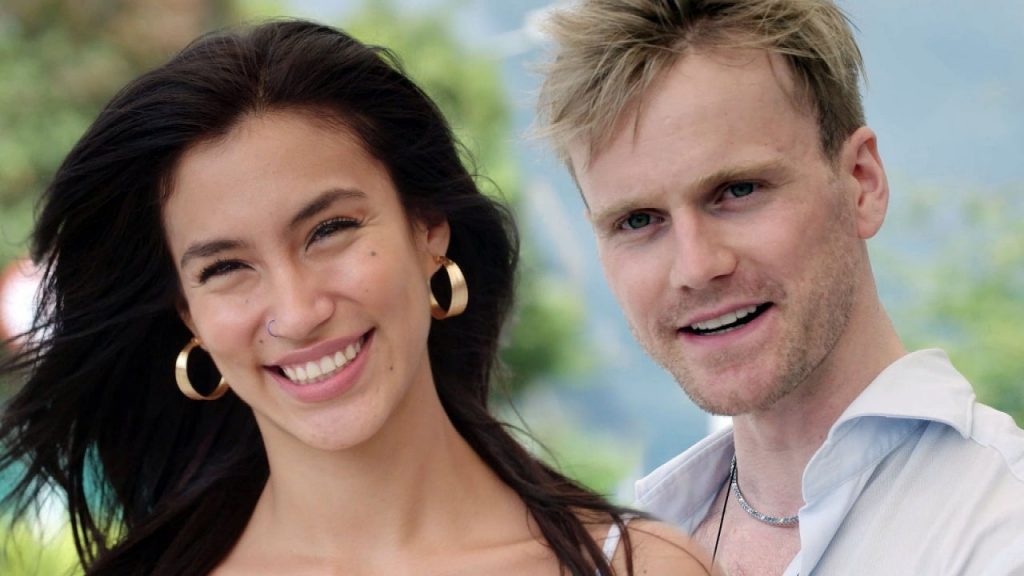 90 Day Fiance stars Jesse and Jeniffer are seeing each other in person for the first time after a year of talking on the internet in this exclusive clip from Friday’s new episode of 90 Day: The Single Life.

90 Day Fiance fans were shocked when it was revealed in the trailer for season 2 of 90 Day: The Single Life that Jesse — who was known for his tumultuous relationship with 90 Day Fiance star Darcey — was now dating Jeniffer. Jeniffer had her own 90 Day Fiance journey when she dated Tim, but it didn’t work out. In this clip, she picks up Jesse from the airport in Colombia and the two are immediately attracted to one another physically.

“Of course I have high expectations for Jesse, I mean, I really want him to twist my world,” the model tells cameras. If he doesn’t make me feel that, he will just be a fool, because he will miss this.”

“He’s hot, obviously, and this is like a storm of feelings and emotions that are waking up and starting to boil,” she adds. “I’m very, very excited for what’s coming.”

But Jeniffer is disappointed that they didn’t kiss after Jesse flew 20 hours to meet her. Jeniffer memorably had issues with her ex, Tim, not wanting to be intimate with her.

Jesse appeared on 90 Day Bares All in October and was asked why Jeniffer and Tim were never intimate, to which he shadily replied, “I think it’s pretty obvious.”

“To be honest, Jeniffer told me before she met him, he was always talking about me and how great I was, and how she should check me out,” Jesse also claimed. “And when I heard that for the first time, I was a little caught off-guard, like, why you talking about me?”

When asked if Tim was trying to hook him and Jeniffer up, Jesse replied, “No, I think Tim was just admiring me.”

Tim appeared on 90 Day Bares All later that month and said that he was straight, and also commented on Jesse insinuating that he’s gay.

“He’s a clown, I could care less about what he thinks of me,” he said. “He’s just a bully. I can’t stand bullies, for one, because I was bullied a lot as a kid, so he really struck a nerve with me. I’m not a s**t stirrer. I don’t really go around picking fights with people but that guy has just always rubbed me the wrong way, something about him. He just always has that used car salesman vibe about him, just like a shyster.”

As for Jeniffer and Jesse dating, he didn’t have high hopes for their future together.

“They seem like the perfect match for each other. They’re both self-centered, kind of egotistical, narcissistic,” he said. “They’ll be a great match until it fizzles out. I would put my bottom dollar that you won’t ever see them together long-term and he better have a big wallet to keep her happy.”

PrevPreviousAdele debuts ‘To Be Loved’ and we are devastated
NextDyson Early Black Friday Deals: Save Big on Best-Selling Cordless VacuumsNext