’90 Day Fiance’: Sumit Sneakily Blocks His Marriage to Jenny Behind Her Back 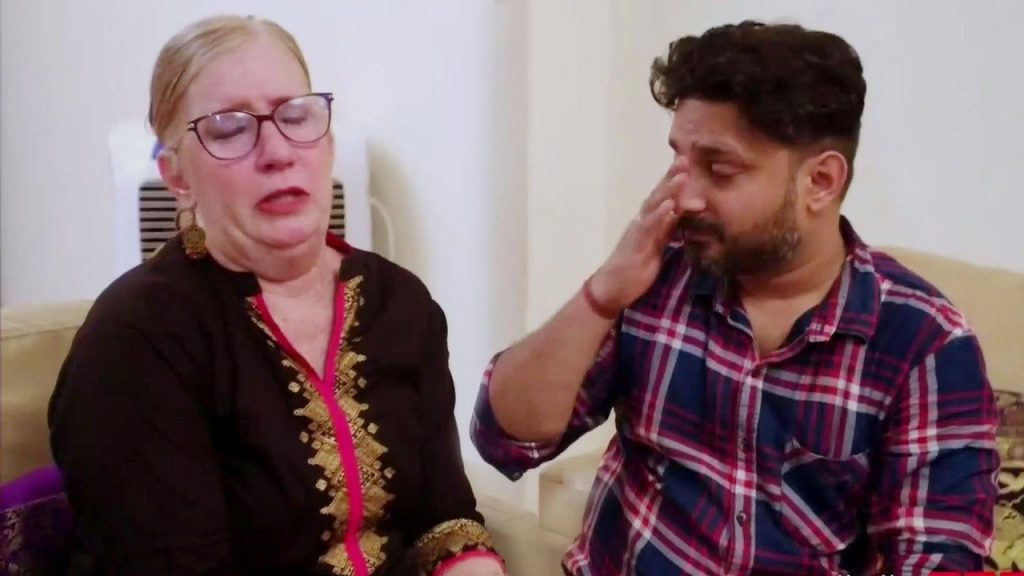 Sumit has cold feet now that there are no obstacles blocking him from marrying his longtime love, Jenny. On Sunday’s episode of 90 Day Fiance: The Other Way, Jenny was eager to get married given that his parents finally agreed not to stop them from tying the knot — and even more pressing is that her visa was running out to stay in India — but it’s Sumit who was hesitant to move forward.

Jenny and Sumit visited his family’s astrologer, and he said that the stars were aligned for them to get married within nine months. While Jenny was ecstatic and said she wanted to go down to the courthouse to get the paperwork started as soon as possible, Sumit told her that he was still traumatized from his first arranged marriage, which ended in divorce.

“We fought for this, for nine years,” Sumit told cameras about his journey with Jenny. “We fought everything. I got married, I got divorced. I go through all this trouble just to get married to Jenny, just to be with Jenny, and when the actual time come, now I’m scared of marrying. But this is the way I feel.”

Sumit told Jenny that he was scared because at times, Jenny would get mad at him and tell him she’s going back to America.

“I don’t want to be part of any marriage, I don’t want to go to court,” he noted. “I’m scared of that. … Divorce changed me as a person. The person I was before and now, it’s a big difference.”

Jenny said she understood and assured him that he was never going to lose her, which he tearfully said he was afraid of given that she was now “everything” to him.

“I’m not going anywhere, you couldn’t get rid of me if you tried,” she told him. “I love you so much. I love you more than anything. … I will never stop loving you. I will never leave you.”

The two then visited a lawyer and Sumit was taken aback when the lawyer had them fill out paperwork on the spot to start the marriage procedure. Sumit said he thought they were only going to get information from the lawyer.

“I feel like I’m on a speeding train and I can’t jump out of it,” he admitted to cameras.

“I’m excited and happy right now,” she told cameras with a big smile. “This is the first step to starting our marriage process.”

Later in the episode, Sumit confided in his close friend, Neeraj, about his marriage fears. Neeraj was firmly on Jenny’s side and told Sumit that Jenny had already sacrificed a lot to be with him. He also pointed out that Sumit’s first marriage was an arranged marriage, so his situation with Jenny was completely different and shouldn’t be compared. Sumit then dropped the bombshell that he actually privately called the lawyer after their meeting and told him to hold off on filing any marriage paperwork. Neeraj was shocked and bluntly told him what he did was wrong and would break Jenny’s trust, and that he was “being a jerk.”

“I didn’t tell Jenny I put the marriage on hold because I didn’t want to hurt her because I know that she wants to get married as soon as possible,” Sumit told cameras. “If she gonna hear that I put the marriage on hold, she gonna get mad, she gonna get hurt, and I don’t wanna do that. It’s really scary when I think about it, to tell Jenny that I’m not ready for the marriage right now. This could spoil our relationship … this could be the end of the relationship, and I don’t want that to happen.”

In a preview of next week’s episode, Sumit does come clean to Jenny and she walks out in anger.

“If I want Sumit to know how serious I am, then probably I should go,” she says.

When ET spoke to Jenny and Sumit ahead of this season of 90 Day Fiance: The Other Way, Jenny remained as devoted to Sumit as ever.

Sumit acknowledged pushing Jenny to her breaking point with his hesitancy to get married.

“In love you have to push your limit,” he joked, before getting serious about what has kept him and Jenny together. “I always feel like we love each other. The best thing is we listen to each other whenever it’s required and we understand.”

’90 Day Fiance’: Sumit Reveals the Tragic Death of His Sister