’90 Day Fiance’: Victor Proposes to Ellie With a Seashell 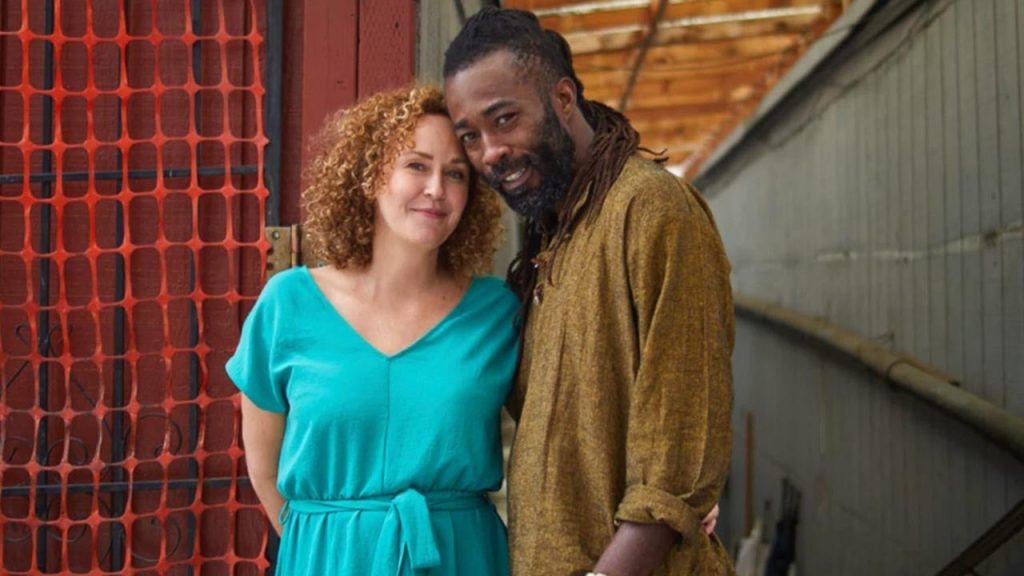 Despite some serious issues between the two, Ellie and Victor decided to take the next step in their relationship on Sunday’s episode of 90 Day Fiance: The Other Way. Victor proposed to Ellie in an impromptu moment on the beach with a seashell.

Ellie left behind her successful pizza business and all her friends in Seattle to be with her boyfriend, Victor, whom she met while vacationing on his Colombian island, Providencia. Her friends already had doubts about her decision since he cheated on her with another woman — who confronted Ellie about the affair with evidence after Victor initially denied it — but she eventually forgave him for it. But as she prepared to move, a category 5 hurricane hit Providencia. Ellie, who already lost her first husband tragically when he overdosed on prescription painkillers, still dropped everything to be with him, though their situation had changed dramatically. Victor thankfully survived the hurricane but was traumatized by it, and the house he had been fixing up for Ellie was ruined.

Not surprisingly, Victor and Ellie fought due to the tense nature of their circumstances, with Ellie noting that Victor sometimes treated her like an “a**hole.” Meanwhile, Victor was upset with Ellie because she had realistic questions about how they were going to support themselves since their plan to open up a bar on the beach was now much more complicated due to the lack of tourists. Victor said she didn’t know anything about the island and that all she cared about was money, and that he would pay her back and be done with it. Ellie got upset and said she didn’t want to be in Providencia anymore.

“It was definitely like the biggest fight we’ve ever gotten into,” Ellie told cameras on Sunday’s episode. “It was crazy, it went from like zero to 60 really fast, and today I’m feeling really upset about it, and honestly, I don’t even know if he’s gonna come back to San Andres, or even if I want him to. I feel sad leaving the island. It was just kind of a metaphor of our relationship right now. It’s just, like, destroyed and in shambles and that’s how I feel inside.”

Later, Victor asked her to take a walk on the beach and acknowledged he didn’t handle things in the best way.

“I really want to work it out and I know maybe I overreacted last night,” he said. “It was not nice.”

Ellie told him she didn’t mean to make him feel bad about the money she’d already given him.

“It’s just miscommunication, I think,” he said, stressing that he wasn’t with her because of her money. “That’s like our problem right now. And like, we’ve never had that problem too much before. I just want to work it out and say I’m sorry again for last night, I think we’re both emotionally tired right now and physically tired with the hurricane and, like, losing everything, basically. It’s a lot.”

“Victor’s apology seems sincere,” she told cameras. “He seems really upset and, you know, I regret talking to him and yelling at him too. We both just need to move on from that. We do love each other a lot and, you know, when we’re strong and everything’s good, it’s perfect.”

Victor then grabbed a seashell off the beach and proposed to Ellie. He said he did have a ring for her, but it was lost in the hurricane. Ellie was giddy and didn’t mind the ring-less, impromptu proposal. Victor told cameras, “I’m gonna get married for the first time in my life. And it’s gonna be a nice moment. Think I’m gonna like it.”

Meanwhile, Ellie said of their future, “The ultimate goal is still to have our bar and live together, and just chill. We have hurdles to deal with that we weren’t actually necessarily expecting but it feels good that we’re gonna do it together. It feels good.”

ET spoke to Ellie about her journey this season on 90 Day Fiance: The Other Way, and she explained why she took a leap of faith by moving to Providencia to be with Victor, even though he cheated on her.

“It was definitely hard to trust him, but I really do feel like he was very sorry about it,” she said. “And, I don’t know, it was such a crazy time. It was after COVID, nobody really knew what was in store for the world, for anything. Not giving him an excuse, but I can understand where you’re at in that because we all went through the same thing in different capacities of just wondering, what’s next? What are we going to do? How long is this going to last? And since then, I haven’t had any reason to not trust him. When we’re together, it’s not like he’s trying to sneak away from me and he’s always just, ‘Oh, I just want to hang out with you.'”

The death of her first husband also greatly affected her outlook on love.

“Probably losing somebody that close to you, changes… I don’t know, I think people could go different ways,” she explained. “Maybe they would just build a wall around them, which maybe I did for a long time, but also just being more willing to take that leap of faith because you just never know, and if you think you’ve found the person you want to be with, then you’re trying to be with them because you don’t want to waste any time.”