’90 Day Fiance’s Jenny and Sumit Get Married Without Telling His Parents: See the Exclusive Pics 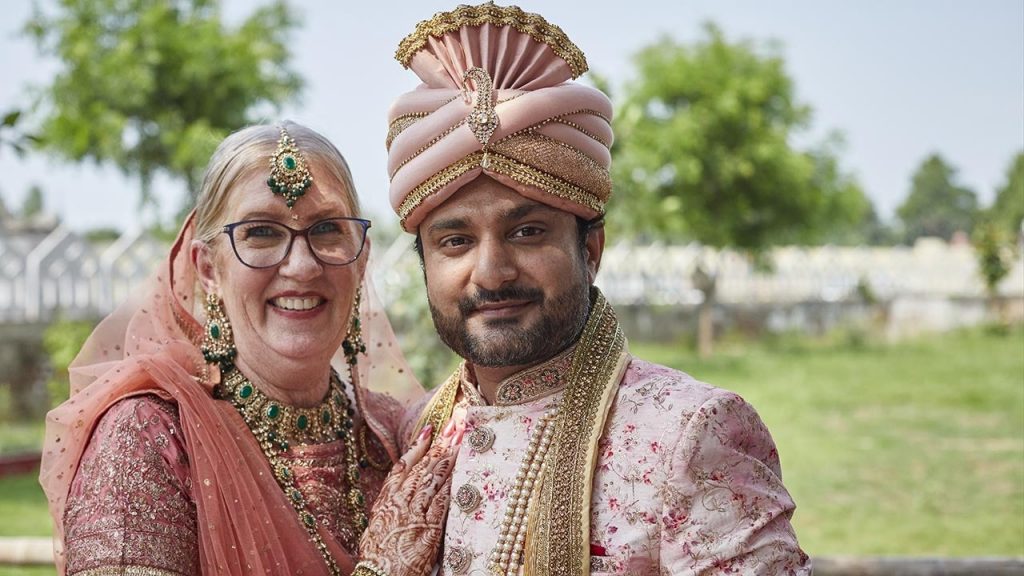 After nine years together and overcoming major obstacles in their relationship — including a 30-year age difference — 90 Day Fiance couple Jenny and Sumit have tied the knot. On Sunday’s season finale of 90 Day Fiance: The Other Way, Sumit got over his cold feet and decided to marry Jenny.

Sumit previously stopped the paperwork to marry Jenny without telling her because he said he was still traumatized from his first arranged marriage ending in a messy divorce. After Jenny got upset and threatened to go back to America since he kept stalling, Sumit had a change of heart.

“I will marry you because I want to,” he continued. “I want to be with you, I don’t want to lose you. I want to keep experiencing that love. I am ready, you are ready, we both are ready and that’s good.”

Jenny was overjoyed and they called the lawyer to get the paperwork resumed immediately. Their original plan was to get married in court and not in the temple on the advice of his family’s astrologer, but since Jenny’s visa was running out, they didn’t have time to do it in the court. Sumit said that they were still going to take the astrologer’s other advice, which was not to make it a big celebration and invite any friends.

“If a traditional Indian wedding is a sea then our marriage is just like a bucket of water from that sea and that’s it,” Sumit said.

Jenny added, “But it’s our bucket of water.”

Later, Jenny revealed to her henna artist that she and Sumit chose not to tell his parents they’re getting married. Sumit’s parents, Sadhna and Anil, recently said they would no longer block their son from marrying Jenny, though didn’t give them their blessing to marry.

“We’re just scared that they’ll cause drama and stop it,” she said. “I know it’s wrong not to tell his parents that we’re getting married. It wasn’t an easy decision to make. But Sumit and I have been through so much, and I don’t really trust them 100 percent.”

“What we’re doing is a very scary thing,” she continued. “And we feel bad. But if we don’t do this, if we don’t go and get married, we’re not going to be together anymore. I’m not gonna be in India. Our relationship is gonna end, and we’re just not willing to let that happen.”

On their wedding day, Jenny was overcome with emotion at her bridal look and fought back tears.

“I didn’t think I would get this emotional, but, wow,” she said, looking at herself. “I’m feeling really overwhelmed right now. I can’t believe this is happening, finally.”

Sumit called her “gorgeous” when he saw her and sweetly said she was the most beautiful person he’d ever seen.

“My heart stop beating for a moment, like, what?” he told cameras. “Is this the Jenny or what? Oh my god, just finally, the day come and I’m getting married with this beautiful lady.”

The two got married, and Sumit admitted he was nervous about not telling his parents.

“I feel bad,” he acknowledged. “I wanted to inform them. I wanted them to be a part of this, but I’m pretty sure if my parents will come to know that we are getting married, they would show up and try to stop the marriage. I know they will be angry but I love this lady. I want to marry her. I will be happy and this is what I choose for myself. I’m so happy, I’m so glad that I’m gonna get Jenny, and we become life partners for sure.”

Jenny added, “We don’t know what our future holds. Only thing we know is that we’re happy together, and we’re living our life the way that we want to. We made it. That’s all I can say is, we made it.”

ET spoke with Jenny and Sumit ahead of this season of 90 Day Fiance: The Other Way and Sumit said he would marry Jenny with or without his parents’ approval.

“I keep on trying as much as I can,” Sumit said about convincing his parents to accept his and Jenny’s relationship. “After all that, after I feel like I’ve put in all the effort to convince them and show them how happy I am with Jenny and that’s what I want in my life, after that if they don’t understand then, no point in that, I think I will go ahead and marry Jenny.”

Sumit said he would continue to keep fighting for his and Jenny’s unconventional relationship.

“In order to get love, I need to stay strong and keep explaining, keep fighting for love, keep showing people that we are happy and that’s most important,” he said.

’90 Day Fiance’: Sumit Blocks His Marriage to Jenny Behind Her Back