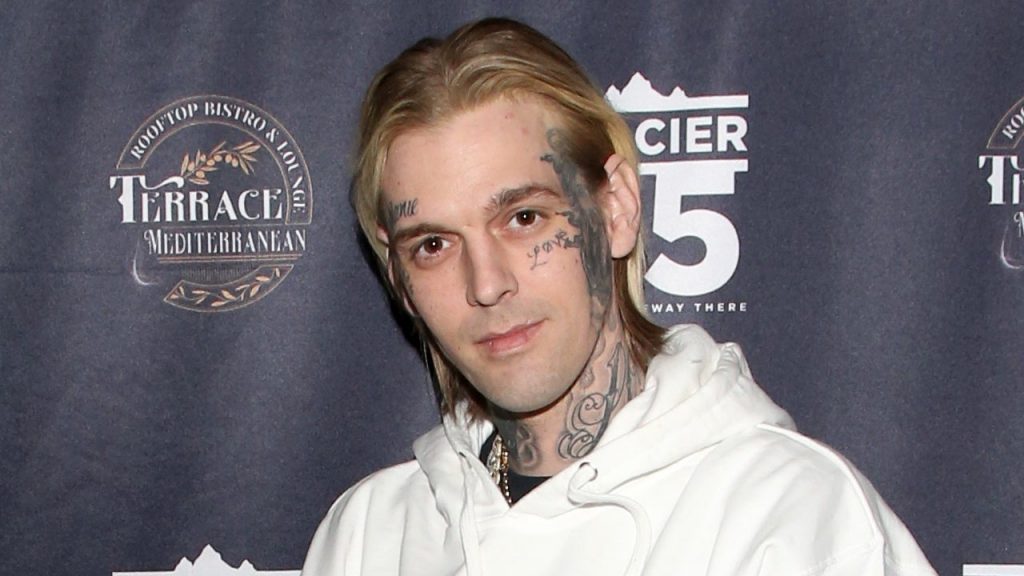 Aaron Carter‘s death on Saturday came as a shock to many who grew up watching and listening to the embattled singer. He was only 34, and the fact that he’s gone too is a sentiment echoed throughout the tributes that followed his death.

Carter’s ex-girlfriend and Lizzie McGuire alum, Hilary Duff, took to Instagram to react to Carter’s death, writing, “For Aaron — I’m deeply sorry that life was so hard for you and that you had to struggle in-front of the whole world.”

Duff, who dated Carter on and off while the pair were teen stars, continued, “You had a charm that was absolutely effervescent…boy did my teenage self love you deeply. Sending love to your family at this time. Rest easy.”

Actress Melissa Joan Hart took to Instagram and posted a throwback photo of her and Carter. She captioned it, “Sending love to the family and friends and fans of #AaronCarter. Rest In Peace!”

Rapper, The Game, also penned a tribute to the “I Want Candy” singer, sharing a touching story from 2005, in which he says Carter gave up his seat on a plane so that he could have it.

“@nickcarter your words to your brother as honest & pure as they were touched me this morning so I wanted to write you back & share with the world a quick story that was a true testament to Aaron’s character & heart,” The “Hate It Or Love It” rapper began, referencing Nick Carter’s post about his younger brother’s tragic passing.

“It was mid year 2005 and I boarded a flight to New York with my now 19 year old son @harlemtaylorr & his mom @___aleska to do 106 & park and we were 1st class so we thought… turns out they over booked & we were one seat short & he was sitting across the isle & said, ‘Hey, you guys have little man.. you can have my seat Game.’ At this time my 1st album had dropped & I still wasn’t sure everyone knew who I was so every new ‘Game’ called out was fresh & made me feel like I’d accomplished something great,” The Game continued.

Carter ended up leaving his first-class seat to sit in coach, opening up a space for The Game and his family. While the gesture was a nice one, the 42-year-old rapper said he felt bad about Carter giving up his seat, so he went back to coach to sit with him, where he says the pair spent the entire 6-hour flight chatting and getting to know each other.

“The plane wasn’t full so Aaron went back to coach & sat in an isle & had the whole row to himself so he was chilling. I felt bad about him giving up his seat so I thought to myself… ‘f**k that, I’m going to sit in coach too!!!’ He had on his headphones… (airpods weren’t a thing back then) but he took them off & I asked him if I could sit. He of course said, ‘f**k yea man.’ We ended up talking the entire damn near 6 hour flight & I can remember thinking how kool it was to be talking to a guy I seen on MTV a million times, who my lil sister loved to death ’cause again I had just became a star, so, this was super dope,” he shared.

“We got to know one another very well during that flight, exchanged sidekick numbers & always hugged when we saw each other over the years. Yesterday when I read of his passing, it really hurt my feelings and I instantly thought of that flight & our time chilling in the sky. He was dope af & a very good human.. my love & condolences are with you, your family & his baby boy through this tough time & after. Hit me whenever, FOREVER,” The Game added, again addressing Nick. “Rest Easy Aaron, fly high kid ?.”

See more tributes to Aaron below:

PrevPreviousBillie Eilish and Boyfriend Jesse Rutherford Couple Up in Matching Gucci Pajamas
NextHarry Styles Forced to Postpone L.A. Concerts After Coming Down with the FluNext