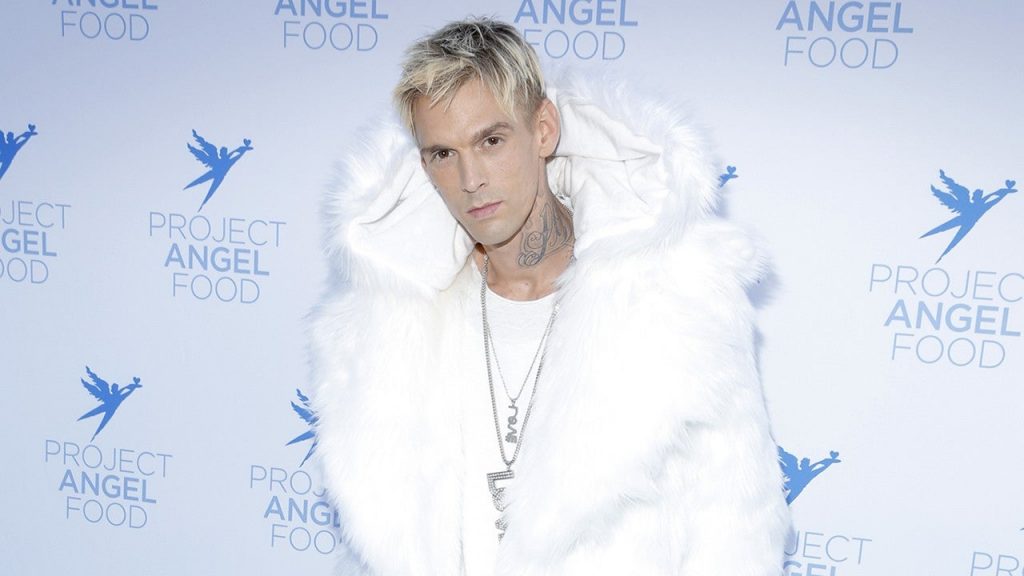 Aaron’s manager, Taylor Helgeson, tells ET that reports that Aaron died “are true.” Helgeson added that the family will release a statement shortly. He added, “Thank you for your understanding during this difficult time.”

According to multiple reports, Aaron was found dead Saturday at his home in Lancaster, California, about an hour north of Los Angeles where multiple L.A. County Sheriff’s vehicles were seen surrounding the home. TMZ reports a 911 call was made Saturday morning and responding authorities found Aaron’s body in his bathtub. The cause of death has not been confirmed.

Aaron’s death comes less than a year after he and his ex, Melanie Martin, welcomed a baby boy. The couple split one week after Martin gave birth, and she eventually requested a restraining order against him after an alleged physical altercation.

The last several years proved to be a trying time for Aaron, who went public about being diagnosed with multiple personality disorder, schizophrenia, acute anxiety and manic depression in September 2019. Due to his mental health struggles, Aaron went on to cancel several multiple tour dates. Weeks after the mental health reveal, Nick obtained a retraining order against him, which led to a bitter war of words between the siblings.

The embattled singer later accused his late sister, Leslie, of raping him as a child. Aaron’s twin sister Angel, was reportedly granted a restraining order against him as well.

The family strife was unfortunately not uncommon for the Carter family whose story has been riddled with highs and lows.

Aaron and his twin, Angel, were born in Tampa, Florida on Dec. 7. 1987. The pair are the youngest of the five Carter siblings along with sisters B.J. and Leslie, the latter of whom died from a 2012 drug overdose at age 25.

Aaron began performing in the second grade, and went on to become the lead singer in a boy band called, Dead End, before leaving the group and later opening for the Backstreet Boys on tour.

By age 10, Aaron released his self-titled debut album, which sold more than nine million copies. Upon the release of his triple-platinum sophomore album, Aaron’s Party, the young singer hit the road with the Backstreet Boys and Britney Spears. In 2000, Aaron released the album, Oh Aaron, and made his Broadway debut the following year. He also appeared on Lizzie McGuire and began dating series star, Hillary Duff. At one point, Aaron was dating Duff and Lindsay Lohan. The teenybopper love triangle started a small feud between the two young stars, that later fizzled after Aaron broke things off with Lohan, and later with Duff.

In between the release of his third and fourth albums, a then 14-year-old Aaron sued his label head Lou Pearlman, for allegedly failing to pay hundreds of thousands of dollars in royalties. The suit was later settled, but was one of many legal disputes between Aaron and Pearlman, who died in 2012 amid multiple allegations of child molestation, sexual misconduct and harassment, and shady business practices, some of which came to light in the documentary, Boy Ban Con, produced by former N*Sync singer, Lance Bass.

Aaron’s career changed directions after his fourth studio album, Another Earthquake!, ended up being far less successful than its predecessors, and marked his final studio album under Jive Records. As his music career slowed down, Aaron turned back to acting, appearing in his third film, Popstar, which was a straight-to-video release. He also recorded a song for the film’s soundtrack.

In 2006, the “Hard to Love” singer and his siblings landed the E! reality show House of Carters, which aired for only eight episodes. That same year, Aaron announced his engagement to former Playboy model and beauty queen, Kari Ann Peniche, but the couple split that September.

Two years after the break up, Aaron was arrested for speeding and marijuana possession. He went on to join the ninth season of Dancing With the Stars but was eliminated after eight weeks on the dance competition show. Following DWTS, Aaron released the 2010 single, “Dance With Me.” In early 2011, Aaron checked himself into the Betty Ford Center where he completed one month of treatment. Several months later, Aaron returned to the stage and joined the cast of The Fantasticks, a small off-Broadway production. He left the play in 2013 and filed for bankruptcy that year, citing more than $3 million in debts, including a $1.3 million tax bill. Aaron’s financial issues were cleared up and he embarked on a small Canadian tour before releasing his The Music Never Stopped EP.

However, Aaron’s physically gaunt appearance continued to be an area of concern for his fans. He hit back at alleged “body shamers” in a Twitter rant that blamed his extreme weight loss on stress and suffering from a hiatal hernia. “I cant’ even post videos or take pictures without feeling self conscience and it f**king sucks,” he tweeted.

As rumors about his sobriety persisted, Aaron sat down with ET to set the record straight. “I drink wine. I smoke weed. I have anxiety problems, I take medication for anxiety,” he admitted in 2016. “I mean, it’s just what it is. The misconceptions are that I’m a meth head, or I’m a crackhead, or I’m a drug addict, or I’m this or that.”

Aaron maintained that he had “never” been addicted to the aforementioned drugs and blamed his appearance on genetics. “If you look at my parents, they have high cheekbones and [are] very skinny,” he explained. “I don’t want to always feel like I have to prove myself, but people put me in these positions, and that’s fine.”

Regardless of his attempts to make music his focus with the release of the LOVE EP and album of the same name, Aaron’s personal battles continued to make headlines. In July 2017, Aaron was arrested again, this time for marijuana possession and suspicion of DUI. Weeks later, Aaron came out as bisexual (he later clarified that he had only been in relationships with women but was physically attracted to men as well). The next year, Aaron made an emotional appearance on The Doctors, andchecked into the Alo House Recovery Center in Malibu, California. The treatment stint allowed Aaron to work through the death of his father and his breakup with former girlfriend, Madison Parker. In 2018, Aaron began dating Russian artist, Lina Valentina. The couple split in 2019, after nearly a year of dating.

“Lina and I have decided to go our separate ways,” he said in a statement to ET at the time. “I was really hoping this would be the one that lasted forever. We had even talked about having kids, but we couldn’t seem to get past our differences and the relationship eventually turned unhealthy. I’ve been through so much the past few years and am trying to learn from my mistakes.”

The tumultuous split with Valentina resulted in Aaron being granted a restraining order against his ex in the early 2019. Months later, police were called out to perform a wellness check at Aaron’s home in Lancaster, California, but determined that he was fine despite family concerns over his mental health. That same week, Aaron went on another Twitter rant about his weight and accused a flight attendant of body shaming him.

In August 2019, the embattled star took to Instagram to celebrate two years of sobriety from an addiction to prescription pills. “A big journey ahead ahead of me,” Aaron wrote alongside “#Sober for 2 years.” The post included a vow to put his family back together and an explanation of why he continued to smoke marijuana, in spite of being sober from pills. “Call it what you will. It helps and I’m an advocate.”

Prior to his death, Aaron had plans to tour again, and released the single “Pyro” in September 2019. Despite what appeared to be an optimistic outlook on life, Aaron’s inner demons ultimately got the best of him. He is survived by his parents, Jane and Robert Carter, and siblings, Nick, Angel and B.J.