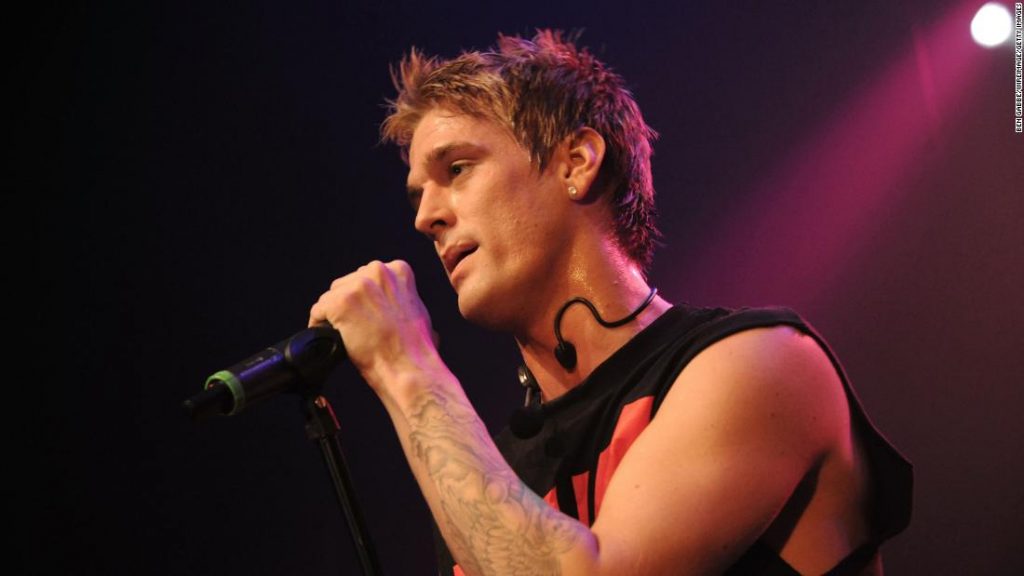 Aaron Carter, a former child pop singer and younger brother of Backstreet Boys’ Nick Carter, has died, a source close to the family told CNN. He was 34.

A spokesperson for the Los Angeles County Sheriff’s Department told CNN they responded to a call for help at Carter’s Lancaster, California home on Saturday morning around 11 a.m. local time, where a deceased person was found at the scene.

He was found dead in his bathtub, the source said.

Authorities gave no information about a possible cause of death.

Carter, who first found fame as a boy with pop songs like “I Want Candy” and “Crush on You,” is survived by his 11-month-old son, Prince.

The singer received an outpouring of of love and support from fans and other celebrities in 2017 after he came out as bisexual.

“There’s something I’d like to say that I feel is important for myself and my identity that has been weighing on my chest for nearly half of my life,” Carter wrote on Twitter. “This doesn’t bring me shame, just a weight and burden I have held onto for a long time that I would like lifted off me.”

He then explained that at around the age of 13 he “started to find boys and girls attractive.”

“There were years that went by that I thought about it, but it wasn’t until I was 17-year-old, after a few relationships with girls, I had an experience with a male that I had an attraction to who I also worked with and grew up with.”

The singer opened up in 2019 in an episode of “The Doctors” about his battle with multiple mental health issues, including multiple personality disorder, schizophrenia, acute anxiety and manic depression.

“This is my reality,” Carter said as he held up a plastic bag of multiple prescription bottles in one clip featured on the show’s Facebook page.

In 2017, Carter was arrested in Georgia under suspicion of driving under the influence and marijuana possession as he and then-girlfriend Madison Parker were traveling through Habersham County.

The singer later said in an interview that he doesn’t drink and denied that he has a drug problem, CNN previously reported.

“I don’t need help,” he said. “What I need is for people to understand that I’m human and that I make mistakes just like every other human in this world, but I would never risk my life or my girlfriend’s life.”

PrevPreviousAaron Carter, Singer and Brother of Backstreet Boys’ Nick Carter, Dead at 34
NextMeet the Cast of Yellowstone Season 5Next