Adele Bursts Into Tears When Former Teacher Surprises Her Onstage 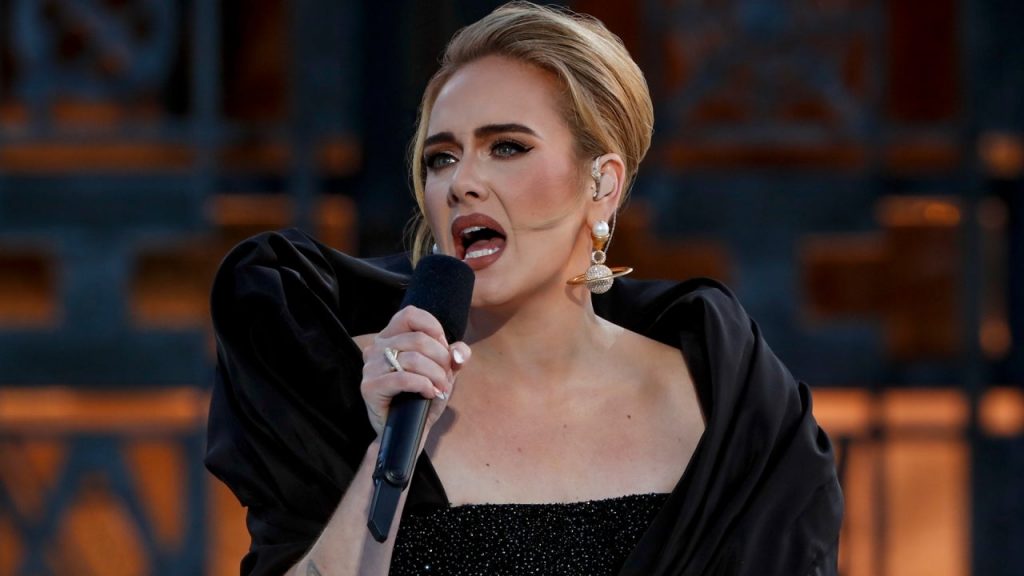 Adele just got the surprise of a lifetime. The “Easy on Me” singer was performing during her ITV concert special, An Audience With Adele, in London, England earlier this month, when she was met onstage by her former English teacher, Ms. McDonald.

In a clip shared from the special, Dame Emma Thompson asked the star who had inspired her when she was young. After the singer opened up about the impact the teacher had on her, Thompson revealed that she was actually in the audience.

Adele instantly burst into tears as Ms. McDonald was brought onstage where the pair embraced.

“I’m so proud of you,” McDonald told the GRAMMY-winning artist. “I didn’t know you were coming,” Adele said through her tears.

“That’s OK, it was supposed to be a surprise,” McDonald quipped, to the singer’s emotional laughs and gasps.

The pair briefly caught up before Adele stepped away from center stage to get here makeup re-done.

The pop superstar shared moments from the concert on Twitter, calling the return to London “just heaven.”

“Home Sweet Home. I’ve always dreamt of doing An Audience With… There was so much love in the room for each other, it felt like such a gig!,” she wrote. “Everyone was raucous and bang up for it! And my teacher Ms McDonald was there, it was just heaven ?.”

Since officially announcing the album last month, Adele has been candid about how much of it was created and evolved amidst her split from husband Simon Konecki — the pair finalized their divorce in March. She shared the 30 release date in a lengthy, reflective social media post, admitting that the finished product of new album isn’t anything close to what she’d originally envisioned creating after the success of 25.

“I was certainly nowhere near where I’d hoped to be when I first started it nearly 3 years ago. Quite the opposite actually,” Adele wrote. “I rely on routine and consistency to feel safe, I always have. And yet there I was knowingly — willingly even, throwing myself into a maze of absolute mess and inner turmoil!”

“I’ve learned a lot of blistering truths about myself along the way,” she continued. “I’ve shed many layers but also wrapped myself in new ones. Discovered genuinely useful and wholesome mentalities to lead with, and I feel like I’ve finally found my feeling again. I’d go so far as to say that I’ve never felt more peaceful in my life… I’ve painstakingly rebuilt my house and my heart since then, and this album narrates it.”

An Audience With Adele, comes just a week after the singer previewed new tracks from 30, during her CBS special, Adele: One Night Only, during which she opened up about the tumultuous last few years of her life spent crafting the new album as she dismantled her marriage.

“My friends would always say ‘hold on,’ like I am saying in the verse,” she explained of the track fittingly titled “Hold On.” “It was just exhausting trying to keep going with it.”

“It’s a process — the process of a divorce, the process of being a single parent, the process of not seeing your child every single day wasn’t really a plan that I had when I became a mom,” she added. “Also trying to, like, move forward but, like, with intention, not just trying to get out of it for no reason. Then my feet hurt from walking through all of that concrete.”

See more from that special in the video below.