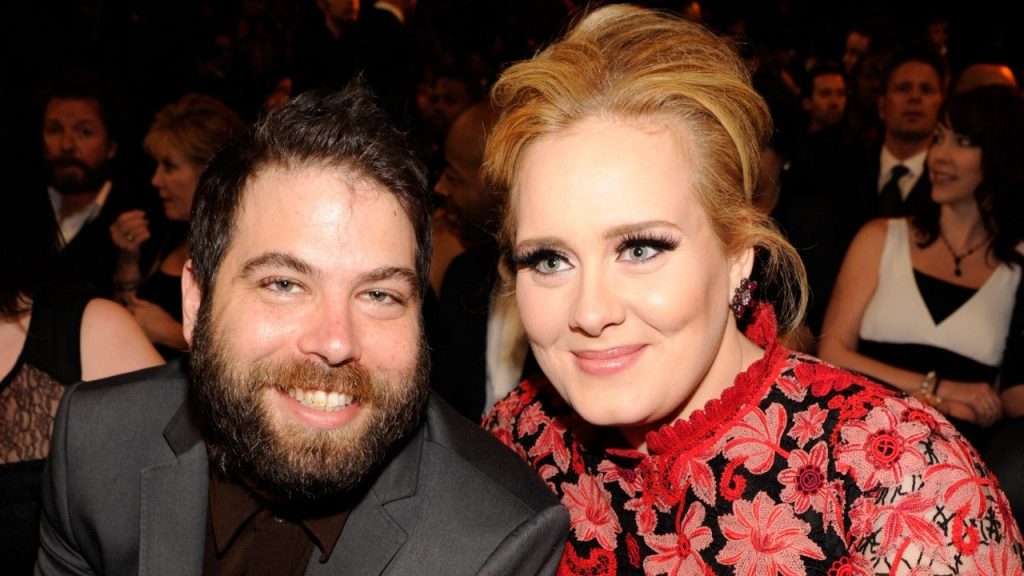 Adele is praising her ex. The 33-year-old singer, whose fourth studio album, 30, debuted on Friday, opens up to The Face magazine about her ex-husband, Simon Konecki’s, parenting abilities.

Adele and Simon tied the knot in 2018 and called it quits the next year, though they have remained on good terms. The former couple share a 9-year-old son, Angelo.

“Angelo couldn’t have a better dad,” Adele praises her ex, a charity entrepreneur who still lives next door to her. “Simon is so invested and so interested. He gets onto his level in anything. Whatever Angelo is into, what he wants to watch, where he wants to go and play, his new f**king playground games that change every week — he is a big child in that sense of being so curious with him.”

The qualities Adele appreciates about Simon are why she was drawn to him initially.

“I was like, ‘I’d be a f**king damn fool to walk away from this man being the father of my child compared to any other man that I encountered before or after up until recently, phew!'” she says. “I would’ve regretted that, forever!”

Even following their divorce, which was finalized earlier this year, Adele says, “Me and my best friends call him ‘Simon the Diamond.’ We love him.”

As for her own parenting journey, Adele is open about the things she gained and lost when she became a mom.

“There are definitely a few elements of myself that I don’t think I’ll ever get back. More than anything, it’s the freedom of being able to do whatever you want, whenever you want,” she says. “Going somewhere and not having to prioritize someone else. Whereas my number one priority with everything I do since I had Angelo, which is in life, in work, is obviously my son.”

When Angelo was a baby and a toddler, Adele says, her brain went “a bit mushy” from not being “stimulated very much.” So much so, that she “got really quite bad postpartum depression.”

“I think it was just… Not the pressure, but what kind of parent do you wanna be?” Adele explains. “… I don’t think I was ever completely selfless before I had Angelo. I still have that thing where every decision I make, I think of him first. And rightly so. Some parents don’t do that. I do.”

“It still makes me mourn myself a bit every now and then,” she continues. “Maybe I’m not mourning anymore, maybe I’m more yearning. A little bit like, ‘Oh, what would I do and where would I go?'”

For Adele, parenting only has gotten better as her son has gotten older.

“He is so funny! He’s brilliant. He’s a f**king comedian, like an actual comedian,” Adele says. “As they get older, you can take them everywhere with you and they can tell you if they’re not enjoying something, what they want, if they’re hungry or if they have a tummy ache, whatever. It’s way easier to navigate once you can really communicate with them. He’s about to turn nine and he’s getting to the point now where he’s got opinions. It’s f**king fun!”

Following her divorce, Adele began working out and ended up losing 100 pounds in two years. She tells the magazine that she’s “definitely really happy now,” but not because of her weight loss.

“It’s because of the dedication I gave to my brain with therapy and stuff like that, and a lot of crying. Maybe that’s a saying I made up: ‘I used to cry but now I sweat.’ It really did save me,” she says, adding she likes “feeling strong.”

“I was lifting weights this morning, and I’ve gone up from what I was doing a couple of weeks ago,” she says. “When I feel that I have the weight of the world — of my world at least — on my shoulders, I can handle it a bit more because I’ve gone up 10 pounds with my weights. It really was just a metaphor for surviving.”

The other way she survived hard times was with her music, through which she detailed her emotions surrounding her life and divorce.

“I just wanted to acknowledge all of the many layers of myself, which I think is definitely something that comes with age,” she says of her hopes for 30. “Obviously, after a really big life moment, like my divorce, it’s good to experiment a little bit more with sort of eclectic inspirations. I wanted to, more than anything, just comfort myself. It wasn’t really about what I wanted to say for people. It was more like, ‘What do I need to hear for myself, lyrically?'”