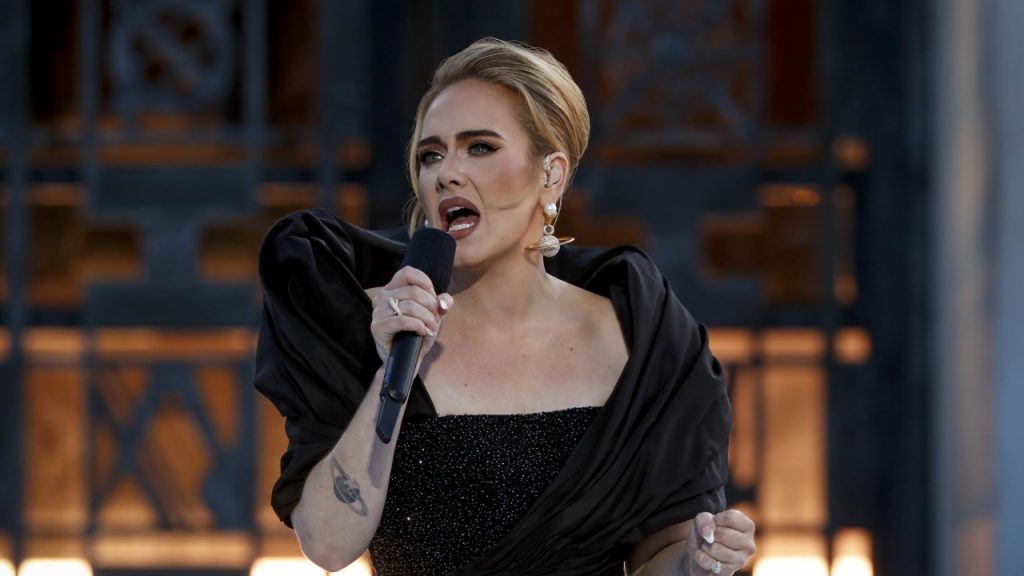 Adele knows her son may not always love one of her most personal songs. During an interview with q on cbc’s Tom Power, the 33-year-old singer reveals the one song off of her most recent album, 30, her 9-year-old son, Angelo, whom she shares with her ex-husband, Simon Konecki, may grow to hate.

The track in question is “My Little Love,” a highly personal song about the guilt Adele felt after leaving her marriage, which features voice memos of the mother and son speaking.

“I wrote it for Angelo. I wrote it to shine some light on that I didn’t always have it together and stuff like that,” she said. “It is very personal, and he probably will go through stages of hating it when he’s a teenager and stuff like that. But it was an important part of the puzzle I was trying to figure out — my life, not the album — so I had to include it.”

The first time listeners hear Angelo’s voice on the “very, very intense” song, Adele explained, is when “he says, ‘I love you a billion percent,’ so everyone’s like, ‘Aw.’ But by the end, he’s sort of being like, ‘I feel like you don’t like me.'”

“Going on his journey as well as my own, I thought was really important, made it more personal,” she said. “I felt like it’d be nice at this stage of my career, also, to let people in a little bit more. I don’t share very much of my life. I only normally share my music.”

“People have been sort of so curious about where I’m going and where I am at, just in my life, not in terms of being nosy, just being like, ‘I hope she’s OK,’ or sometimes I guess people might hope for the opposite,” Adele continued. “I just thought that it was a really important song that I wanted to capture… That’s why I put me and Angelo in it.”

At the end of the song, Adele included a recording of a very raw and emotional voicemail that she left her friend, on which she confessed to feeling lonely for the first time since her marriage came to an end.

“The voicemail that I included, that night I put Angelo to bed when I recorded that, and we actually had a really good bedtime and stuff like that, and then I fell apart afterwards,” she said. “I kept up my strength. I was consistent through that one evening, and afterwards just completely fell apart. I’m not ashamed of that.”

“I think a lot of parents hide things from their kids, as we should in most cases, but I couldn’t hide from him,” Adele added. “He could see me even clearer if I tried to hide from him.”

In the end, Adele said, “by making that song, it sorted out some of the clutter that was going on in my ability to talk about about how I was feeling. It was definitely a big breakthrough emotionally.”

Adele Bursts Into Tears When Former Teacher Surprises Her Onstage

Queen of Catharsis: How Adele Turns Heartbreak Into Hits