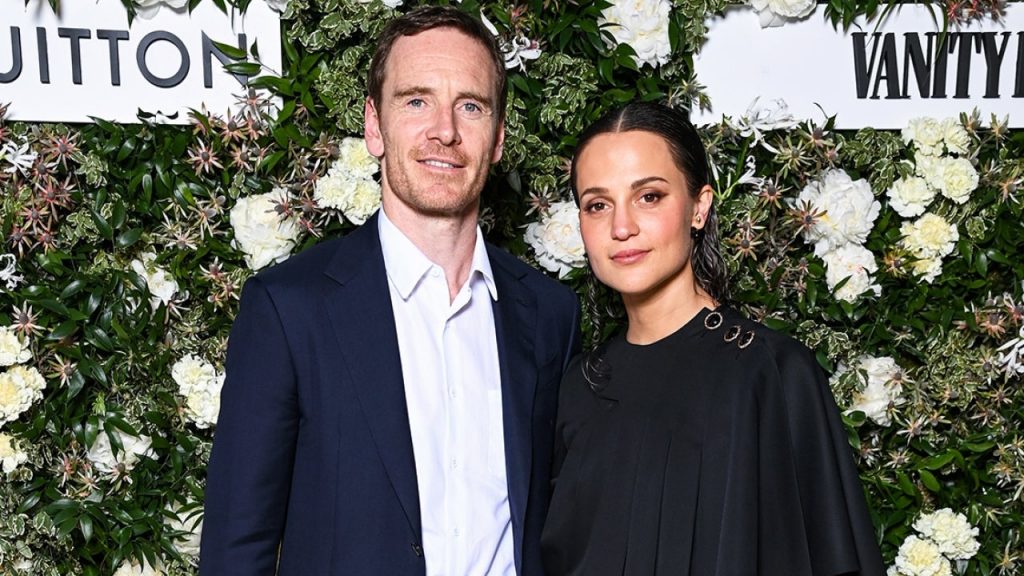 Alicia Vikander is opening up about her “tough” journey to becoming a mom. In a new interview with The Sunday Times, Vikander recalled suffering a “painful” miscarriage before welcoming her son, 17 months, with husband Michael Fassbender.

In the film The Light Between Oceans, where Vikander and Fassbender met on set in 2014, Vikander’s character suffered two miscarriages, something she said she experienced herself.

“We have a child now, but it took us time,” Vikander tells the outlet. “Talk about meta.”

The film took on a different meaning once the Irma Vep star went through a miscarriage of her own, explaining to The Times, that films that deal with difficult topics can help both the performers and audience deal with their own hardships.

“[The miscarriage] was so extreme, painful to go through and, of course, it made me recall making that film,” she shares.

“Sometimes you go through things that are tough in life and if you have an office job you can step away for a bit. But there are times that myself or colleagues have been through something and, well, I can’t understand how they went on to the red carpet afterwards,” Vikander adds. “To be met by people asking, ‘How are you doing?’ Given what they had just been through? Most people would not be able to step out of their house.”

Vikander recalled feeling lonely, telling the outlet that while she appeared on top of the world career-wise, she often felt sad and lonely.

“When, in other people’s eyes, I was at my height of fame, I was the most sad. I kept telling myself, ‘Take it in. It is incredible.’ But I didn’t know what to do. There were all these first-class flights, five-star rooms. But I was always by myself. I was by myself,” she says.

Though it was difficult to get to the other side of that painful time, Vikander and Fassbender found a way through, and have managed to balance their busy careers as actors with their new role as parents.

“We do every second job,” Vikander explains. “One stays at home while the other works.”

Their son’s arrival comes four years after Vikander and Fassbender tied the knot in Ibiza in October 2017.

The 33-year-old actress opened up about married life with Fassbender in a 2018 interview with Vogue.

“I feel I’m more happy and content than I’ve ever been,” she shared.

While Vikander opted not to elaborate on their relationship, she did praise the 45-year-old as an actor.

“I think he’s one of the absolute best actors I’ve worked with,” she mused. “Of course he’d done more films than me, but immediately when we started to work together he was so open to wanting me to chip in new ideas and thoughts. He would be like, ‘I’m stuck; what should I do?’ and I would say, ‘You’re asking me?’ That was such a sweet thing.”