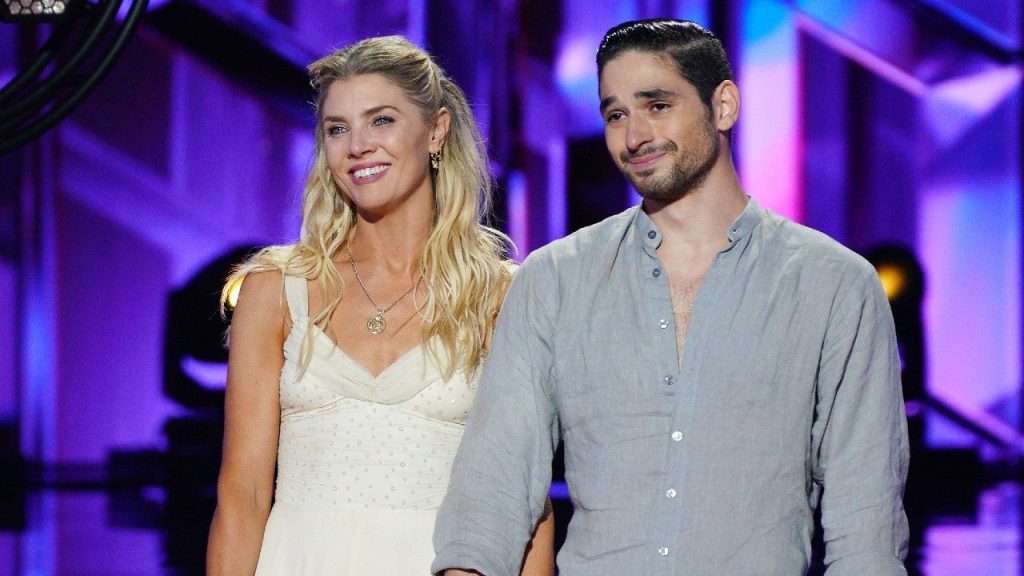 Monday’s semi-finals on Dancing With the Stars ended with a performance from Amanda Kloots and Alan Bersten that left everyone in tears.

The pair performed a redemption tango earlier in the episode, but it was their moving contemporary dance set to the song “Live Your Life” by Amanda’s late husband, Nick Cordero, that earned them a perfect score and a moment that will go down in DWTS history.

Cordero, a Broadway performer, died last July after a 95-day battle with COVID-19. He is survived by Amanda and their 2-year-old son, Elvis. Throughout his lengthy fight, Amanda and Nick’s fans and supporters played “Live Your Life” every night at the same time to show their support and continued well-wishes for his recovery. So when the time came to dance to the song on DWTS, Amanda knew the moment had to be special.

ET’s special correspondent, Olivia Jade, who was previously a contestant on this season of DWTS, spoke with Amanda and Alan following their emotional performance and after they were saved from elimination by the judges upon placing in the bottom two.

“It all felt so magical. …It was honestly, it was it was like Carrie Ann [Inaba] said, we transcended,” Alan told ET of performing to Cordero’s song. “I know Amanda 100 percent transcended but it was it was beautiful, and I’m so grateful for that.”

Amanda was appreciative of her partner’s willingness to internalize her heartbreaking story and transform it into moving choreography.

“I have to give him major props though because he sat down and listened to my whole story and then in the room really kind of took a moment to remember that story and remember special things that I told him that happened that only I know about and that means a lot to me,” Amanda shared. “We incorporated them into the choreography and the dance, so that it felt like I was telling a story instead of just dancing a dance to Nick’s song. And that meant the world to me, it really did.”

Alan added that the pressure was on to deliver due to the personal nature of this week’s performance.

As for being in the bottom two, the pair weren’t phased by it. “Doesn’t even matter,” Alan said.

“It’s so much going on, Olivia, especially that last dance. All that emotion and then then the emotion of being terrified at being in the bottom two and not wanting me to go home,” Amanda added. “It’s close to the final, so we’re just so happy to be here. Thank you for voting for us, oh my gosh, we’re happy to be here.”

Before the season even started, Amanda told ET’s Lauren Zima that she planned to dance to Nick’s song.

“I wanna dance to Nick’s song,” she stated back in September. “I want that moment. I know he’ll be with me on the dance floor every single time… I know it’ll be tough, but in a weird way, I kind of really look forward to that moment where I get to dance to his music.”

The Dancing With the Stars finale will take place Monday, Nov. 21 at 8 p.m. ET on ABC.

‘DWTS’ Season 30: JoJo Siwa on Getting Perfect Scores in Week 9 of Semifinals (Exclusive)