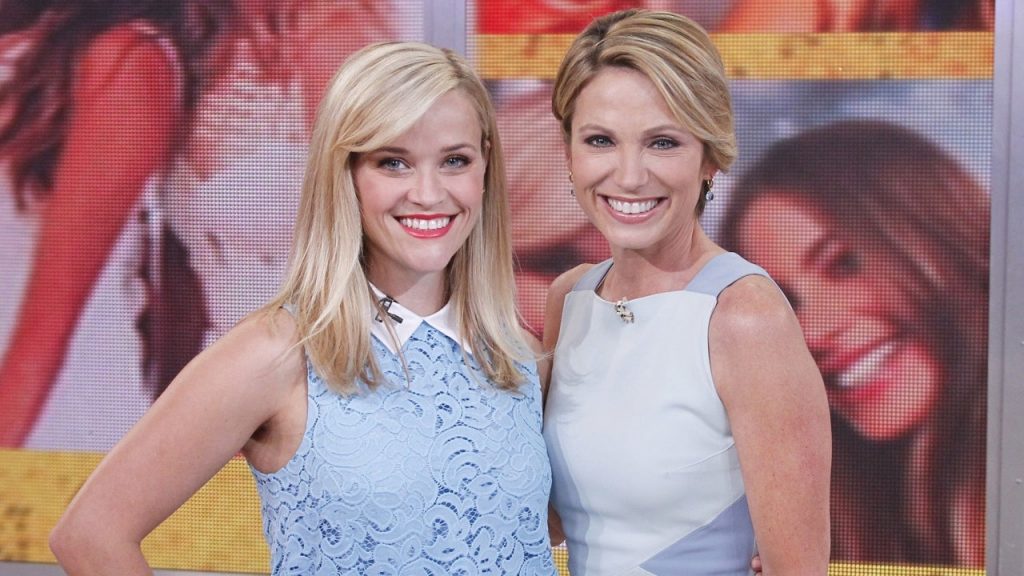 ‘Sister Wives’: Janelle Accuses Kody of Using Her for Money

T.J. Holmes Once Defended Marriage as Something ‘Everyone Should…

EXCLUSIVE: Gabourey Sidibe on Her Weight-Loss Surgery: ‘The Only…

It’s been a dramatic week for Amy Robach and T.J. Holmes on Good Morning America. The couple’s romance has been revealed amid their splits from their spouses, and they have temporarily have been taken off the air and are not co-hosting their show, GM3, this week.

In light of all that’s going on, an interview featuring Robach talking to Morning Show star and creator Reese Witherspoon has resurfaced online.

In the clip, Witherspoon asks of her Apple TV+ drama, “Does it hit home a little bit?” and Robach teases, “We could give you a few more plot lines.”

The Morning Show follows the drama behind-the-scenes of a morning news show, ? la GMA and the Today show.

As for Robach and Holmes, their personal lives have been pushed to the forefront of the news after PDA photos surfaced of the co-anchors last week, which led to their off-screen romantic relationship being revealed.

A source previously told ET that Kimberly Godwin, president of ABC News, addressed the situation during a morning editorial meeting on Monday.

“I’m going to talk about something that has become an internal and external distraction. The relationship between two of our colleagues,” Godwin said, according to the source. “I want to say that while the relationship is not a violation of company policy, I have really taken the last few days to think about and work through what is the best for ABC News. For now, I’m going to take Amy and T.J. off the air while we figure this out. Today, it will be Gio Benitez and Stephanie Ramos doing GMA 3 and we’ll take it from there.”

Meanwhile, a source tells ET, “The relationship is all anyone can talk about. Staffers are filled with mixed emotions, because these two are very respected amongst the company, and are also two consenting adults, living their lives. Everyone was wondering when the bosses would step in, and now that they have, it’s a waiting game.”

Another source tells ET that they have heard that not having Holmes and Robach on the air is not a disciplinary move; it’s just to let things calm down. A source told ET last week that neither Holmes or Robach would face disciplinary action over their romance because they are two consenting co-workers who are equals.

Another source told ET that the two journalists both separated from their spouses in August. Both have been married since 2010 — Holmes, 45, to attorney Marilee Fiebig, and Robach, 49, to actor Andrew Shue.

T.J. Holmes and Amy Robach Are Taken Off Air by ‘Good Morning America’

Amy Robach and T.J. Holmes: Past Marriages and On-Air Chemistry