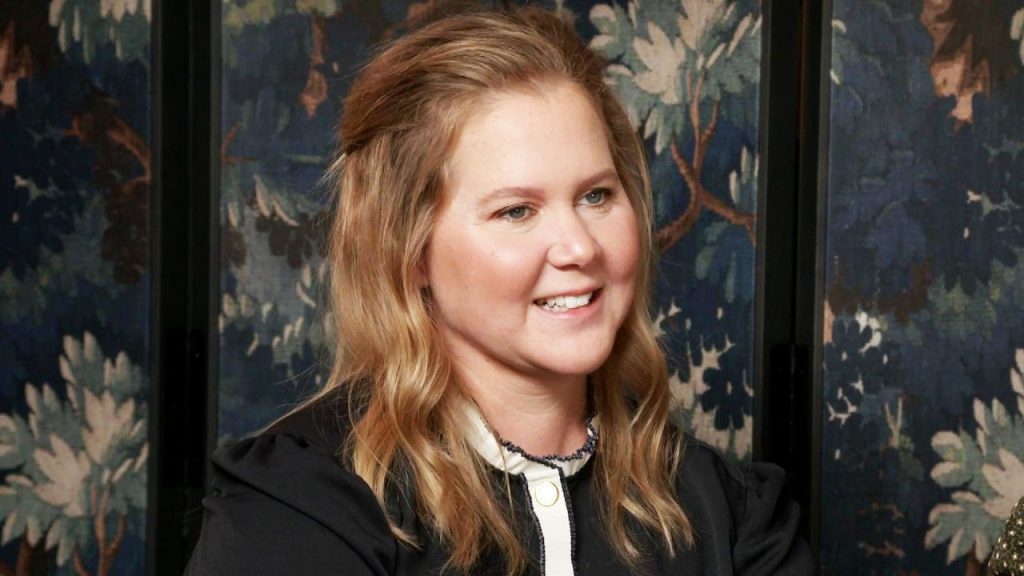 Amy Schumer is loving being married to her husband, chef Chris Fischer. ET’s Lauren Zima spoke with the comedian alongside her The Humans co-stars, Beanie Feldstein and Steven Yeun, and she talked about spending the holidays with Fischer and their 2-year-old son, Gene.

The Humans, which hits theaters on Nov. 24 and will also stream on Showtime, follows the course of an evening in which a family gathers for Thanksgiving as family tensions reach a boiling point. The film is based on the Tony Award-winning production of the same name. Schumer joked that the way to get through any awkward family holiday dinner is edible marijuana, but on a more serious note, her holidays actually sound a lot more relaxing.

“My mom and dad come over and we keep it pretty pretty chill,” she says.

She also joked that baby Gene understands the Thanksgiving holiday.

“Yes, actually he understands what we did to the native people,” she says. “Gene’s woke.”

Schumer noted her family always has great food thanks to Fischer being a chef. Fischer has worked under Mario Batali in New York City and was awarded the James Beard Award in 2016 for his book, The Beetlebung Farm Cookbook, that he co-wrote.

As for filming The Humans, Schumer said the cast became extremely close and called the experience special.

“It was real. I mean, really, we all fell in love with each other and we had such a good time,” she says. “It was the dream. I feel like everybody says that that happens on every project but this really happened.”

The tight-knit cast even has a group text chain that has continued after filming.

“On our group texts, it’s been over the pandemic to feel like you have this other family,” Schumer says. “And I don’t think that group text is gonna slow down anytime soon.”

Yeun adds, “I think Amy’s the most reliable to just, like, bring everything home or keep it entertaining.”

“I’m extremely awkward on that thing I’m terrible at group texts,” he continues. “And not in a bad way, just what I offer the group. Yeah, I bring the awkwardness to the group.”