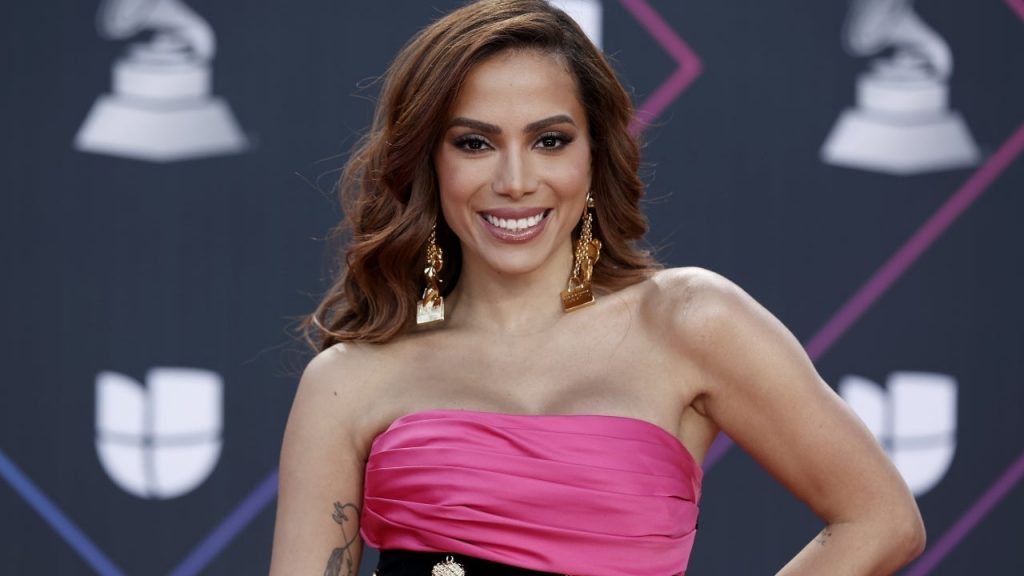 Anitta is living her best life at the 2021 Latin GRAMMYs.

The Brazilian super star was “so happy” to be a part of this year’s celebration, held in Las Vegas on Thursday. Chatting with ET’s Denny Directo, Anitta — looking stunning in Moschino — touched on opening the show with Gloria Estefan and directing her fierce “Envolver” music video.

“I’m super happy to be performing with Gloria Estefan, the first performance of the night, representing my country, honoring Brazil,” she excitedly said, adding, “I’m super happy about it.”

After the last couple of years amid the pandemic, Anitta was all about having a good time.

“She’s an inspiration, her career,” Anitta said of Estefan. “When I want to picture how to build a career, for me, she’s next level. I cannot even believe we’re friends.”

She also touched on her latest music video, which she directed, and gushed over her love interest in the visual.

“I’m going to create a video, just to have him in it. I know [he’s so hot],” she said, adding that she worked out hard before filming.