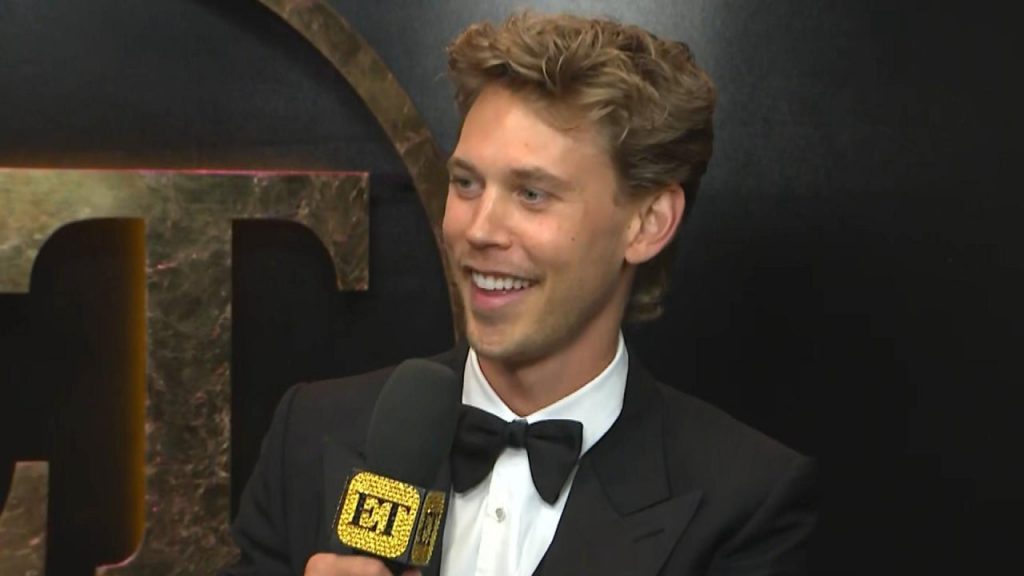 Austin Butler is all about paying homage to the legends that came before him! On Tuesday, Butler took home a Golden Globe for his role as The King of Rock ‘n’ Roll in Baz Luhrmann’s Elvis. During his speech, the rising star made sure he gave a special shout-out to Denzel Washington.

In 2018, Butler and Washington starred alongside each other in Broadway’s The Iceman Cometh.

Backstage, after accepting his award, Butler celebrated with ET’s Nischelle Turner, and dished about making sure he thanked Washington for making the call that helped him land the role in Elvis.

“Denzel didn’t have to, he’s the king he doesn’t have to do anything for me,” Bulter said. “But he took it out of the kindness of his heart to call Baz and I just respect him so much and I’m so grateful for him. And it just feels like this cherry on top, where you get a moment like this, something I’ve seen a lot of my heroes get up there and do.It’s really special.”

Butler had more celebrities to thank during his speech. While on stage, he had gratitude for his “dance partner,” Tom Hanks, who played Elvis’ manager, Colonel Tom Parker. Butler also thanked Luhrmann for “believing in me in those moments when I didn’t even believe in myself.”

Butler also looked out in the audience and saw his Once Upon a Time… in Hollywood director, Quentin Tarantino, and co-star, Brad Pitt — who was the most popular person at the ceremony.

“For so long in my career, I was doing things I was grateful for, but it wasn’t the lane that I wanted to be in,” he shared with ET. “Doing this play that I did on Broadway with Denzel that was a thing that changed my career. And then, from there, getting to work with Quentin Tarantino changed my career.”

Ahead of the show, Butler dished about his feelings coming into the ceremony.

“It’s really special,” he told ET. “Right now, getting to see all these people that I admire so much. And under these circumstances, I just feel very happy and grateful.”

In a recent interview with The Hollywood Reporter, Butler detailed how he came to land his Elvis role.

“But the month before I heard that Bazwas making the movie, I was going to look at Christmas lights with a friend, and there was an Elvis Christmas song on the radio, and I was singing along, and my friend looked over at me and goes, ‘You’ve got to play Elvis,'” he recalled. “I said, ‘Oh, that’s such a long shot.’ Then my agent called and said, ‘So Baz Luhrmann is making an Elvis film …’ The hairs just stood up on my arms.”