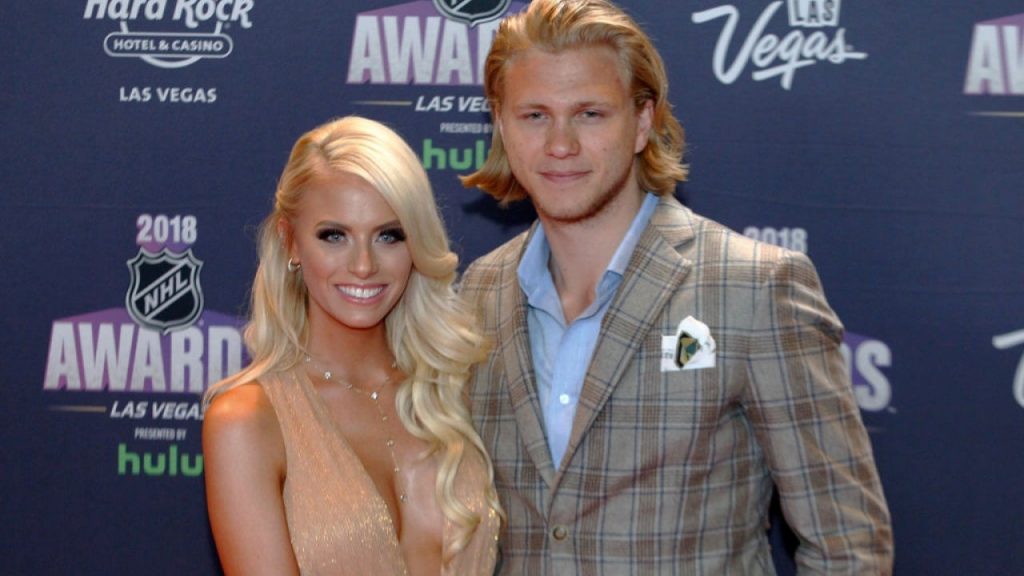 Wedding bells are ringing for Bachelor Nation‘s Emily Ferguson and her new husband, NHL star William Karlsson! The couple got hitched in Las Vegas over the weekend and celebrated their nuptials surrounded by friends and family.

Emily and William were first romantically linked in November 2017. They went on to get engaged on Dec. 11, 2020, before officially tying the knot on Saturday.

William, who hails from Sweden, has played for the Vegas Golden Knights as a forward since 2017 and is currently on an eight-year contract with the NHL team. Emily, a Bachelor and Bachelor in Paradise alum, was first a contestant on Ben Higgins‘ season. The reality star then went on to appear in the third and fourth seasons of Paradise.

You’ll remember Emily and her twin sister, Haley, from when they competed together in the famed reality franchise together. The fan-favorite twins came together for a joint bachelorette party in February followed by a shared bridal party in May. Though some Bachelor Nation fans were hoping for a double wedding, the sisters opted to keep it separate, with Haley marrying Oula in June of this year. Of course, they each served as the maid of honor in each other’s weddings.

After being a part of the Bachelor franchise, the show’s first-ever set of twins expanded their reach into the reality TV world with their spinoff series, The Twins: Happily Ever After?, which aired in 2017.

How Kaitlyn Bristowe Feels About ‘The Bachelorette’ Having Two Leads

‘The Bachelorette’: Gabby and Rachel Reveal What the Mansion Smells Like (Exclusive)