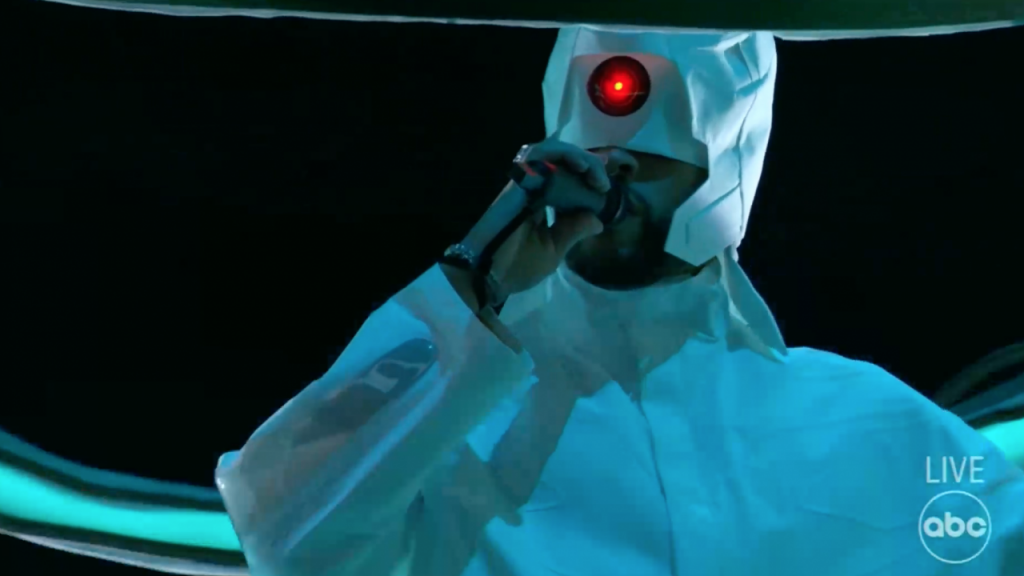 The artists took the stage to perform their melancholic track, “Lo Siento BB,” which is featured off of Tainy’s debut album, Data, during Sunday’s award show. Tainy and the Mexican singer-songwriter kicked off the performance. Venegas was not in attendance, instead, her face appeared on the screen on the robot-like pianist.

Bad Bunny then followed, dressed in a white ensemble with a matching hat that featured a green and red light, as he stood on another platform.

This marked the first time Bad Bunny, Venegas and Tainy performed the single live, which was released in October.

Bad Bunny is nominated for five awards this year, The reggaeton icon last performed “I Like It” at the AMAs in 2018 alongside J Balvin and 2021 AMAs host Cardi B.

Before hitting the stage, the artists posed on the red carpet, with Bad Bunny rocking a baby blue puffer jacket with aqua pants a white tank and sneakers.

ET also spoke with Tainy, who had teased the high-tech performance, sharing how it resembled the song’s music video. He also admitted that he was nervous but “as soon as it’s game time it’s gonna happen.”

“I’m excited. I hope the people are excited to see it. I know Benito is excited too,” he added.

PrevPrevious2021 American Music Awards: See All the Red Carpet Arrivals
NextBTS Dishes on Their Night Out With Lizzo at Harry Styles Concert! (Exclusive)Next