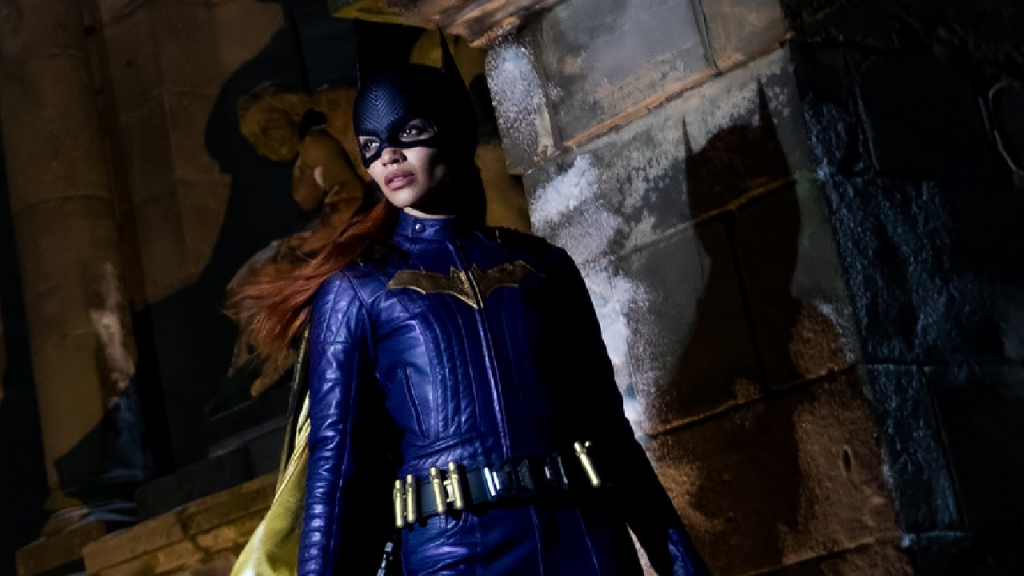 The actress took to Instagram to share her pride in the production, despite the studio’s decision. She wrote, “On the heels of the recent news about our movie “Batgirl,” I am proud of the love, hard work and intention all of our incredible cast and tireless crew put into this film over 7 months in Scotland. I feel blessed to have worked among absolute greats and forged relationships for a lifetime in the process! To every Batgirl fan – THANK YOU for the love and belief, allowing me to take on the cape and become, as Babs said best, ‘my own damn hero!'”

Earlier in the day, directors spoke out about the decision, “We are saddened and shocked by the news,” Adil El Arbi and Bilall Fallah shared in a statement posted to Instagram. “We still can’t believe it. As directors, it is critical that our work be shown to audiences, and while the film was far from finished, we wish that fans all over the world would have had the opportunity to see and embrace the final film themselves. Maybe one day they will insha’Allah.”

The directors also thanked their “amazing cast and crew,” including Michael Keaton — who was set to reprise his Batman role in the film — J.K. Simmons, Brendan Fraser, Jacob Scipio, Corey Johnson, Rebecca Front, and “especially the great Leslie Grace, who portrayed Batgirl with so much passion, dedication and humanity.”

“In any case, as huge fans of Batman since we were little kids, it was a privilege and an honor to have been a part of the DCEU, even if it was for a brief moment. Batgirl For Life.”

In a statement to The Hollywood Reporter, a Warner Bros. spokesperson said, “The decision to not release Batgirl reflects our leadership’s strategic shift as it relates to the DC universe and HBO Max. Leslie Grace is an incredibly talented actor and this decision is not a reflection of her performance. We are incredibly grateful to the filmmakers of Batgirl and Scoob! Holiday Haunt and their respective casts and we hope to collaborate with everyone again in the near future.”

Grace was set to star as Barbara Gordon in the upcoming film, which was greenlit in 2021 for an intended release on HBO Max. However, multiple reports shared on Tuesday that new leadership at Warner Bros. pivoted the company back toward theatrical releases.

Variety reported that “studio insiders insist the decision was not driven by the quality of the film or the commitment of the filmmakers, but by the desire for the studio’s slate of DC features to be at a blockbuster scale. Batgirl was budgeted to screen in homes on HBO Max, and not for a major global release in theaters. (The budget reached $90 million due in part to COVID-related delays and protocols.)”

ET was the first to speak with Grace last year after the news of her casting was announced, where she shared, “This is only my second role, but I’m learning from my colleagues and other friends of mine that you put a little bit of yourself into each character. And just in the bit of research that I’ve been doing leading into pre-production, I’ve learned a lot of things about Barbara that are very in line with me.”

“She’s someone who’s been underestimated by even her own dad and being the youngest kid, sometimes you’re insulated from all of the tough stuff of life and she’s so eager to prove to herself and to everybody else that there’s some things that she can handle,” she continued. “So, this journey is definitely going to show me a lot of that. I feel like I’m on an endless journey of proving to myself what barriers I can break, what limits I can break for myself and I’m excited to put a little bit of that eagerness and drive and, like, almost a bit of stubbornness into Barbara’s character.”

The news comes just a few months after The CW also canceled their Batwoman series, which starred Javicia Leslie as the titular DC hero. See what advice Leslie had for Grace when it came to taking on her own Bat-mantle in the video below.

‘Batgirl’ Film Starring Leslie Grace Will Not Be Released