Ben Platt and Noah Galvin Are Engaged: ‘He Agreed to Hang Out Forever’ 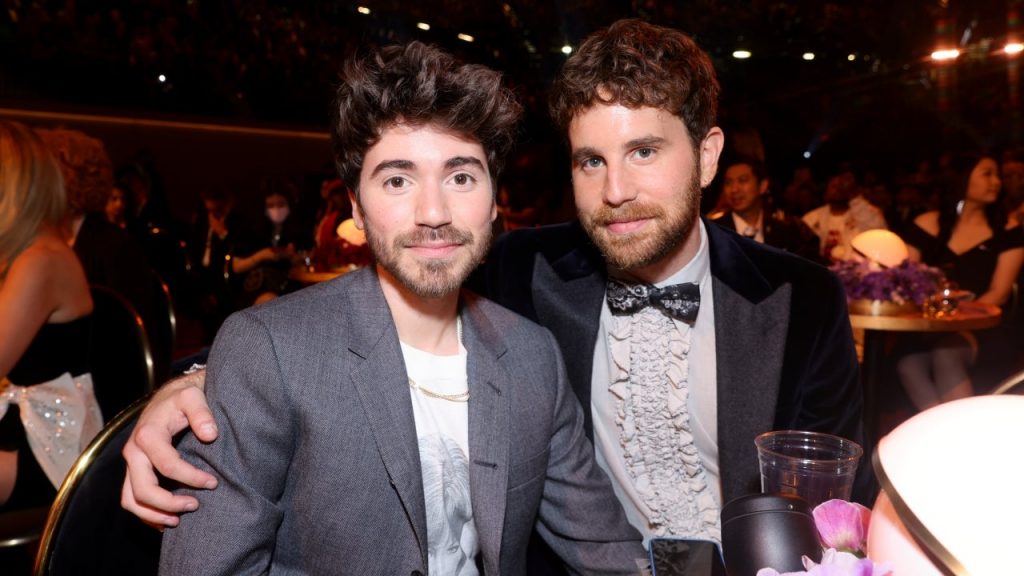 Why ‘Family Karma’s Anisha Ramakrishna Is Keeping Her Marriage O…

Margot Robbie Reacts to ‘Barbie’ Movie Costumes Already Being a …

‘Devotion’: Go Behind the Scenes With Glen Powell (Exclusive)

CMA Awards: Luke Bryan Jokes How He Was ‘Hurt’ by Fellow ‘Idol’ …

’90 Day Fianc?’: Kim on Marrying Usman and Being Part of His Fut…

‘The Kardashians’: Pete Davidson Gets Cut From New Episode

The Dear Evan Hansen stars announced the news on their respective Instagram accounts on Friday, both sharing sweet photos of the proposal, the engagement ring and the celebration afterward.

“He agreed to hang out forever,” Platt, 29, wrote on his Instagram post of the intimate moment they got engaged. He also included an emoji of two hearts in his caption.

Galvin also shared many of the same photos, capping off the engagement announcement with a candid photo of the duo as he showed off his engagement ring.

“I said yeehaw and then cried for like 7 hours,” Galvin, 28, sweetly wrote.

“I AM SO HAPPY AND HAVENT STOPPED CRYING,” Feldstein commented on Platt’s post.

Platt and Galvin confirmed their relationship in May 2020. Galvin took over the title role in the Broadway musical, Dear Evan Hansen, from Platt in 2017.

Just last week, Platt played coy when asked if a wedding was on the horizon when he spoke with ET’s Cassie DiLaura at the premiere of The People We Hate at the Wedding.

“I don’t know. We’ll have to wait and see,” he said Nov. 16, adding that he usually is the kind of wedding that “gives back what the wedding gives out.” “Like, if it’s a little stiff and disconnected I have a hard time engaging, but if it’s warm and fun, I will light up the dance floor.”

Platt and Galvin stepped out on the red carpet in April at the GRAMMYs.

“It’s the first time we’ve been able to take pictures together because of the pandemic and all that noise, but it’s been a beautiful first time together,” Platt told ET at the time “It means everything and more [to have him here].”

“It’s been a very overwhelming rollout, a lot of noise and a lot of stuff, and having him by my side, it makes everything much, much more handle-able and more joyful,” the actor said. “I’m very, very lucky he’s here… He makes it all really feel worth it.”

Congratulations to the happy couple!