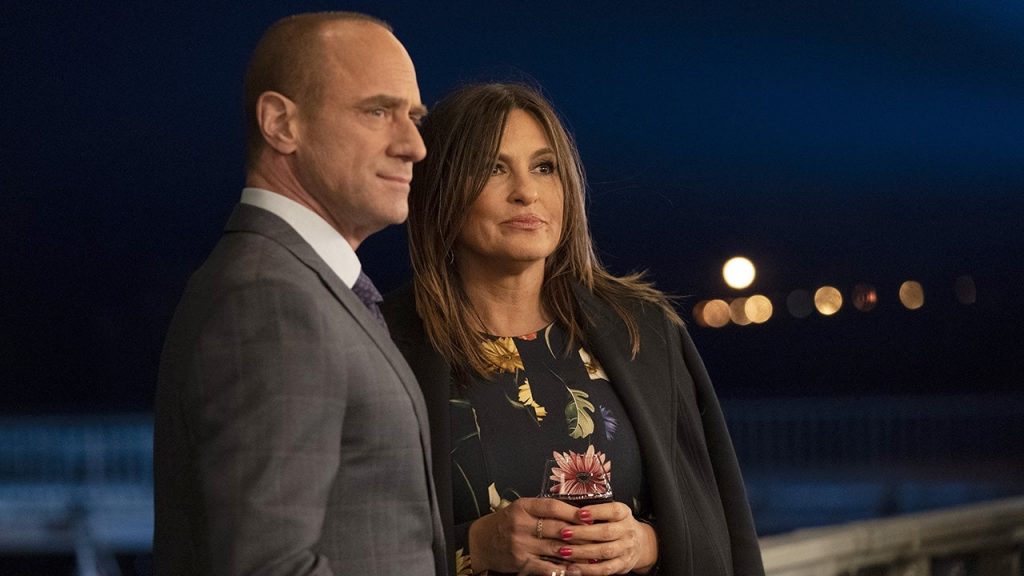 The Law & Order franchise seems to be giving fans mixed signals about the relationship status between Olivia Benson (Mariska Hargitay) and Elliot Stabler (Chris Meloni). In the latest promo for an all-new crossover event between Special Victims Unit and Organized Crime, the two characters appear to hold hands as they ride in a car together.

“Whatever happens, we’re going to take it one step at a time,” Benson tells Stabler, who is driving and then looks down at his hand interlocked with hers at the end of the 15-second promo, which also teases Raul Esparza’s return as ADA-turned-defense attorney, Rafael Barba, to defend Richard Wheatley (Dylan McDermott).

There is a lot happening in those 15 seconds!

Benson and Stabler holding hands comes after Stabler professed his love for his former partner and even gave her a letter confessing a history of complicated feelings for her – with all these moments giving fans hope.

However, ahead of both series’ return this fall, Meloni as well as creator Dick Wolf shut down any potential for a romantic relationship – at least right now. “I think it’s going to be a collaborative effort between both showrunners and Mariska and I to figure it all out. It’s a complicated relationship, so we’ll see,” Meloni said in September.

“I don’t anticipate them running off and living together as much as the audience would like that,” Wolf later told ET. “Anticipation is the most exciting part of most relationships… the chase is always better.”

“The shows are good and having them onscreen together I think is enough. I don’t think you have to push it to the next level,” the producer continued, content with their current dynamic. “At least not this year. I mean, as I said, you never know what the future holds.”

At any rate, fans will have to see what the moment means for Benson and Stabler when the two-hour crossover event premieres Thursday, Dec. 9 at 9 p.m. ET/PT on NBC.