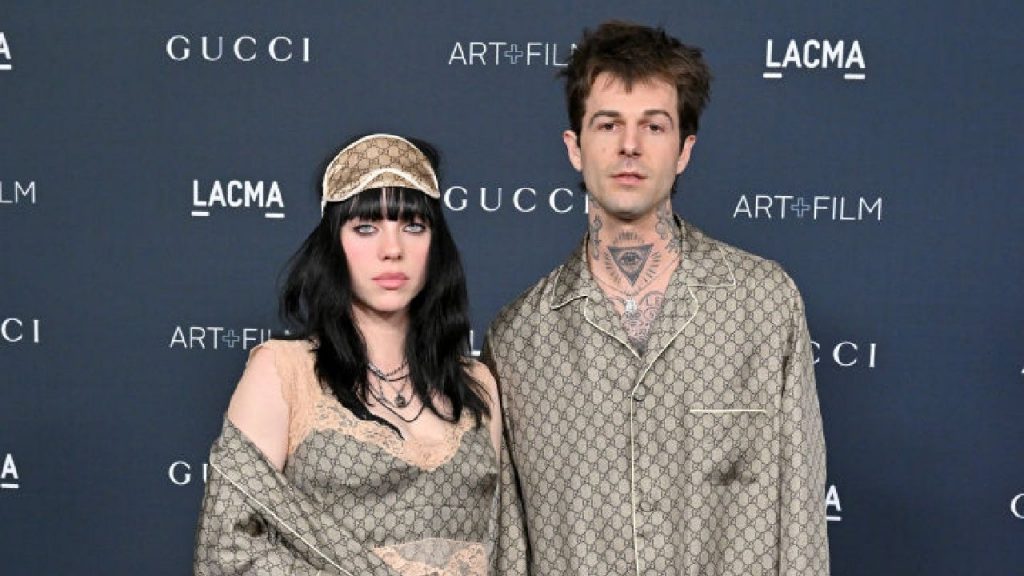 Billie Eilish and her boyfriend, Jesse Rutherford, know how to make a statement. The couple made their red carpet debut at the 11th Annual LACMA Art + Film Gala Saturday in matching Gucci pajamas.

The pair entered the event draped in a large Gucci blanket before stepping onto the event’s blue carpet to reveal their chic, silk pajamas. Eilish rocked a slip dress-style nightgown with lace details in Gucci’s traditional colorway, while Rutherford opted for a pant and shirt set in the same pattern and color.

The new couple snapped a few more shots on the carpet under the giant blanket, standing cheek-to-cheek as they posed for the cameras.

Eilish dressed as a baby, with ringlet hair and a bonnet cap, while Rutherford went as an old man in a bald cap and suspenders.

“Life is craaaaaaaaaaaaaaazy? happy halloween??,” Eilish captioned the Instagram post. She posted the costume shot at the end of a carousel of photos and videos featuring several concerts and recording sessions, a few different costumes, a dog on the couch, and an x-ray of a broken bone.

Eilish first sparked romance rumors with The Neighborhood singer when fans saw the two of them at a restaurant for dinner and later at Halloween Horror Nights at Universal Studios. Days after those sightings, Eilish and Rutherford were spotted sharing a kiss outside a Los Angeles restaurant. Eilish’s Halloween post is the first time either one of them has referenced their relationship.