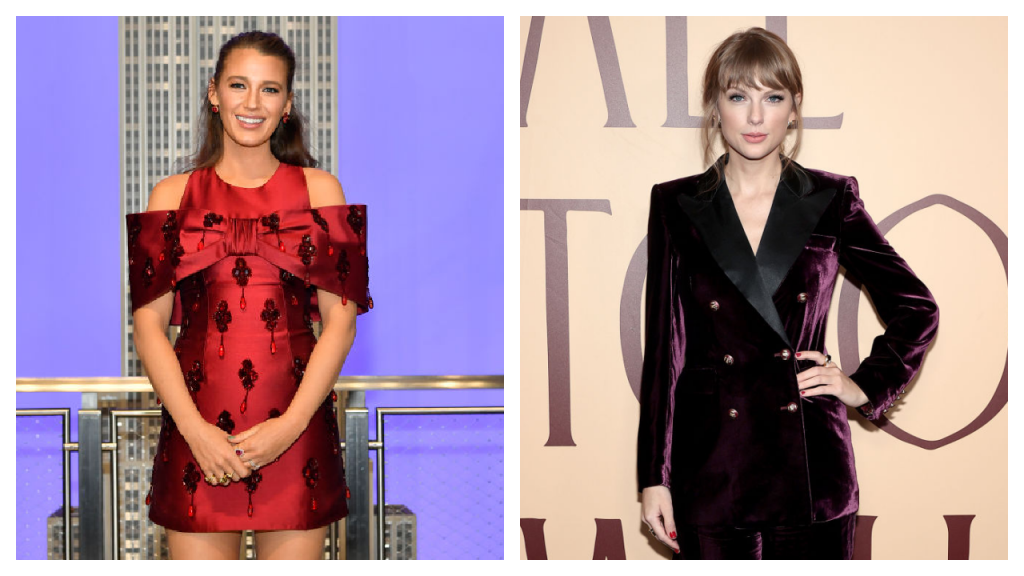 Blake Lively is putting her director’s cap on for Taylor Swift‘s next music video. Swift took to Instagram after her Saturday Night Live performance over the weekend, to share that Lively will be making her directorial debut with the new video for Swift’s track, “I Bet You Think About Me (Taylor’s Version) [From The Vault].”

“SURPRISE! NEW MUSIC VIDEO TOMORROW at 10am ET ? I finally got to work with the brilliant, brave, & wickedly funny @blakelively on her directorial debut. Join us as we raise a toast, and a little hell,” Swift wrote next to a teaser for the upcoming video.

In the clip, we see a white cake with two red lines drawn through it, before a hand — featuring red nails and a red ring — digs into the treat, revealing more of the cake’s red interior.

Lively also shared a link to the music video for the re-released track, which features country music star, Chris Stapleton.

The 34-year-old actress and her husband, Ryan Reynolds, were in attendance Saturday night to support Swift’s SNL performance of another one of her re-released tracks, “All Too Well.”

Swift sang the 10-minute version of her song in front of a giant screen playing the short film she made for the song, which features Stranger Things star Sadie Sink and Teen Wolf actor Dylan O’Brien.

Swift spoke to ET’s Nischelle Turner on the red carpet at the theatrical debut of the film, in New York’s Lincoln Square, where she opened up about directing and starring in the “all-consuming” video.

“I felt as fulfilled by it as I do when I craft a song, and think about every aspect of it,” the 31-year-old musician said of the film. “It comes together and then it goes out into the world.”

“There are so many moving pieces,” she added, “but honestly the actors, Sadie and Dylan, they just gave everything and I trusted them so much because I watched everything they’ve done. I’ve been a fan of theirs for ages, and so I knew– I had a feeling, if you put these two people in a room and you trust their instincts, magical things could happen.”

Swift also touched on her ability to go back and revisit the record she initially put out in 2012, calling the opportunity “an amazing experience.”

“One of the things about the whole discussion over music ownership is that this was something that started out as a really hard thing I went through,” she said of her decision to pursue the ownership of her songs following a highly publicized feud with Big Machine Label Group’s Scooter Braun and Scott Borchetta over her original master recordings. “The fans are the people who turned it into something very empowering. They were just saying to me over and over again, ‘We wanna listen to your versions. If you redo it, that’s what we’ll listen to.'”

“If they hadn’t done that, I don’t think I’d be having this amazing exciting experience of being here,” she added.

For more on Swift, watch the video below.