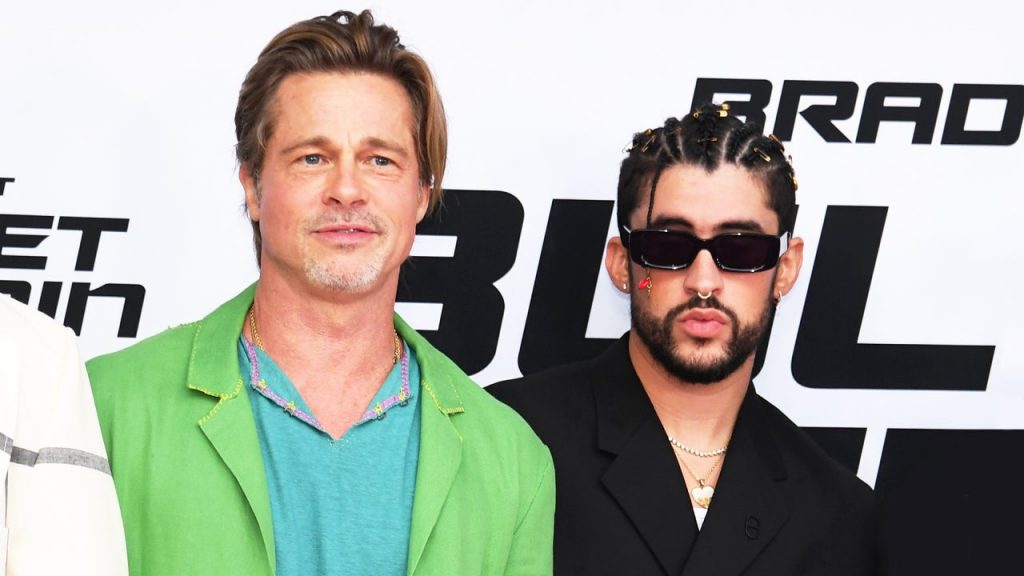 Bad Bunny Overwhelmed With Excitement Over Brad Pitt at ‘Bullet …

Ellen Pompeo Says ‘Grey’s Anatomy’ Should Keep Going ‘Beyond Me’…

Bad Bunny is one of the biggest global music superstars on the planet, but even the pressure of that can get to him. Good thing his Bullet Train co-star, Brad Pitt, is there with a word about surviving being at the top of the business and your career.

“When you are bigger and bigger, people expecting bigger things,” Bad Bunny told Good Morning America during an interview on Thursday. “So, you know, I just try to not feel that pressure but it’s impossible. ‘Cause my name is everywhere.”

Pitt, who stars alongside Bad Bunny in the film, chimed in when the interviewer compared the 28-year-old’s success to his in the ’90s.

“You know what, it does sound like my ’90s,” Pitt exclaimed. “And then I learned, you just keep making it, you don’t pay attention to any of it and it doesn’t change the outcome. And you enjoy your life much more.”

As for the lesson the Oscar-winning actor has for the young star, “Well, one it’s, like, being surrounded by people you love and respect,” he added. “And just following what interests you.”

Bad Bunny — whose real name is Benito A Mart?nez Ocasio — spoke to ET earlier this week about working alongside Pitt and walking his first red carpet.

“I’m very grateful,” the “Tit? Me Pregunt?” rapper told ET. “I’m happy. I never imagined before to be here on a red carpet of a Hollywood movie with a whole elenco de actores Brad Pitt. I’m very excited. Enjoy this moment.”

As for taking on the role of The Wolf and going head to head with Pitt, the “Calla?ta” rapper said it’s something he was meant to do.

“People know that I like the fight,” the avid WWE fan said. “So, this is my thing, you know, the action.”

PrevPrevious‘Joker: Folie ? Deux’: Lady Gaga to Play Harley Quinn Opposite Joaquin Phoenix in Musical Sequel
NextCrocs Are on Sale for Up to 50% Off Now: Shop The Best Deals on Popular StylesNext