Brad Pitt Wins Most Popular at 2023 Golden Globes: See the Shout-Outs and Pics 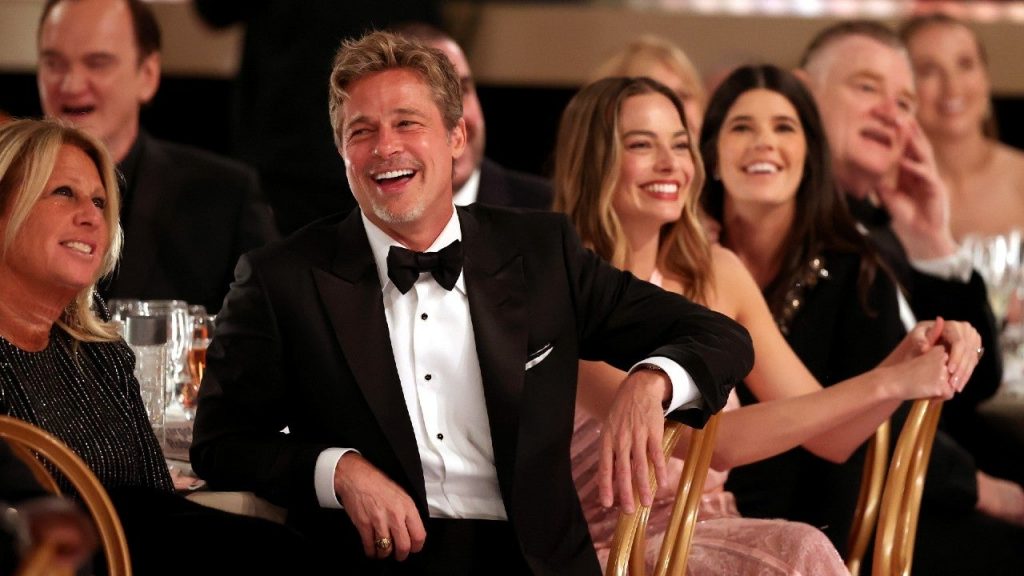 He might not have won a Golden Globe, but on Tuesday night, Brad Pitt was front row center at The Beverly Hilton Hotel. The 59-year-old Babylon star was by far the most popular star of the night, receiving multiple on-stage shout-outs from his former co-stars and admirers.

Globe winner Austin Butler, who co-starred with Pitt in Once Upon a Time in Hollywood, declared in his acceptance speech, “Brad, I love you.”

Abbott Elementary creator and star Quinta Brunson was overwhelmed by her show’s win, taking a moment during her speech to ground herself by calling out Pitt.

“Comedy brings people together. Comedy gives us all the same laugh. Hi, Brad Pitt,” Brunson quipped as the crowd laughed.

Brunson’s Abbott co-star, Janelle James, joked with ET’s Kevin Frazier that she was heading to the after-party to “rub shoulders with Brad Pitt.”

“I know I heard he was here, but to see him in person was wild,” James gushed to ET. “Some people you shouldn’t see outside of the screen. I’m like, ‘What are you doing outside, Brad Pitt?'”

For his part, Pitt took all the moments in stride, laughing along with those who gave him the shout-outs.

“Brad looks relaxed and smiling,” an eyewitness told ET from inside the show. “Brad has a Voss water bottle and cheers [Babylon] co-star Margot [Robbie] with it.”

Sticking to his sobriety, Pitt was seen throughout the night enjoying a refreshing water amid the festivities. Pitt also seemed to be cracking jokes to make Robbie laugh throughout the evening.

A sweet moment happened when Pitt went over to say hello to his other Babylon co-star, Jean Smart, and then turned to actress Julia Garner, saying, “Nice to meet you.” The Ozark star replied, “Stop it, oh my god,” and looked “star struck,” according to an eyewitness.

Pitt showed there were no hard feelings as he posed with actor Ke Huy Quan, who beat him in the Best Actor in a Supporting Role in Any Motion Picture category.

2023 Golden Globes: Most Memorable Moments of the Night!