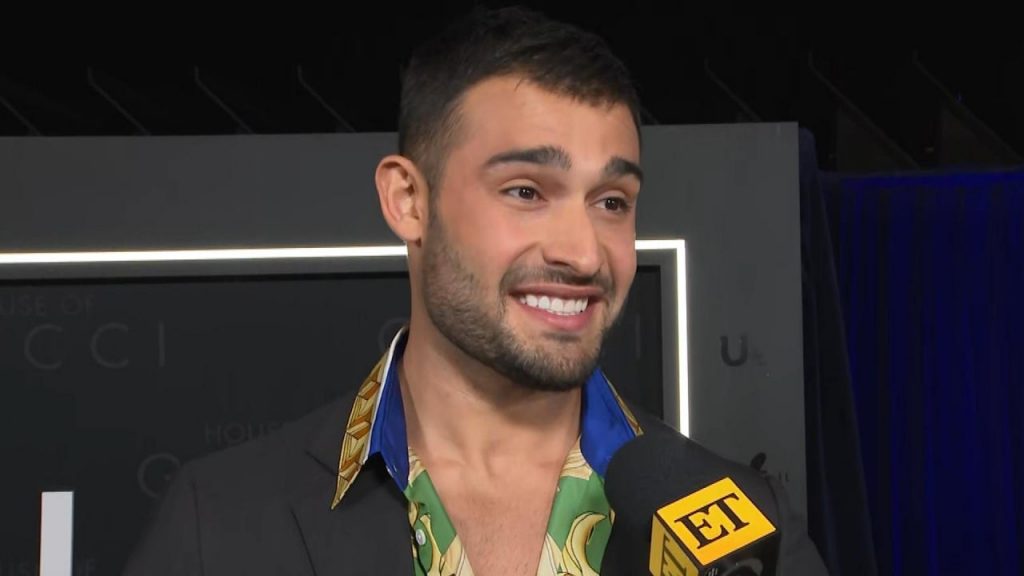 Apologies to the folks who attended the House of Gucci premiere, but the spotlight didn’t belong to Lady Gaga, Adam Driver nor Salma Hayek. It was Sam Asghari‘s for the taking!

Britney Spears made the declaration Friday after taking to Instagram to say her fiance “stole the show” at Thursday’s L.A. premiere held at the Academy Museum of Motion Pictures.

Spears posted two pictures. The first one shows Asghari flashing his bright smile and shirtless in what appears to be a jacuzzi with city views. For good measure, Spears let everyone know she snapped the pic.

In the comments section, Asghari needed just two words and an emoji to convey how he felt — “Best Photographer ?.”

Spears’ second picture showed Asghari looking chic and dapper in a fitted suit and dress shirt. The outfit was reportedly designed and styled by Donatella Versace.

There’s no denying it, the two love birds are on Cloud 9. Case in point — at the premiere, Asghari told ET’s Lauren Zima that he wants “the biggest wedding in the world.” As for when they’ll tie the knot, Asghari said it was going to be happening “sooner or later,” but it’ll be up to Spears because, as Asghari put it, “She’s wearing the pants now!”

The 27-year-old actor also chimed in about Spears’ newfound freedom from her conservatorship, and it goes without saying — they’re ecstatic.

“She’s doing great, I’m great, this is the happiest time of our lives,” Asghari said. “We’re just enjoying it!”

Sam Asghari and Britney Spears Want ‘the Biggest Wedding in the World!’ (Exclusive)

Lady Gaga ‘So Happy’ Britney Spears Gets the ‘Future She Wants’