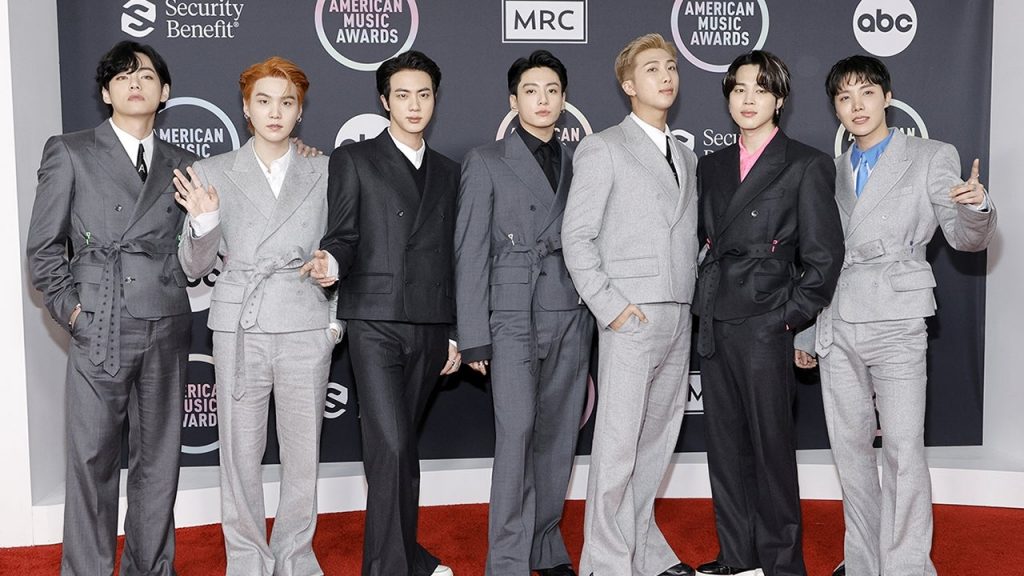 BTS has even more reason to celebrate!

The global pop superstars scored a GRAMMY nomination on Tuesday, marking the second year in a row where they’ve been recognized by The Recording Academy. This time, BTS is nominated in the Best Pop/Duo Group Performance for their hit No. 1 single, “Butter.” (They scored their first GRAMMY nomination in the same category last year for “Dynamite.”)

They’ll be competing for the gramophone with fellow category nominees “I Get a Kick Out of You” by Tony Bennett and Lady Gaga, “Lonely” by Justin Bieber and Benny Blanco, “Higher Power” by Coldplay, with whom they collaborated on “My Universe,” and “Kiss Me More” by Doja Cat featuring SZA.

“This is a huge honorFolded hands Thanks to everyone who supports our music journey! @RecordingAcad #GRAMMYs #BTS #?????,” BTS tweeted following the news.

The seven-member group, who are coming off an American Music Awards sweep over the weekend (including an Artist of the Year win), also took part in presenting nominees for the Best Alternative Music Album category during the virtual live-stream. (Their friend and “Boy With Luv” collaborator, Halsey, scored a nomination for her latest album, If I Can’t Have Love, I Want Power.)

BTS’ latest nomination is the group’s second straight year receiving recognition by the GRAMMYs. Last year, the group made history by earning K-pop’s first-ever nomination with their Best Pop Duo/Group Performance nod for the ubiquitous 2020 disco-pop hit, “Dynamite.” After making their GRAMMYs debut in 2019 as presenters, they were featured guest performers in 2020 for Lil Nas X’s star-studded “Old Town Road” performance. In 2021, they performed their GRAMMY-nominated song, “Dynamite,” with a special rooftop performance from Seoul, South Korea.

On Sunday, BTS were the big winners at the AMAs when they swept all three categories they were nominated in at the fan-voted ceremony: Favorite Pop Duo/Group, Favorite Pop Song for “Butter” and the top award of the night, Artist of the Year.

They also took the stage to perform not once, but twice — first with Coldplay for the television premiere of their recently released collaboration, “My Universe,” before closing out the ceremony with a smooth, high-energy performance of “Butter.”

The group is on a whirlwind ride ever since arriving in Los Angeles last week. They’re just days away from a four-date concert stand, Permission to Dance on Stage, at SoFi Stadium in Inglewood, California, for their first live, offline concerts in two years.

The 64th Annual GRAMMY Awards will take place on Monday, January 31, 2022 at 8 p.m. ET / 5 p.m. PT and broadcast live on CBS and Paramount+. Follow along at ETonline.com for everything you need to get ready for music’s biggest night, including how to watch, GRAMMYs performers and more.

For more on BTS and the GRAMMYs, watch below.

See All of BTS’ Best Moments From the 2021 AMAs

PrevPreviousAdele Reveals the Song Her Son Might ‘Hate’ When He’s a Teenager
NextApple Black Friday Deals: Save Big on AirPods, MacBooks, Watches and iPadsNext