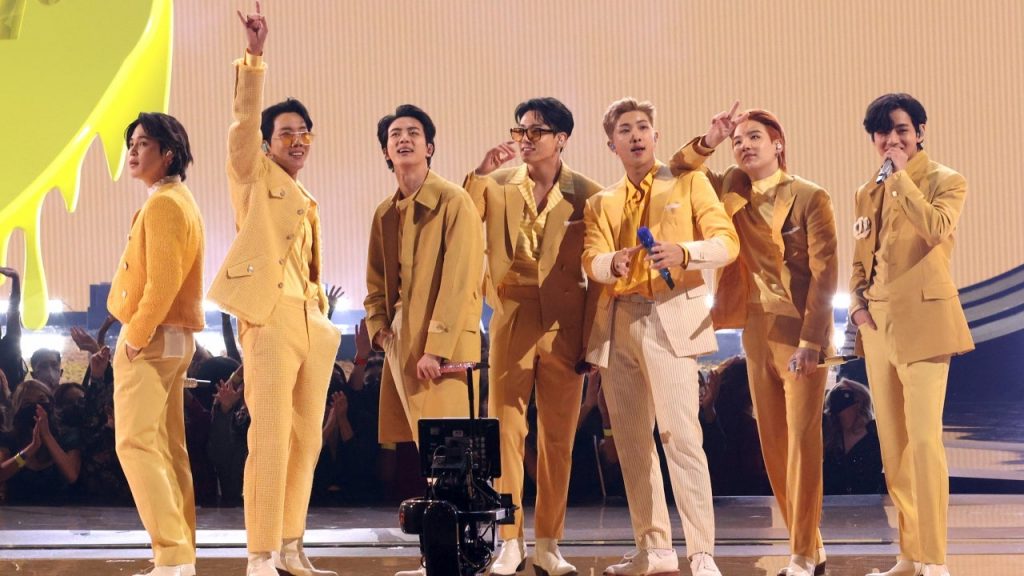 BTS brought down the house!

The K-pop group took the stage during the 2021 American Music Awards on Sunday, to perform their hit — and AMA-winning — song “Butter.” Busting out their best dance moves, RM, Jin, Jimin, J-Hope, Jungkook, Suga and V were also dressed to impress in smooth like butter yellow outfits.

The singers brought their music video to life with the perfectly choreographed dance moves. The crowd went wild as they sang the mega-song and closed out the awards show.

BTS was supposed to be performing with Megan Thee Stallion. However, on Saturday, the Hot Girl Summer herself announced that due to an “unexpected personal matter” she would have to drop out of the performance.

It was a big night for BTS, who also performed “My Universe” with Coldplay, and took home three AMAs, which were Artist of the Year, Best Pop Song and Favorite Pop Duo or Group.

Meanwhile, before delivering the sensational performances, BTS posed on the red carpet in their color-coordinated Louis Vuitton looks.

ET spoke with BTS on the red carpet, where they touched on hanging with Lizzo at the Harry Styles concert.

“It was fun, very fun,” J-Hope shared, before Jungkook added that his shirt was soaked in sweat from dancing so much.

Days before the awards show, AMAs host Cardi B told ET that her 3-year-old daughter, Kulture, is a huge BTS fan.

“That girl listens to BTS because, you know, they’re more, like, friendly and they make her dance and all that stuff,” Cardi shared. “So I know she gonna be excited to see them.”

Hear more of what she shared in the video below.