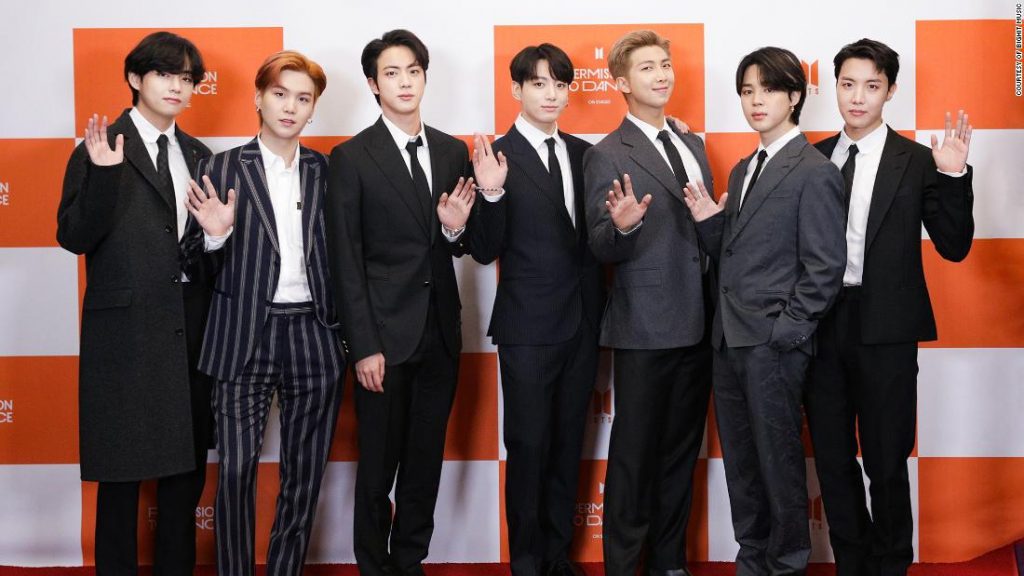 Share on facebook
Share on linkedin
Share on twitter
Share on email
The international sensation kicked off their “Permission to Dance” tour on Saturday at the SoFi Stadium.
Thousands of the K-pop group’s fans, who call themselves the “Army,” packed the stadium to watch RM, Jin, V, J-Hope, Suga, Jimin and Jungkook dazzle with their dance moves and catchy hits.
The group held a press conference on Sunday, which CNN attended, and the South Korean stars said it felt good to be back performing live after delays due to the pandemic.
“I’m very happy that we’re having this in-person concert for the first time in two years. Obviously for the past two years, ‘ordinary’ and ‘normal’ were no longer normal, so it was a very sad and difficult time for everybody,” V said.
Read More
Suga added that when he was on stage the day prior, he found himself asking, “Is this really reality or is this a dream?”
Jimin said that the Covid-19 pandemic was difficult for the group and that they tried to channel that into their music.
“We felt powerless, we were depressed. We tried to break out of that by doing what we could, releasing our songs ‘Dynamite’ and ‘Butter,’ album ‘Be’ and ‘Permission to Dance.’ Again, doing what we can and trying to find a way out of this situation,” Jimin said. “We worked hard at this because we wanted to bring healing and consolation to everyone else who were also going through hard times and who are also living through these challenges.”
“The fact that we received so much love for these songs that we’ve created gave us a lot of energy, and we hope we can pour in this positive energy that we’ve received in doing these concerts,” Jungkook said.
The group was recently nominated for a Grammy for best pop duo or group performance, something Jin said would be an “honor” if they won at the ceremony in January.
“We haven’t won a Grammy yet, and it would be an honor if we could win one,” he said.
The group’s worldwide recognition grew in 2018 with their albums “Love Yourself: Answer” and “Love Yourself: Tear.” Their successful collaboration with Coldplay is one of many — they’ve also scored hits with artists like Halsey, Ed Sheeran, Nicki Minaj and Fall Out Boy.
As for how the group stays grounded despite their enormous success?
“We don’t try to set our standards to define success because if you set those standards, it is very tiring physically and mentally to reach those goals,” J-Hope said. “Instead, just trying hard at what we do in our lives and emotions and staying true to that. And this eventually leads to a lot of success. That’s what I’m trying to do. And by doing that trying to stay true to ourselves.”
RM echoed those sentiments saying, “There’s 100 percent of success, and I’ll give fifty, half to the audience … success is not all ours, and I always try to realize that, and it helps me keep myself down to earth, and I think it’s really important to survive in this crazy industry.”