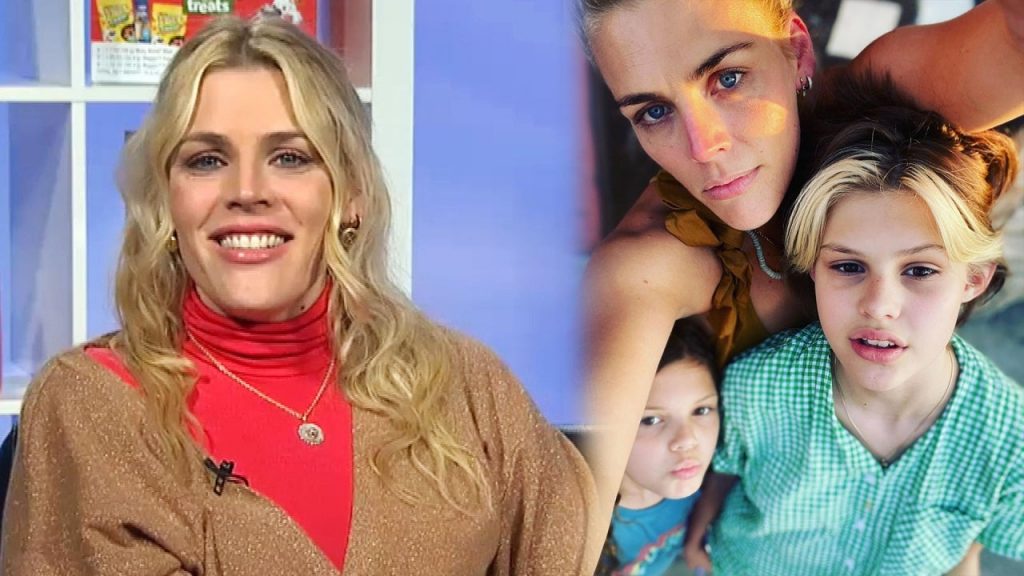 Busy Philipps has learned a lot from her child. ET’s Denny Directo spoke with the 42-year-old actress about the lessons she’s learned in the year since her eldest child, 13-year-old Birdie, came out as queer and began using they/them pronouns. Philipps and her husband, Marc Silverstein, also share Cricket, 8.

Philipps praised Birdie as being “the coolest” for their confidence in sharing who they are with the world.

“Birdie had discussed it with me. They had come to me and were like, ‘You can talk about me, my queerness, and my pronouns on your podcast,'” Philipps recalled to ET. “I was like, ‘Well, are you sure? Let’s discuss it.'”

After Philipps spoke with her family and reflected on the “great deal of value” she’s previously gleaned from sharing her personal stories publicly, she and Birdie jointly decided to discuss the teen’s identity.

“They’re kind of always unfazed by everything, in terms of how people have responded,” Philipps said of Birdie. “It was hard for me in terms of knowing that there would be people that would be unkind to my child. I felt like I was putting my kid out there, and putting them at risk of getting some of that negativity toward who they are as a person.”

Philipps’ concern abated shortly after going public with the news after Birdie told her, “Mom, you thought everybody was going to be real nice about it? No, this is the world we live in… I’m so glad you did it because… I don’t have to explain myself over and over again to people. You did me a favor.”

“I have gotten so many horrible, horrible DMs… but who cares?” Philipps said. “As Birdie says, what was I expecting?”

What outweighs those negative messages are all the positive ones Philipps receives.

“I have gotten so many messages and letters in the last year of… moms just thanking me for talking about it, talking about my child’s queerness and their choice of pronouns,” she said, “because they’re also having the same thing, but they live in a small town in the middle of the country, and this helps them be able to have the conversation easier.”

“I think it’s a part of our culture, sharing things on social media,” Philipps added. “You cannot ever predict how they’re going to be received, but you just have to know that when you’re moving through the world in a truthful way, [some] people will respond to it in a positive way, and some people won’t, but that’s their issue to work out.”

As she reflects on Thanksgiving, Philipps is focused on all that’s good in her life, and determined not to let people on social media impact her at all.

“I’m thankful for the health of my family and my friends… The last year and a half has really given us all so much perspective,” she said. “I’m thankful for my little pup, Gina, for coming into our lives when she did. I’m so thankful for everything that I have. Are you kidding? I have great kids, a great family. I’ve got an amazing job, the best co-workers you can imagine. I get to do what I love. I don’t really have a lot to complain about.”

Philipps is also thankful for the way she gets to spend Thanksgiving 2021, as she’ll be singing on a float in the Macy’s Thanksgiving Day Parade with her Girls5Eva co-stars, before running home to catch the National Dog Show Presented by Purina, an event she excitedly promoted, on TV.

“This year it’s really celebrating 20 years of all of the memories, and the incredible dogs, and the competitors, and just the impact that our animals have on our lives, both in the ring and out,” Philipps said of the dog show.

The National Dog Show Presented by Purina will air on NBC Thanksgiving Day at noon.