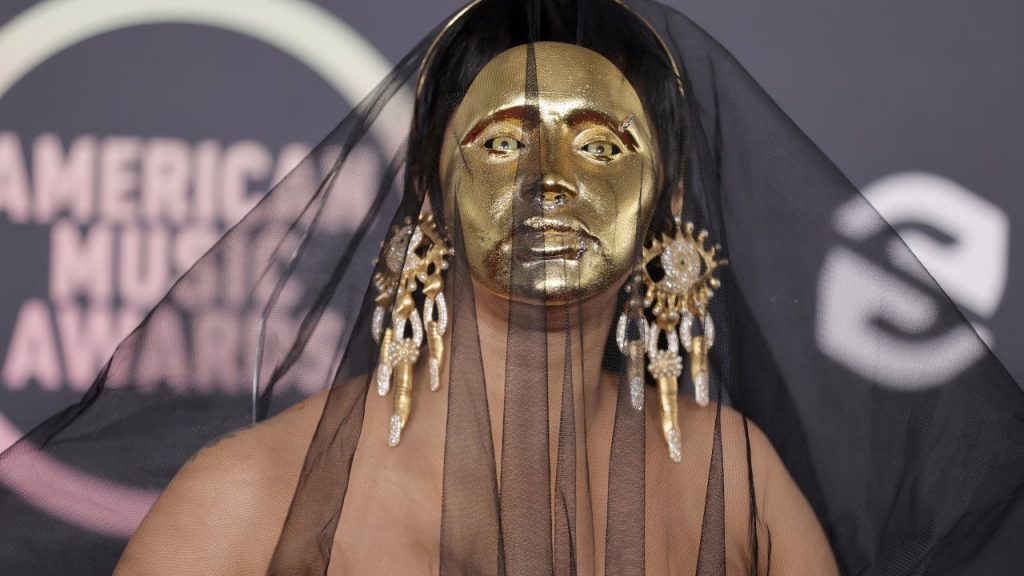 Cardi B is making a statement!

The rapper and host of the night opted for a dramatic Schiaparelli look to walk the red carpet at the 2021 American Music Awards on Sunday night. Wearing a bold gold mask with oversized dangling earrings, Cardi also donned an elegant black strapless dress with an attached veil and long gloves that featured gold nails.

It’s a big night for the “WAP” rapper, who is making her hosting debut at this year’s AMAs, live from the Microsoft Theater in Los Angeles.

ET spoke with the 29-year-old rapper ahead of her hosting debut, where she shared how she couldn’t contain her excitement while also dishing on what fans can expect.

While Cardi said she just wants the night “to be like a party,” she also admitted to being “nervous” for her duties, noting that due to COVID, she hasn’t performed or been in front of the cameras for quite a while. Cardi, meanwhile, is nominated for three awards: Favorite Female Hip-Hop Artist, Favorite Music Video and Favorite Hip-Hop Song.

“I haven’t even been focusing on like, ‘Oh am I gonna win? Am I gonna lose?'” she said. “I’ve just been so focused on hosting.”