Cardi B Says Daughter Kulture Is a Huge BTS Fan, Teases What to Expect From AMAs (Exclusive) 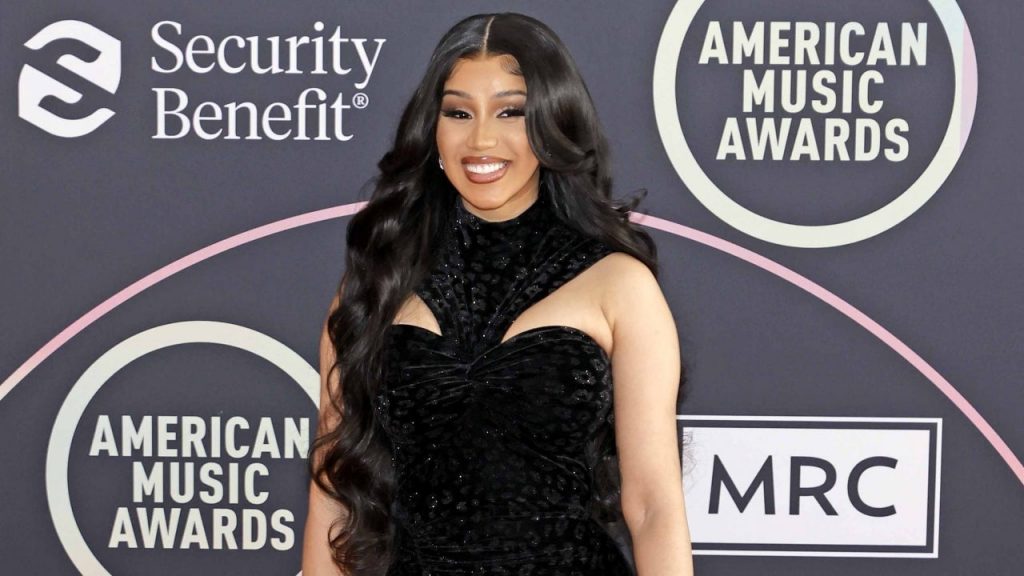 Cardi B is ready to slay the stage on Sunday night when she hosts the 2021 American Music Awards live from the Microsoft Theater in Los Angeles. ET’s Nischelle Turner spoke with the 29-year-old rapper ahead of her hosting debut and Cardi couldn’t contain her excitement while dishing on what fans can expect and who she is most excited to see.

While Cardi says she just wants the night “to be like a party,” she also admitted to being “nervous” for her duties, noting that due to COVID, she hasn’t performed or been in front of the cameras for quite a while.

When it comes to who Cardi is most excited to see, she names BTS, a group that her 3-year-old daughter loves.

“That girl listens to BTS because, you know, they’re, like, more, like, friendly and they make her dance and all that stuff,” Cardi says. “So I know she gonna be excited to see them.”

Cardi also shares that she is excited to see Megan Thee Stallion, Chloe Bailey, Silk Sonic and Bruno Mars, who she says is “such a great performer.”

“I haven’t even been focusing on like, ‘Oh am I gonna win? Am I gonna lose?'” she says. “I’ve just been so focused on hosting.”

Cardi confirmed her hosting duties earlier this month in a statement, saying: “When I received the invite to host the AMAs, I was so excited. I’m ready to bring my personality to the AMAs stage! Thank you to Jesse Collins, ABC and MRC for making this happen.”

Cardi B Fangirls Over Robert Pattinson: ‘I Felt Like a Teen!’