Carole Baskin is in a ‘Cage Fight’ post ‘Tiger King’ 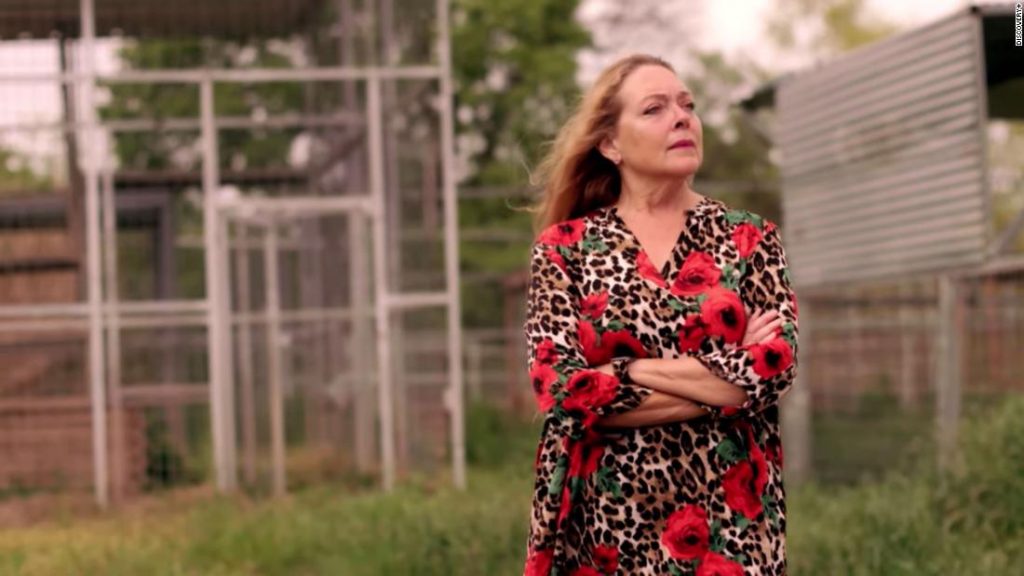 Share on facebook
Share on linkedin
Share on twitter
Share on email
Her two-part docuseries, “Carole Baskin’s Cage Fight,” recently launched on Discovery+ and Baskin couldn’t be happier about the public getting a different view of her work as an animal activist.
In the series, she and her husband Howard Baskin, along with their team investigate the treatment of big cats in captivity.
That includes scouring the G.W. Zoo, formerly owned by Joe Exotic (Joseph Maldonado-Passage), for signs of animal abuse and killings.
Nearly 70 big cats removed from Oklahoma animal park featured in the Netflix documentary ‘Tiger King: Murder, Mayhem and Madness’
The property was awarded to Baskin and her Big Cat Rescue after Exotic was found guilty and sentenced to more than 20 years for his role in a murder-for-hire plot against Baskin and violating wildlife laws.
Read More
As far as Baskin is concerned, the only good thing that came out of her participation in “Tiger King” was “one scene where a tiger was giving birth and they were dragging that cub across the rocks with that metal pole to squeeze it through the wire.”
“When people saw that, they were appalled,” she said. “It was enough that people started talking about the issues.”
Those issues include the breeding of big cats for profit and abuse of the animals.
She’s hoping her new show will educate people and get them to throw support behind The Big Cat Public Safety Act, legislation that would ban private ownership of big cats and forbid zoos from allowing visitors to pet them.
Baskin is more focused on that than she is on “Tiger King 2,” which debuted on Netflix Wednesday.
She declined to participate in the second season and is pursuing legal action against Netflix for using footage of her in promotion of the second season, she claims, without permission.
“They had reached out to me, as they had reached out to everyone, trying to get them to sign release forms,” she said. “When I saw that I told them to lose my number.”
In an email to CNN, a spokesperson for Netflix declined to comment for this story.