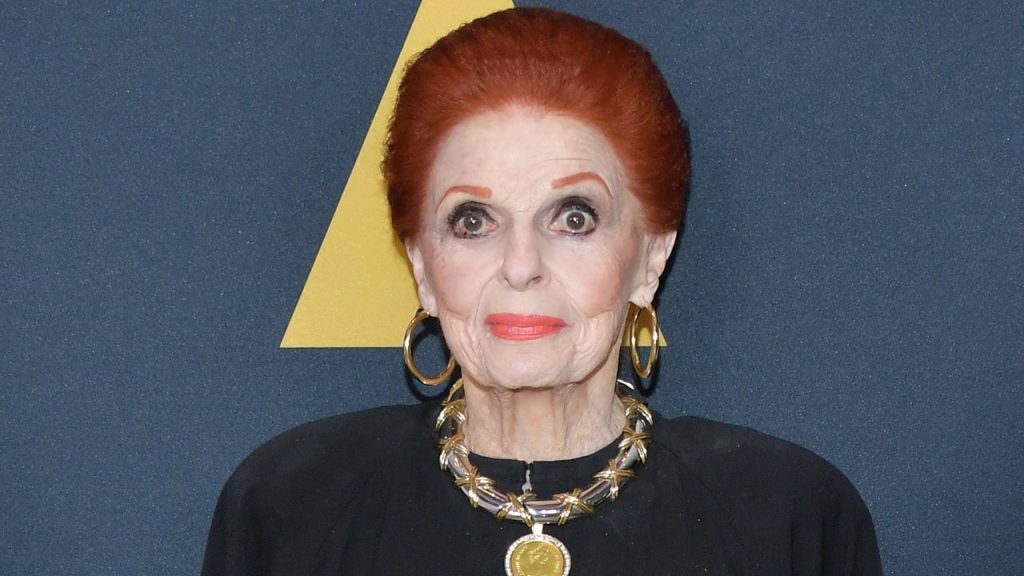 “She was one of my favorites. She passed away from heart failure today. She was in the hospital. She came home last week. Her birthday would have been Saturday. She would have been 99. She died peacefully, and her husband was there,” Malcolm shared.

“She was a wonderfully gifted and outrageous woman. She could say the dirtiest things and you would never be offended,” he added. “She was a lovely, lovely person. She was an incredibly talented woman and loved what she did.”

Cook came to Hollywood in 1959 from Texas, getting her start on an episode of Ball’s Westinghouse Desilu Playhouse. Born Mildred Frances Cook, Ball convinced her to change her first name from Mildred to Carole in honor of the actress she most admired, Carole Lombard. She later signed with Desilu.

Cook then worked alongside Ball on 18 episodes of The Lucy Show from 1963-68 — often playing Lucy Carmichael’s pal Thelma Green — and later in five installments of CBS’ Here’s Lucy from 1969-74.

The pair were reportedly such good friends, that Cook even lived in Ball’s home after her divorce from Desi Arnaz.

Cook married her husband, Tom Troupe, in 1964 with the Ball serving as the Cook’s matron of honor. Cook and Troupe co-starred in the Los Angeles and Dallas productions of The Lion in Winter and later appeared together in The Gin Game.

In addition to her work with the famous comedienne, Cook also played the part of Don Knotts’ wife in 1964’s The Incredible Mr. Limpet, and starred as Molly Ringwald’s grandmother in 1984’s Sixteen Candles.

In 1965, she became just the second actress to portray Dolly Levi in Hello, Dolly! following Carol Channing who first took on the role. She also appeared on the original Broadway productions of Romantic Comedy and 42nd Street.

Cook’s other credits include Kojak, Dynasty, Cagney & Lacey, The Many Loves of Dobie Gillis, That Girl, McMillan & Wife, Chico and the Man, Magnum, P.I., Hart to Hart, Grey’s Anatomy, The Gauntlet, American Gigolo, Summer Lovers and 2004’s Home on the Range.

One of her final performances came in 2018, during a one-woman show at Feinstein’s/54 Below club in New York, where she sang and shared memories.

Cook is survived by her husband, her stepson, Christopher, and his wife, Becky, as well as her sister Regina and her nieces and nephews.