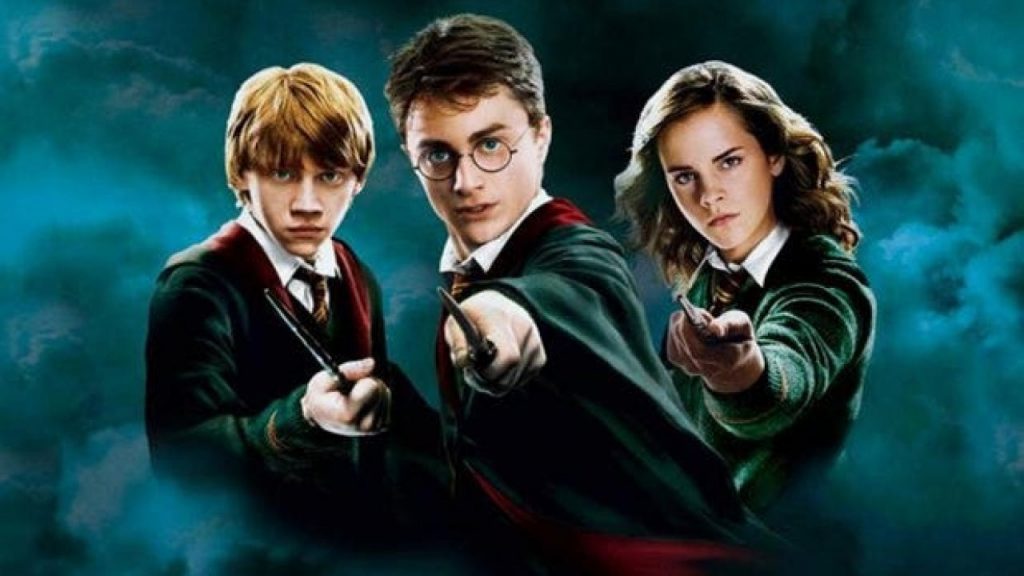 Whether you’re a Wizarding World aficionado or just any regular old muggle, this week calls for a lot of celebration as the franchise’s first film, Harry Potter and the Sorcerer’s Stone, celebrates its 20th anniversary on Tuesday. In classic Harry Potter fashion, there are a handful of magical streaming events and celebrations slated that will properly honor the boy who lived — and give you an excuse to re-immerse yourself in the enchanting splendor of this witchy universe, too.

On Tuesday, Nov. 16, you can get your wizarding fix via the SyFy channel’s Sorcerer’s Stone marathon — which will broadcast all eight movies throughout the day. Then, on Nov. 28, it’s a battle of the brains with the highly anticipated premiere of Harry Potter: Hogwarts Tournament of Houses on TBS and Cartoon Network — a trivia competition hosted by Helen Mirren which will put the knowledge of even the biggest Harry Potter fans to the test.

Even if you don’t have live TV or cable, you can still binge-watch all of the Harry Potter films via a number of streaming platforms! While the Harry Potter franchise’s run on streaming has had more twists and turns than a quidditch match, all eight Harry Potter films are now available on both HBO Max and Peacock, where they will be available for subscribers and muggles alike to stream in honor of the 20th anniversary of the first film’s release.

Tap into your inner witch or wizard this fall with a proper binge-watch of one of the most famed franchises in cinematic history, and celebrate the 20th anniversary of Harry Potter and the Sorcerer’s Stone while you’re at it!

All eight films are now available to watch on Peacock Premium.

You can also buy all eight of the Harry Potter films on Amazon Prime Video, where each movie will cost you less than $10 to stream.

Ahead, check out some Wizarding World essentials that will make your next Harry Potter viewing party that much more magical. Plus, shop ET Style’s top picks for the cutest Harry Potter Funko Pop! toys, along with this year’s adorable advent calendar and Le Creuset’s magical Harry Potter-themed collection.

Add a touch of magic to your next Harry Potter binge with this mystery wand that’s perfect for kiddos.

Let the sorting hat tell you where your true wizarding loyalty lies.

Indulge in this chocolate frog treat that feels like it’s straight from the Hogwarts Express trolley.

If you’re really a loyal Harry Potter fan, then prove it with this magical banner.

Your Streaming Guide to Netflix, Hulu, HBO Max, Disney Plus and More

‘Friends’ Reunion: The One With the Things You Didn’t Know

‘Friends’ Cast: How Their Characters’ Friendships and Futures Play Out