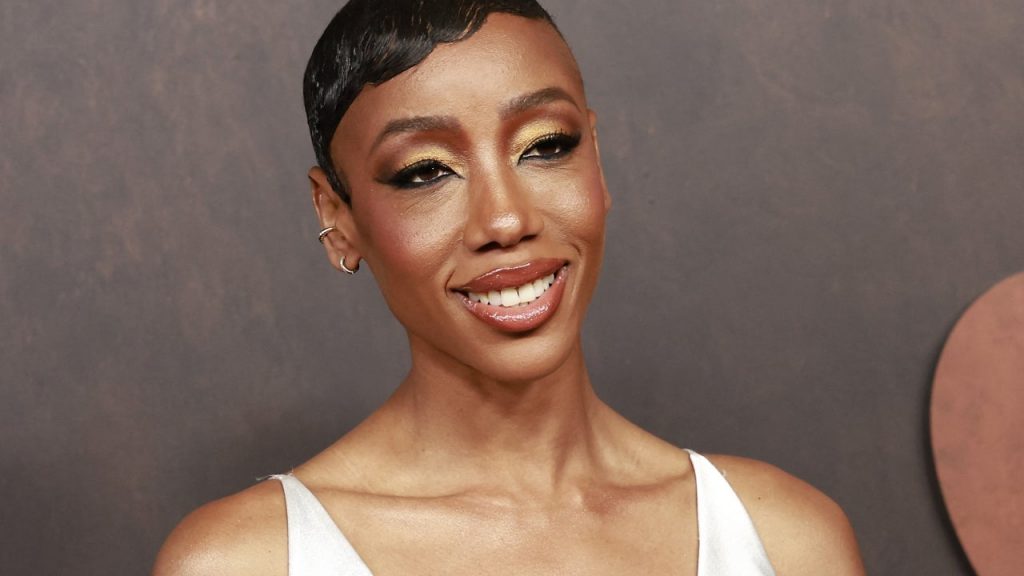 After winning the Heath Ledger Scholarship film award in 2018, Australian actress Charmaine Bingwa has been making a name for herself onscreen on the critically acclaimed Paramount+ series, The Good Fight, and with film roles in the Blumhouse production, Black Box, as well as the 2023 awards season contender, Emancipation, opposite Will Smith.

While promoting the latter, the 37-year-old breakout spoke to ET’s Kevin Frazier about the emotional challenges of making the film inspired by the 1863 photos of “Whipped Peter,” her interest in reuniting with creators Robert and Michelle King for another spinoff of The Good Wife and her connection to Ledger.

When it comes to the late Oscar-winning actor, who died in 2008 at the age of 28, both Bingwa and him are from Perth, the capital of Western Australia, making them two of a handful of notable stars who have broken through in Hollywood. And for the actress, the scholarship “changed my career,” says Bingwa, who is the first Black and LGBTQ performer to win in the first nine years it was awarded. “It feels good to be somebody who’s like a game-changer and changing it up. So, you know, it’s such a wonderful thing.”

Close with Ledger’s family, Bingwa believes “they would be proud of me, too.” Not only that, but “it’s a full-circle moment,” she says as she finds herself on the cusp of her own awards season buzz.

That much-deserved attention is for her turn as Dodienne in Emancipation, directed by Antoine Fuqua. She plays a mother and the wife of Peter (Smith, whom she calls “a beautiful human”), who escapes from slavery before eventually joining the North during the Civil War and later returns to plantation to reunite with the family he was forced to leave behind.

Filmed on location at a plantation in New Orleans, Louisiana, during the summer of 2021, Bingwa recalls feeling “the energy in the air” where thousands of men, women and children were enslaved hundreds of years prior. “It’s like heart-in-the-throat energy,” she says. “I remember there was one [scene] where we went onto the cotton fields and there’s about 300 extras. There’s mens with dogs and it just feels like you’ve literally been transported there.”

Not only that, but Bingwa gets emotional thinking about working with Fuqua on the film, and “his humanistic approach” to capturing this story onscreen. “He works from such a deep, soulful place,” she says. “He’s given me notes that I will remember for the rest of my days, they were so steeped in meaning and spirit.”

One specific example is when they were filming on the fields of the plantation. “He would just look at the ground and be like, ‘In this very soil that we stand upon is 400 years of pain. This is why we’re doing this film,'” she remembers, before recalling how the director helped her with an important monologue. “There was one particular moment in there where I say to my children, ‘Hold on.’ And he was like, ‘I want you to look through that camera and say to Black America, ‘Hold on.” He’s just a profound human being and an absolute pleasure and delight to work with.”

In addition to Fuqua, Bingwa also had a great experience working with the Kings, who created The Good Wife series, which co-starred Christine Baranski as Diane Lockhart, who later became the focus of their spinoff, The Good Fight. Bingwa joined the heightened legal drama as a young lawyer named Carmen Moyo during its final two seasons.

“What a privilege to be amongst those ensemble of actors. It was a beautiful show. Michelle and Robert, who lead it, are just great, amazing creators to work for and I don’t think it has sunk in. I went straight from that show onto the set of another show, so I hadn’t really had much time to process it,” she says, referring to the upcoming Showtime series, King Shaka, which is executive produced by Fuqua.

The series, which saw Carmen navigating office politics and dangerous high-profile clients as a new associate at Lockhart’s firm, came to a dramatic and emotional end in November. While most characters’ stories were wrapped up, Bingwa’s was left more open-ended, with her character potentially going down a number of different paths.

“I feel like they did a great job with the writing ’cause sometimes finales don’t live up to all of the six years you’ve been through. But I think they did it justice,” she says of the last episode.

And given that, there’s no reason the Kings couldn’t revisit her story in another spinoff series down the road. “I think in the right circumstances,” Bingwa says she would “absolutely” be up for another run as Carmen. “Michelle and Robert are geniuses. I would email them all the time and be like, ‘By the way, in case no one’s told you today, you are a genius.’ And so yeah, I would love to work with them again.”

Until then, audiences can enjoy her continued rise onscreen when Emancipation premieres in theaters on Friday, Dec. 2 before streaming on Apple TV+ starting Dec. 9.