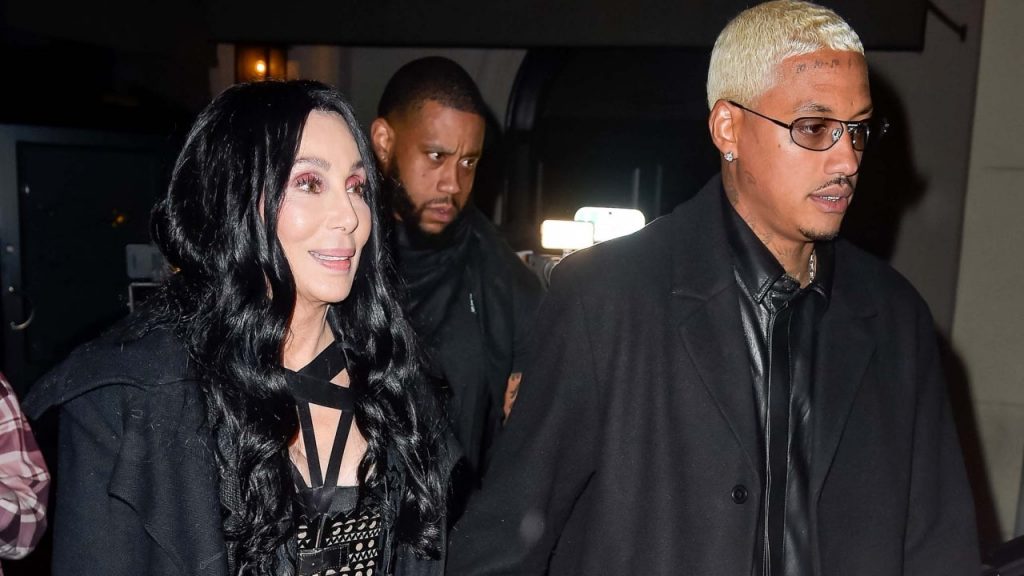 Cher believes in life with love! The 76-year-old pop icon took to Twitter over the weekend to open up for the first time about her rumored romance with Alexander “AE” Edwards, who is 40 years her junior.

On Sunday, Cher posted a pic of the 36-year-old music executive, writing, “Alexander?.”

One fan commented that she was “suspicious of his intentions toward you” and Cher replied, “As we All Know …I WASNT BORN YESTERDAY,& What I Know For Sure…There Are No Guarantees. Anytime you make a Choice You Take a Chance.I’ve Always Taken Chances…It’s WHO I Am.”

When one fan asked if AE was her “new man,” Cher replied with a loving emoji, and confirmed to another fan that they first met at Paris Fashion Week.

Cher told another fan that “everyone” in her family has met her new beau, and when one fan asked how he was treating her, she replied, “LIKE A ?”

Later Cher tweeted, “I’m Not Defending us. Haters are Gonna Hate…Doesn’ Matter That we’re Happy & Not Bothering Anyone.”

The new couple was first spotted holding hands last week while out in Los Angeles for dinner at Craig’s before attending a party at The Nice Guy.

According to the eyewitness, “Cher and Alexander looked very flirty and were holding hands at the table.”

After leaving the restaurant, Cher and Edwards got into a car, where he kissed her hand as they drove off.

Edwards, who is the VP of A&R at Def Jam Records, was last linked to Amber Rose. The pair confirmed their romance in 2018. One year later, they welcomed their 3-year-old son, Slash Electric Alexander Edwards. Rose and Edwards ended their relationship in 2021, and he admitted to cheating on her with 12 women.

Meanwhile, Cher has kept her love life private, but has opened up about her past relationships with Tom Cruise, Val Kilmer and KISS frontman Gene Simmons.

In 2018, the “Turn Back Time” singer dished on her feelings about dating in the limelight and why it’s so hard.

“Not this week. I’m still on the lookout,” the Oscar winner said. “The problem I have with all the boyfriends lately is that I don’t want to go any place with them because you can’t keep a relationship going in this kind of goldfish bowl, where everything you do and every picture you have taken will be on Instagram. There’s no way to keep something special.”

Cher Holds Hands With Alexander ‘AE’ Edwards After Night Out