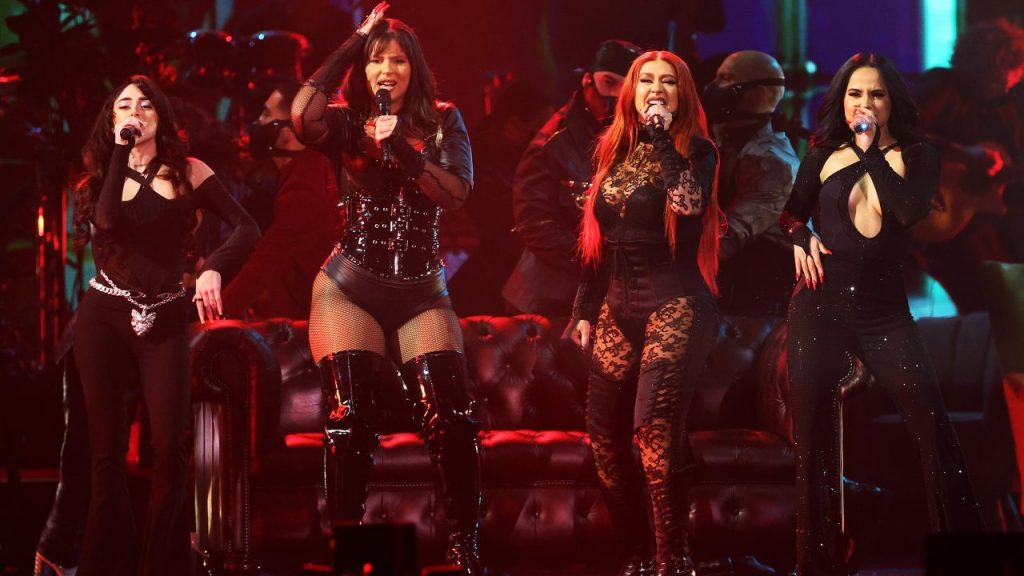 Christina Aguilera brought the girl power to the 2021 Latin GRAMMYs.

The pop star performed her new Spanish-language single, “Pa Mis Muchachas,” with Becky G, Nathy Peluso and Nicki Nicole at Thursday’s awards show. X-Tina kicked off the electrifying performance by showing off her impressive vocal cords with a slow and emotional rendition of her song “Somos Nada.”

While first wearing a billowing black tulle dress, Aguilera then did a quick outfit change that consisted of a black leotard and lace tights.

Becky, Peluso and Nicole, also rocking sizzling black ensembles, strongly came through to sing their verses and join in on the fun. The ladies were joined by a slew of dancers for their sultry performance.

Aguilera last performed at the Latin GRAMMYs in 2000, where she sang “Contigo en la Distancia” and a Spanish version of “Genie in a Bottle.” In 2001, her album, Mi Reflejo, won the Latin GRAMMY for Best Female Pop Vocal Album.

Ahead of this year’s performance, Aguilera told ET about returning to her Latin roots and performing her song in Spanish.

“There are no words,” Aguilera gushed. “I’ve been wanting to do this since Mi Reflejo, when I was baby Christina, just coming out with ‘Genie,’ and all of that. So now as a woman, as a grown woman, and being a mother, having had the career that I’ve had, I was really able to tap into what I want to write about on a deeper level.”

Aguilera is currently working on her second Spanish-language album.