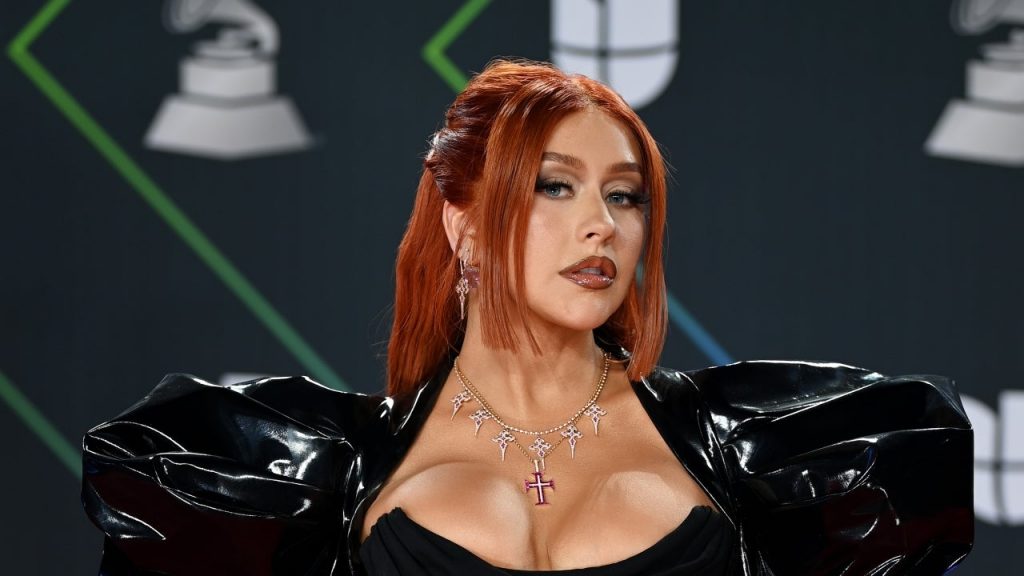 Christina Aguilera has arrived at the 2021 Latin GRAMMYs!

Her bright red hair looked perfectly against the killer look, and perfectly matched with her stunning makeup.

It’s a special night for Xtina, who will be returning to the Latin GRAMMYs stage to perform her new Spanish-language single, “Pa Mis Muchachas,” with Becky G, Nathy Peluso and Nicki Nicole. The song is off her upcoming second Spanish album. This week, she also teased a track titled “Somos Nada.”

The night before, Aguilera performed during the Latin Recording Academy’s 2021 Person of the Year Gala honoring Ruben Blades. After the event, she took to Instagram to share how grateful she was to honor the artist and how excited she was for her upcoming performance.

“Had the best time performing for the most deserving Person of the Year, Ruben Blades! Can’t wait to continue the celebration tonight at the @latingrammys!!” she wrote.

“My Latin GRAMMY Award is one of my most valued possessions, and returning to this show brings back incredibly fond memories of my first Latin album, Mi Reflejo,” the singer told ET, before praising her Latina colleagues in helping her bring “Pa Mis Muchachas” to life.

“Becky G is a force and I’m grateful to have her be a part of ‘Pa Mis Muchachas,’ along with two other incredible artists — Nathy Peluso and Nicki Nicole,” Aguilera added.

For more of ET’s Latin GRAMMYs coverage, see below.