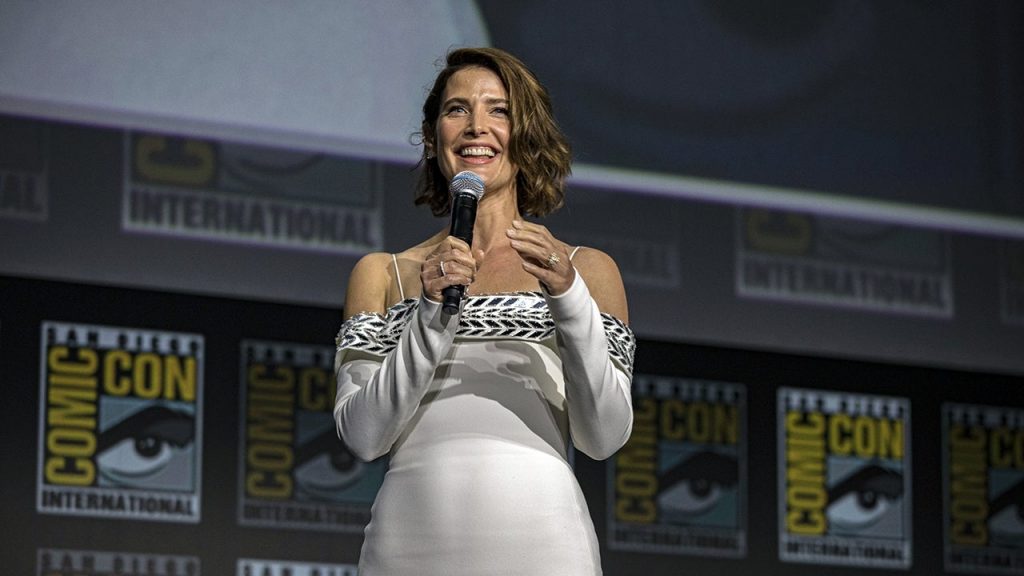 During San Diego Comic-Con 2022, Cobie Smulders took the stage in Hall H alongside Marvel Studios president Kevin Feige to reveal new footage and tease what’s in store for Secret Invasion. But it was backstage with ET’s Matt Cohen, where the actress revealed more about the latest MCU spinoff series that will explore Nick Fury’s (Samuel L. Jackson) complicated relationship with the Skrulls.

Described by Smulders as a “dark, political thriller,” the crossover event series will show how a faction of shapeshifting Skrulls has been infiltrating the planet for years. Smulders will reprise her role as Maria Hill alongside Jackson as Fury, Don Cheadle as James Rhodes while introducing Kingsley Ben-Adir, Emilia Clarke, Olivia Colman and Reg?-Jean Page to the franchise.

“The Skrulls are here. They’re here, baby, and they want to stay,” Smulders teased to ET, adding that “we got introduced to them in Captain Marvel, which was in the ’90s. And they’ve been sort of percolating into our planet and they’ve been taking human form, so we haven’t really known the magnitude of their presence. But we’re learning that in the series.”

Following Captain Marvel, Skrulls have popped up in the MCU, with notable appearances at the end of WandaVision, when Monica Rambeau (Teyonah Parris) is recruited for an intergalactic mission, and in Spider-Man: Far From Home, when Talos (Ben Mendelsohn) and Soren (Sharon Blynn) replaced Nick and Maria on Earth. Last seen in the Skrull flagship in space, Nick will play a central role in Secret Invasion after returning to Earth.

“He has a really long history with the Skrulls,” Smulders says. “He sort of feels responsibility towards them, and he feels like he owes them a debt. So, it’s really, really complicated.”

Secret Invasion, meanwhile, is set to premiere on Disney+ in the spring of 2023 as part of Phase 5.