‘Confess, Fletch’ lets Jon Hamm show off his lighter side without Chase-ing the past 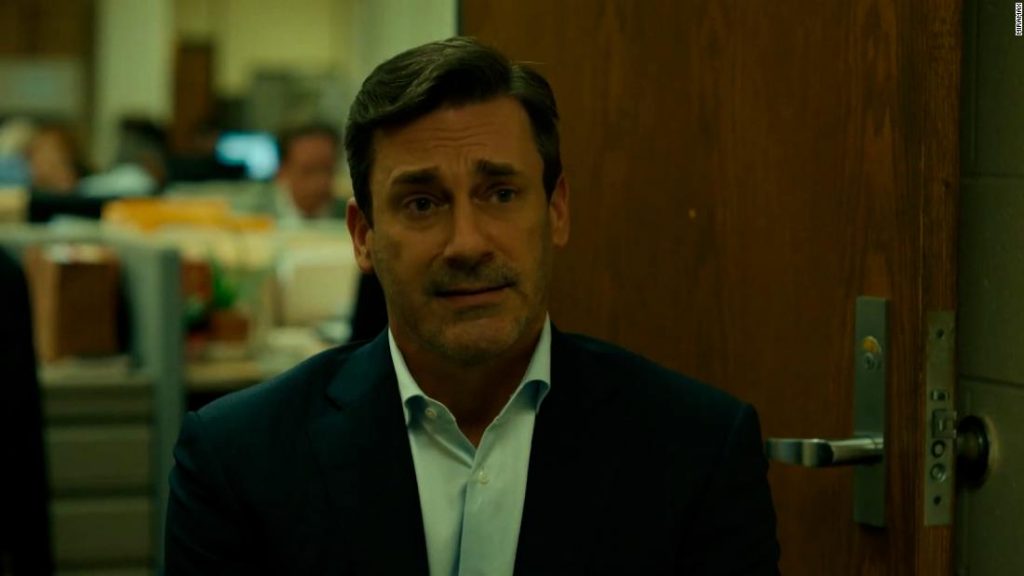 Jon Hamm hasn’t found many roles to rival his breakthrough “Mad Men” part, and “Confess, Fletch” certainly doesn’t either. Yet this refreshed version of the smart-alecky character Chevy Chase played in the 1980s has a certain breezy charm, not worthy of rushing to a theater but hardly a waste of one’s digital-viewing time.

Working from Gregory Mcdonald’s books, as adapted by director Greg Mottola (who worked with Hamm on the mostly forgettable “Keeping Up With the Joneses”) and co-writer Zev Borow, the film casts Hamm as the barely employed investigative reporter who goes by that strange nickname, drawn into a murder-mystery on behalf of his alluring Italian girlfriend, Angela (Lorenza Izzo).

Angela’s wealthy father has gone missing, raising questions both about what happened to him and the whereabouts of priceless paintings that he owned. Fletch thus travels to Boston, where he encounters an eccentric assortment of characters, often leaving Hamm in what amounts to a straight-man role, with a lot of arched eyebrows and quizzical looks.

The supporting players provide much of the fun, from former “Mad Men” co-star John Slattery as his cranky, foul-mouthed former editor to Marcia Gay Harden as Angela’s breathy stepmother, who keeps insisting that she won’t sleep with Fletch no matter how many times he doesn’t ask her. Plus, there’s Kyle MacLachlan as an art dealer with his own set of tics and quirks.

Who did what is actually pretty irrelevant, with the mystery – which quickly turns Fletch into a suspect in the eyes of the irritated cops (Roy Wood Jr., Ayden Mayeri), hence the title – taking a back seat to the overall atmosphere.

“Confess, Fletch” doesn’t possess a whole lot of heft, but it manages to serve as an old-fashioned and playful star vehicle, carving out a version of the character that’s distinctive from Chase’s broader, more slapstick-oriented take. There are also small but playful touches, like Fletch wearing Lakers gear in, you know, Boston.

Fletch might not really have any reason to confess, but on that modest level, the movie qualifies as a not-so-guilty pleasure.

“Confess, Fletch” premieres in US theaters and on digital platforms on September 16. It’s rated R.