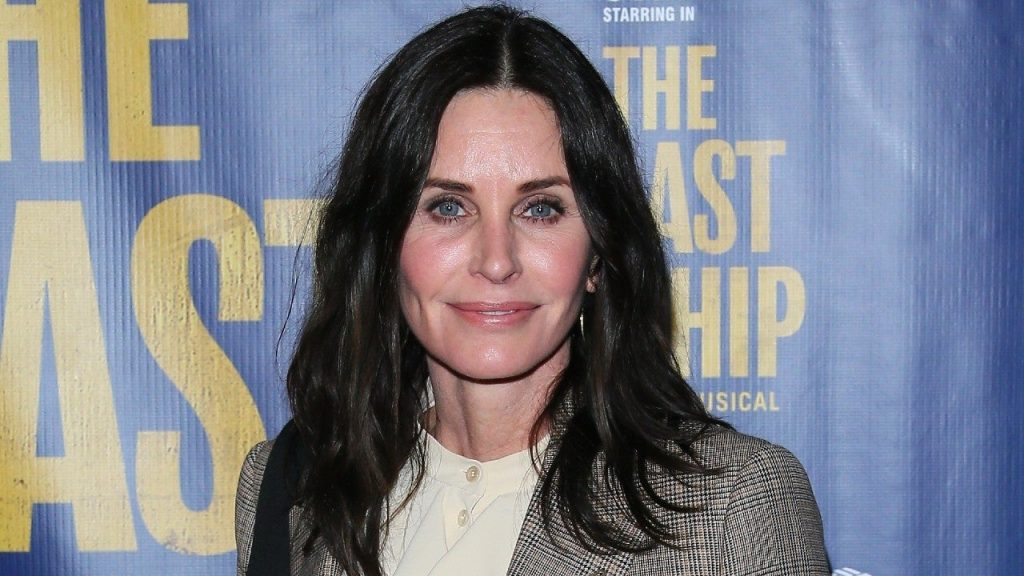 Ashton Kutcher Feels ‘Lucky to Be Alive’ After Revealing Battle …

Ashton Kutcher Does First Sit-Down Interview With His Twin Broth…

‘Sister Wives’: Janelle Accuses Kody of Using Her for Money

‘Bachelor in Paradise’ Recap: Must-See Moments From the Season 8…

The one where Courteney Cox surprises lucky Friends fans. On Wednesday, the actress, who starred as Monica Geller on the series, shared a video of her dropping in on tourists who were doing a tour of the Friends stage on the Warner Bros. lot.

“I’m working at Warner Bros. and I thought this would be the perfect time for me to surprise some Friends fans and photobomb their shots,” the 58-year-old actress said in the video.

In the clip, unsuspecting tourists get excited as they are told to sit on the iconic orange couch. In the moment they are getting their photos taken, Cox pops up from behind the couch — unbeknownst to them. The cameraman asks the fans to give the photos their seal of approval, and that’s when they notice the big reveal.

“Don’t you hate a photo bomber? #friends,” she captioned the video.

Another shocked fan is brought to tears as she hugs Cox and tells her, “This is the coolest thing to happen in my life.”

Following Cox’s reveal, she poses with the fans for one final group shot.

“You cutie patootie, @courteneycoxofficial,” Jennifer Garner wrote in the comments.

“No. I do NOT hate a photo bomber. Those people are AMAYYYYYZING & geniuses,” Angie Harmon added.

“I actually didn’t write the tweet that said ‘Friends wasn’t funny either’ but I wish I had,” the rapper wrote.

In Cox’s video, she plays West’s song, “Heartless,” before noticing the rapper’s message. She angrily sets down her phone and walks away.

“I bet the old Kayne thought Friends was funny ?,” Cox captioned the video.

Courteney Cox Admits She Doesn’t Remember Being on ‘Friends’

PrevPreviousAmy Robach and T.J. Holmes Return to ‘Good Morning America’ Amid Romance Reveal
NextWill Smith Says He’s Done Some of His ‘Best Parenting’ Within the Past YearNext