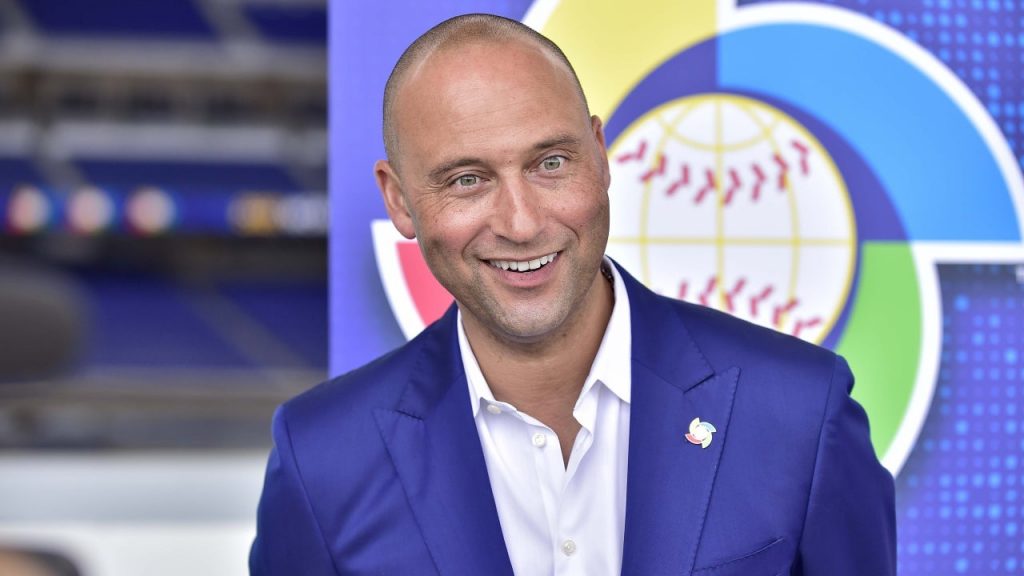 Jeter, 48, shared a rare snapshot of the sweet parenting moment to Instagram on Thursday. In the pic, Jeter is seated in a wooden Adirondack chair on his lawn, while his girls apply nail polish to his hands.

Jeter jokingly sports a somewhat manic look on his face that really sells his simple caption of, “HELP!!!”

Jeter shared the same snapshot to Twitter, writing, “I have a new appreciation for nail polish remover.”

The New York Yankee legend’s daughters — Bella, 4, and Story, 3 — seemed to be having a great time glamming up his nails, while Jeter’s youngest daughter, 8-month-old River Rose, sat by his feet and played with a ball on the grass.

The baseball star shares his adorable girls with his wife, Hannah Jeter, whom he married in 2016, after dating for several years. The pair are known for being incredibly private about their personal life and never confirmed that they were expecting a third child together before the news of her arrival broke in December.

For more on the cute couple, see the video below.

Derek Jeter Reveals Where He Stands With Alex Rodriguez Today

Why Derek Jeter Decided Alex Rodriguez Was Not a ‘True Friend’