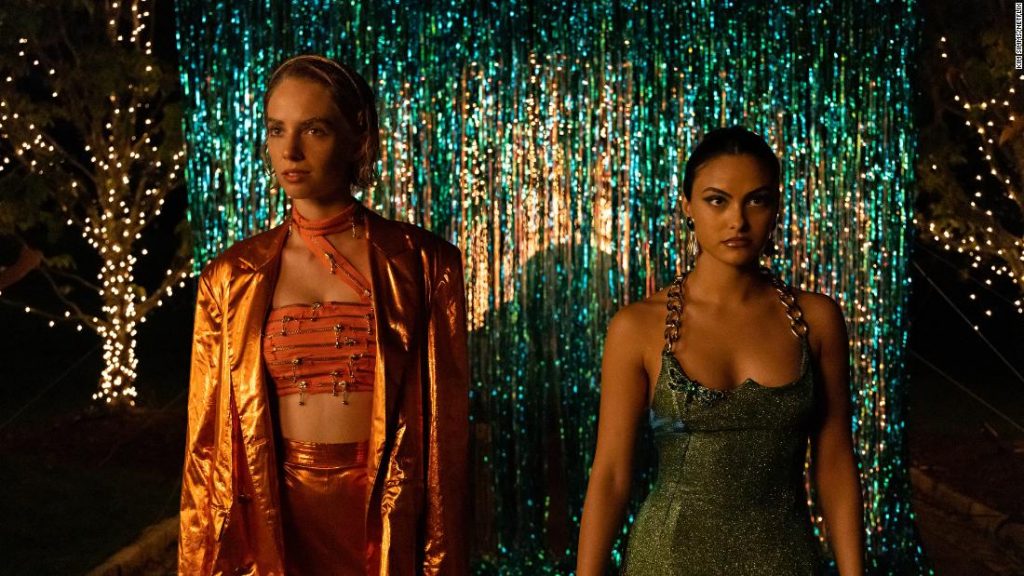 (CNN)”Do Revenge” has all the makings of an attention-generating machine, combining a “Mean Girls” vibe with the stars of two popular teen franchises in Camila Mendes (“Riverdale”) and Maya Hawke (“Stranger Things”). It’s too bad the Netflix movie doesn’t match those qualities, offering a mishmash of homages that’s mildly diverting but can’t ace the final.

Advertisements
The most obvious inspiration in this second film from director Jennifer Kaytin Robinson (Netflix’s “Someone Great”) would be Alfred Hitchcock’s oft-copied “Strangers on a Train,” as a pair of high-school students meet, realize they have simmering grudges against different people and discuss the prospect of teaming up to take revenge against them.
Yet the plot (based on a script by Robinson and Celeste Ballard) doesn’t pursue that enticing prospect with much conviction, which might explain why it runs out of steam down the stretch. The movie also owes debts to a lot of other teen fare, such as “Cruel Intentions,” itself an adaptation of the French novel that became “Dangerous Liaisons.”
Mostly, it’s a story of unlikely friendship, set against the backdrop of another private school where the parties make Roman bacchanals seem restrained and pale by comparison. The cast is also loaded with talent from other franchises who are also getting a little too grown up to be playing high-school students much longer, including Austin Abrams (“Euphoria”), Alisha Boe (“13 Reasons Why”) and in a disarmingly small cameo, Sophie Turner (“Game of Thrones”).
Describing themselves as “two wounded soldiers on the battlefield of adolescence,” Mendes’ Drea is the queen bee at the top of the social strata, despite being a scholarship student in this realm of wealth and privilege. She directs her anger at dreamy ex-boyfriend Max (Abrams), who leaked an explicit tape of her, while Hawke’s Eleanor has nursed an old grudge against a girl who leveled a false accusation against her in the course of outing her.
Read More
“In this story nothing is at seems,” Drea warns in voiceover near the outset, which should be a tipoff of twists to come, as she and Eleanor take turns serving as narrator, which works until, toward the end, it doesn’t.
Netflix has wrung considerable success out of the teen genre, with everything from romance to thrillers, including previous projects that have offered fresh takes on familiar tales like “Cyrano de Bergerac.” But “Do Revenge” starts down that path before taking a significant detour — a strategy that isn’t bad in theory but loses something in the execution.
Granted, the casting probably represents half the battle, and Mendes and Hawke have a solid showcase, if one that doesn’t depart much from their series personas.
Then again, “Do Revenge” isn’t about stretching conventions but rather simply finding another wrinkle on what has become an established formula. It does that, but for a movie where the characters speak often about their Ivy League aspirations, creatively speaking it lands more in the safety-school category.
“Do Revenge” premieres September 16 on Netflix.